Peru: discontent swells, the new president is about to announce her government

While numerous protests have erupted since Thursday in Peru demanding the release of former President Pedro Castillo after his failed coup attempt, new President Dina… 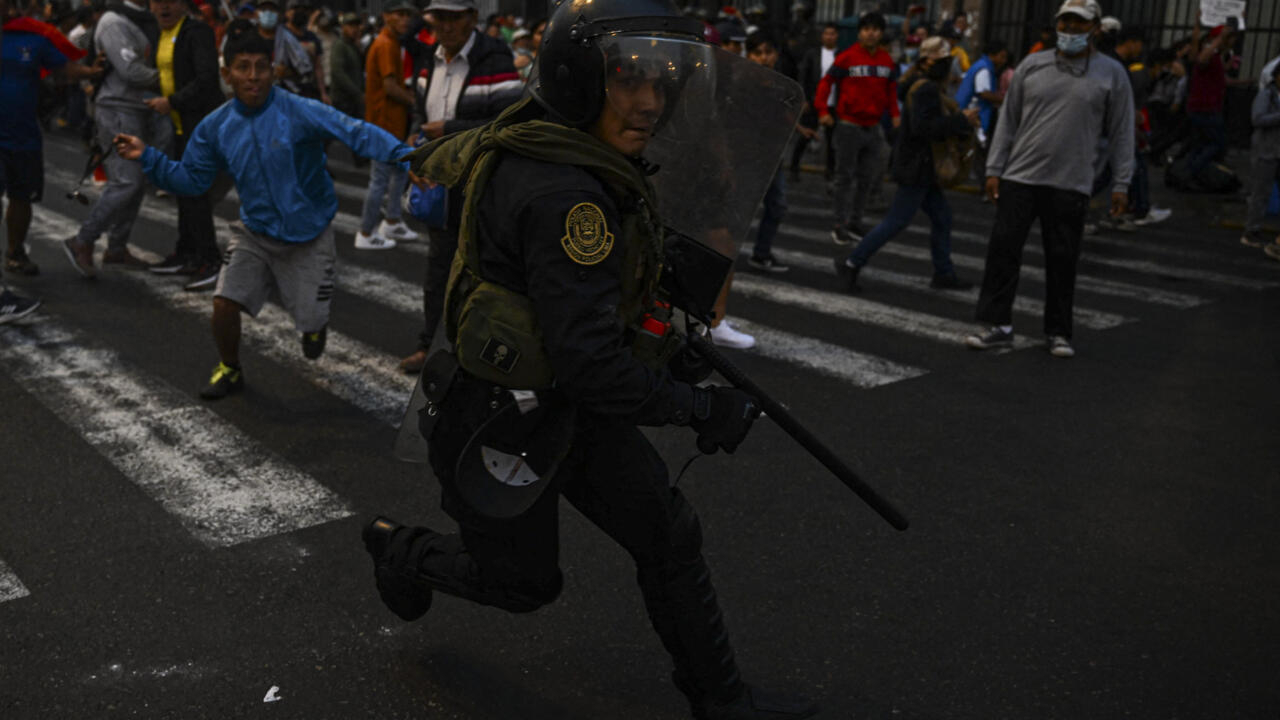 The new president of Peru Dina Boluarte plans to announce her government on Saturday, December 10, but discontent is growing in the streets, where supporters of former president Pedro Castillo are demanding his release and new elections.

Dina Boluarte, vice-president until her inauguration on Wednesday after the dismissal of Pedro Castillo by Parliament, did not rule out the organization of early elections while announcing the formation of her government on Saturday.

"I appeal to the sisters and brothers who are coming out to demonstrate to ask them to calm down," she told reporters.

“If the society and the situation deserve it, we will propose elections within the framework of discussions with the democratic forces of Congress,” she said, wishing to seek a peaceful solution to the political crisis.

Numerous protests have erupted since Thursday in Lima and several cities across the country, including the Andean regions where Pedro Castillo, a former rural schoolteacher, enjoys the greatest support.

Punctual blockages of the Pan-American highway, the main one that crosses the country and stretches from north to south of the American continent, continued on Friday.

“We want the dissolution of this Congress”

Hundreds of people marched in the streets of the Peruvian capital to demand the release of Pedro Castillo.

"I voted for Castillo, this Congress does not represent us, we want Castillo's release," Maribel Quispe, a protester in Lima, told AFP.

"We want the dissolution of this corrupt Congress and that they release Castillo. He made the decision to dissolve Parliament because they did not let him work," said Sara Medina, who was also protesting in the streets of the capital

To cries of "putschist", the protesters burned banners bearing the image of Dina Boluarte.

Several dozen riot police closed the boulevards leading to Parliament, to prevent the demonstration from passing.

The police had used tear gas on Thursday to disperse the demonstrators who were already heading towards Parliament, displaying signs "Freedom for Castillo", "Boluarte does not represent me" or "Dissolution of Parliament".

"We are living through a coup decreed by the putschist Congress. It is not possible that a small group of a hundred people can depose a president elected by millions of people," said Ana Zevallos, a protester.

The Office of the Ombudsman called on Twitter "all citizens to be calm and responsible", recalling that "the use of violent means during demonstrations (was) prohibited".

After his failed attempt on Wednesday to dissolve Parliament and establish a state of emergency, a maneuver described as a "coup d'etat", Pedro Castillo was placed in pre-trial detention on Thursday for seven days on a complaint from the Public Prosecutor's Office which is suing for "rebellion" and "conspiracy".

He is being held in a police barracks, the same where another ex-president, Alberto Fujimori (1990-2000), is serving a 25-year prison sentence for crimes against humanity and corruption.

His former chief of staff Guidio Bellido as well as Me Guillermo Olivera, one of his lawyers, suggested on Friday that Pedro Castillo had "may have been incited" to dissolve Parliament under the effect of psychotropic drugs.

"He does not remember" his television ad, said Guidio Bellido, calling for an "urgent toxicological test" to be carried out on the former teacher.

"Everyone saw that he was reading in a shaky way, and I assume that he was under the influence of a sedative", added Guillermo Olivera, saying that a glass of "supposed water" had been served to his client before he read "this message written by other people, a few minutes before".