In the Swedish Arctic, the race to launch satellites from Europe

By -20°C, a scientific rocket detaches from the snowy canopy of the Swedish Arctic: from this space center among the most northerly on the planet, a satellite is to be launched in the coming months,… 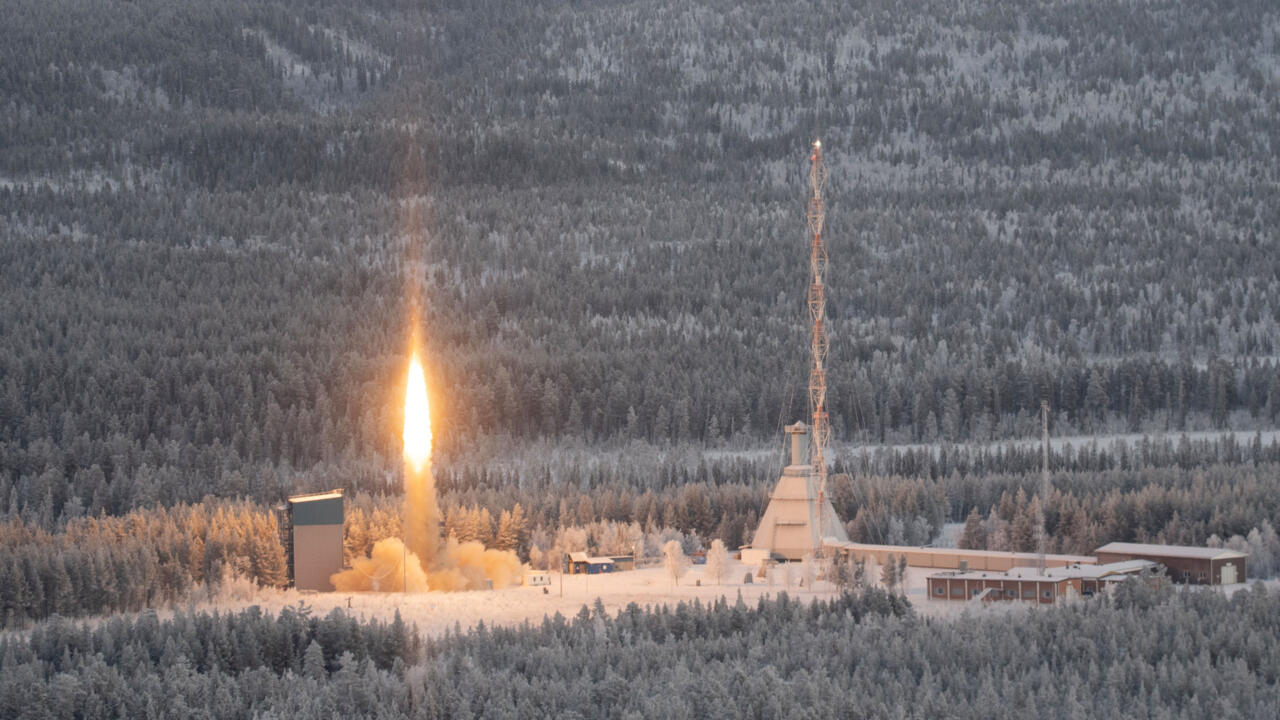 Not a cat on the horizon, only a few reindeer: the desert of forests that covers the region explains why the space base is installed at this place, at the foot of the hill "Radar hill", 200 kilometers above the polar circle .

"Here we have 5,200 square kilometers where no one lives, so you can easily fire a falling rocket without hurting anyone," Mattias Abrahamsson, commercial director of the Swedish Space Corporation (SSC), told AFP.

Created by the European Space Agency (ESA) in 1966 to study the Earth's atmosphere and the aurora borealis, the site has invested heavily in recent years to provide facilities capable of sending satellites.

The new hangar suitable for housing the assembly of two rockets of about thirty meters at the Esrange space center, November 21, 2022 in Jukkasjärvi, in northern Sweden © Jonathan NACKSTRAND / AFP

Under the rosy twilight of this early afternoon, we then see, outside, construction machinery which is activated to complete the construction of three new launch pads.

"It is from here that the firing of satellites will take place from next year", underlines Mr. Påhlsson.

"It's a major step, the biggest since the creation of Esrange".

Nearly 600 so-called suborbital rockets - including the "Suborbital Express 3" on this freezing day in late November - have already been launched from this corner of the far north of Sweden.

If these machines are able to reach space with altitudes of 260 kilometers, they cannot however be placed in orbit around the Earth.

But with the future first launch of a satellite, the base hopes to join a closed club of big names in the history of space conquest such as Baikonur in Kazakhstan, Kourou in French Guiana or Cape Canaveral in Florida.

From the Portuguese Azores to the island of Andøya in the Norwegian Arctic via Spanish Andalusia or the Shetland Islands, the list of competing European projects continues to grow, all determined to be the first to pull off.

“We think we are clearly the most advanced”, assures the SSC, which aims for a first shot at the end of 2023 or the beginning of 2024.

The public company is in discussions with several rocket designers and customers wanting to place satellites in orbit, in a sector in full euphoria.

An antenna at the Esrange space center on November 21, 2022 in Jukkasjärvi, northern Sweden © Jonathan NACKSTRAND / AFP

With the Themis reusable stage project, Esrange will also host ESA tests on rockets capable of resting on the ground - such as the launchers of American billionaire Elon Musk.

While the Plesetsk base in northwestern Russia carried out a few launches after the end of the Cold War, no other country on the European continent can claim this title.

Why is Europe, so far from the more pro-satellite equator, experiencing such a space boom?

"Satellites are smaller and cheaper, and instead of sending one big one you can split them into several smaller ones, and that drives demand," says Philip Påhlsson.

Philip Påhlsson, head of the "New Esrange" project, at the Esrange space center, on November 21, 2022 in Jukkasjärvi, in northern Sweden © Jonathan NACKSTRAND / AFP

Never since the dawn of the conquest of space have so many objects been launched into space as in 2021. And new records are expected in the years to come.

A North Pole-South Pole (rather than East-West) orbit suffices for many of them, making sites like Esrange interesting.

Another advantage: being close to European customers avoids the long and costly ship transport of satellites to Kourou.

Here as elsewhere in Europe, we speak for the moment of "micro-launchers".

Rockets of about 30 meters capable of carrying cargoes of a few hundred kilos.

In the longer term, SSC is aiming for launches exceeding one tonne.

Working in the harsh arctic climate "includes a number of challenges", we acknowledge at SSC.

A tractor at the construction site of three new launch pads at the Esrange Space Center on November 21, 2022 in Jukkasjärvi, northern Sweden © Jonathan NACKSTRAND / AFP

In icy air, particular caution is required, especially when handling metals, which have become more fragile.

But the war in Ukraine - where the European Vega rocket engines are made - and the breakdown of Western space cooperation with Russia have further increased interest in space bases on the Old Continent.

"Europe needs independent access to space and the horrific situation in Ukraine has changed the context for space business," said Påhlsson.