Ukraine: Zelensky near the front, new drone attack on a Russian base

Ukrainian President Volodymyr Zelensky visited Tuesday, December 6 near the front, not far from Bakhmout, the main battlefield in eastern Ukraine where the Ukrainian army has been resisting for… 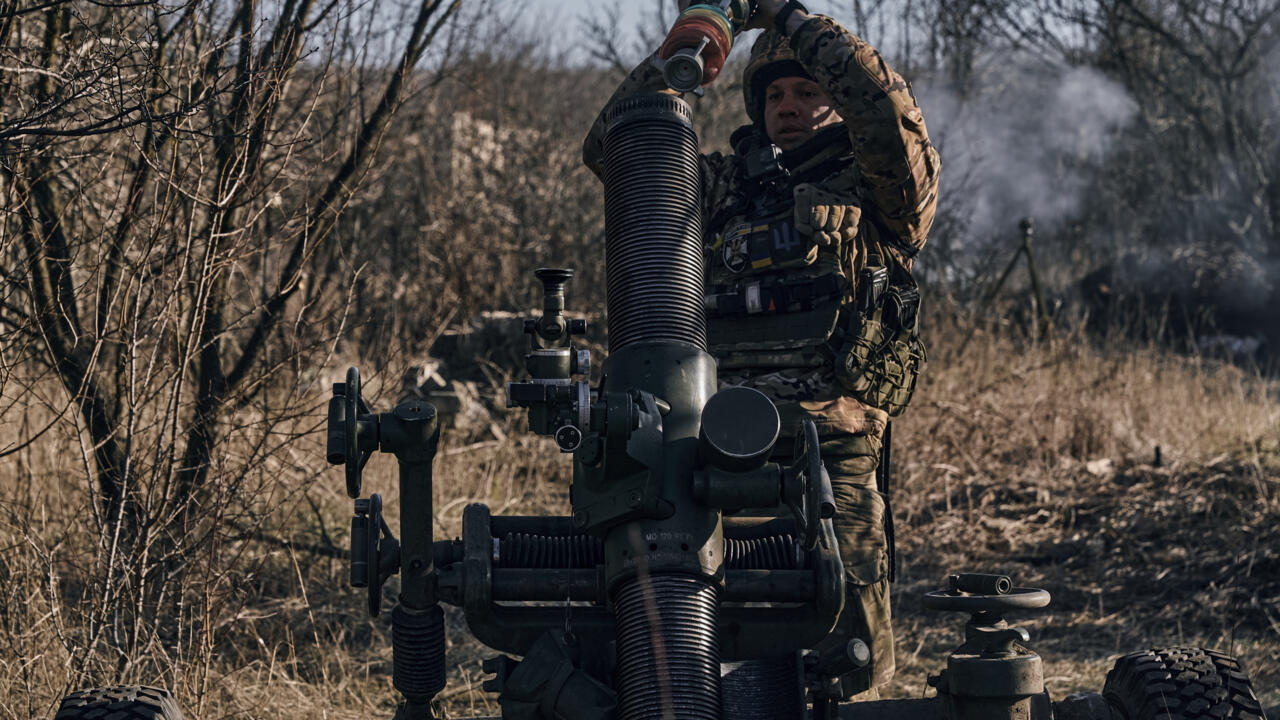 Ukraine: Zelensky near the front, new drone attack on a Russian base

Ukrainian President Volodymyr Zelensky visited Tuesday, December 6 near the front, not far from Bakhmout, the main battlefield in eastern Ukraine where the Ukrainian army has been resisting a Russian offensive for months.

This move comes at a time when Russia accuses its neighbor of increasing drone attacks against airfields on its territory.

Volodymyr Zelensky released three videos of him in the Donbass on Tuesday, a region which Moscow claimed for annexation in September, without however fully controlling it.

Eastern Ukraine is the most difficult axis (of the front)

," the Ukrainian president told soldiers on the occasion of Armed Forces Day.

Thank you for your resilience

," he added, before handing out decorations.

Volodymyr Zelensky regularly goes near the front, something that the master of the Kremlin has never done so far, preferring video conferences from his office or his residence.

Vladimir Putin has made only rare trips, such as on Monday to annexed Crimea, where footage showed him driving a vehicle

over the Kerch bridge

that connects this peninsula to Russia and had been partially destroyed in early October .

by an attack attributed by Moscow to Kiev.

The Ukrainian president was thus Tuesday only 45 kilometers from Bakhmout, which the Russian forces have been trying to conquer since the summer at the cost of considerable destruction, without succeeding for the moment.

Moscow deployed not only soldiers there, but also the paramilitary group Wagner, which recruited convicts.

Ukraine: selfie on the eastern front of the war for President Volodymyr Zelensky who visited Sloviansk and near Bakhmout on December 6.

Ukraine: where is the military aid?

Not far away, in the pro-Russian stronghold of Donetsk, six civilians were killed in Ukrainian strikes, according to local authorities.

Strikes that kyiv does not claim, but which illustrate the difficulties encountered by the invasion launched on February 24 by Vladimir Putin.

We have not provided Ukraine with weapons to be used inside Russia,

” US Foreign Minister Ned Price told the press in Washington.

We have been very clear: this is defensive equipment.

The president said it very clearly some time ago: we do not give Ukraine the means to strike beyond its borders.

We do not encourage Ukraine to strike beyond its borders.

Everything we do, everything the world does to help Ukraine is in support of Ukraine's independence, sovereignty and territorial integrity.

We are providing Ukraine with what it needs to use on its sovereign territory, on Ukrainian soil, to confront Russian aggressors.

On the ground, in Ukraine, the inhabitants continue to suffer power cuts, the day after a new series of bombardments on the energy infrastructure of their country.

a new level of

humanitarian needs" for the population, the head of the UN humanitarian agency said in New York.

Every day there are cuts.

For electricity, it's two or three times a day.

We have for example five hours with current and four hours without current.

In normal times, if conditions permit, we have a schedule of planned outages.

But when Russia decides to hit energy infrastructure, then you can end up without electricity for sometimes much longer periods.

For example on Monday, in kyiv, the situation was different depending on the part of the city.

On the right bank of the Dnieper it was much better than on the left bank.

Whether for electricity, heating, internet or telephone.

When the alarms sounded everything was cut off, even the water in some neighborhoods.

But in the early evening,

two hours after the end of the alert everything was restored.

So from evening to morning everything worked.

And the next morning there was a blackout as per the schedule.

Testimony of Ivan Tokar, a resident of kyiv

If the Kremlin keeps swearing that it will overcome the Ukrainian resistance, the last few months have proved very difficult for the Russian military, faced with Ukrainians motivated and armed by their Western allies.

Plunged into a polar cold, Ukraine repairs its energy installations after a Russian attack

♦ Has Russia found a way to continue producing weapons, despite the sanctions?

The doubt exists, according to the independent British organization Conflict Armament Research, which published a report on the subject on Monday.

Its specialists, who traveled to Ukraine, examined the remains of several Russian missiles found in kyiv after the November 23 attacks.

It appears that at least one of the missiles was manufactured after the implementation of the Western embargo on certain components, an embargo supposed precisely to prevent Russia from producing these weapons.

How was Russia able to obtain these materials?

There are three possibilities.