Donovan Mitchell scored 43 points to lead the Cleveland Cavaliers to victory (116-102) on Tuesday at home against a Los Angeles Lakers team, including the firepower of Anthony Davis, quickly… 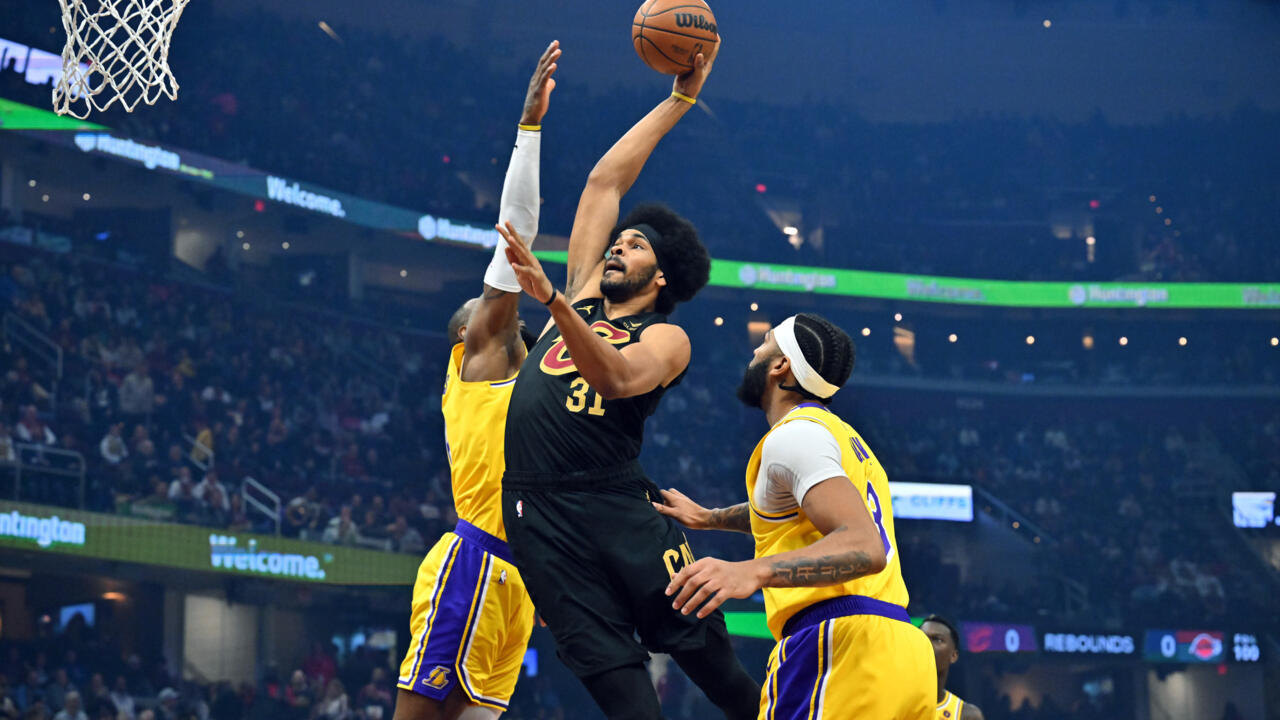 The strong winger, eight-time All Star, had scored 99 points in the Lakers' last two games, including 55 points in the victory over the Wizards in Washington on Sunday (130-119).

But in Cleveland, the 29-year-old 2012 Olympic champion played just eight minutes before quitting the game with flu-like symptoms, and Mitchell and the Cavs took the opportunity to improve on their impressive home record this season. (11 wins for one defeat) and consolidate their 3rd place in the Eastern Conference.

"I take my hat off to our guys," said Lakers coach Darvin Ham.

LeBron James, Mitchell's childhood idol, scored 21 points and grabbed 17 rebounds, but it wasn't enough against the team he started his NBA career with in 2003, and led to a first coronation in 2016 when he returned after winning two titles with Miami.

This time, James' return to his native Ohio was overshadowed by the loss of Davis, who had averaged 34.2 points and 15.4 rebounds in his last 10 games, games in which the Lakers started to lose. straighten out a season hitherto badly started.

Ham said Davis wanted to "go all out," even though his symptoms, including a fever, worsened during the evening.

Even without him, the Lakers, who sit 13th in the Western Conference, managed to stay close, leading by five points with less than five minutes remaining.

But Mitchell then converted a three-point shot for the Cavaliers that ignited their winning final momentum.

Jarrett Allen returned for Cleveland after missing five games with a lower back contusion.

The pivot made a quick impact, scoring 22 of his 24 points in the first period.

Darius Garland added 21 points and dished out 11 assists for the Cavs.

In Miami, Detroit's Croatian winger Bojan Bogdanovic scored 28 of his 31 points in the second period, allowing the Pistons to overcome the Heat (116-96).

Miami guard Tyler Herro finished as the leading scorer with 34 points, but 21 of them came in the first period and the Heat, deprived of Jimmy Butler with a right knee injury the day before, couldn't. find an answer as the Pistons broke away late in the game.

Detroit, 14th and second to last in the Eastern Conference, raced ahead in the fourth quarter.

Alec Burks scored 18 points and 9 rebounds off the bench.

And another substitute, Saddiq Bey, added another 14 points.

The Heat, eliminated in the Conference final last season, remains stuck in 11th place in the East.

Dallas won on the wire in Denver (116-115) thanks in particular to 29 points from Tim Hardaway Jr. His teammate, the Slovenian Luka Doncic, was less brilliant than usual in shooting with 22 points in 37 minutes spent on the floor but he nevertheless contributed decisively to the success of the Mavericks with 10 rebounds and 12 assists.

On the Denver side, winger Aaron Gordon scored 27 points and grabbed eight rebounds.

The Nuggets are in 5th place in the Western Conference and see Dallas come back, 7th, to a victory.