In Germany, cannabis "made in Germany" eager to take off

An old slaughterhouse in the middle of the fields. In this banal setting of eastern Germany flourishes an activity that is much less so: the largest production of "indoor" cannabis in Europe. 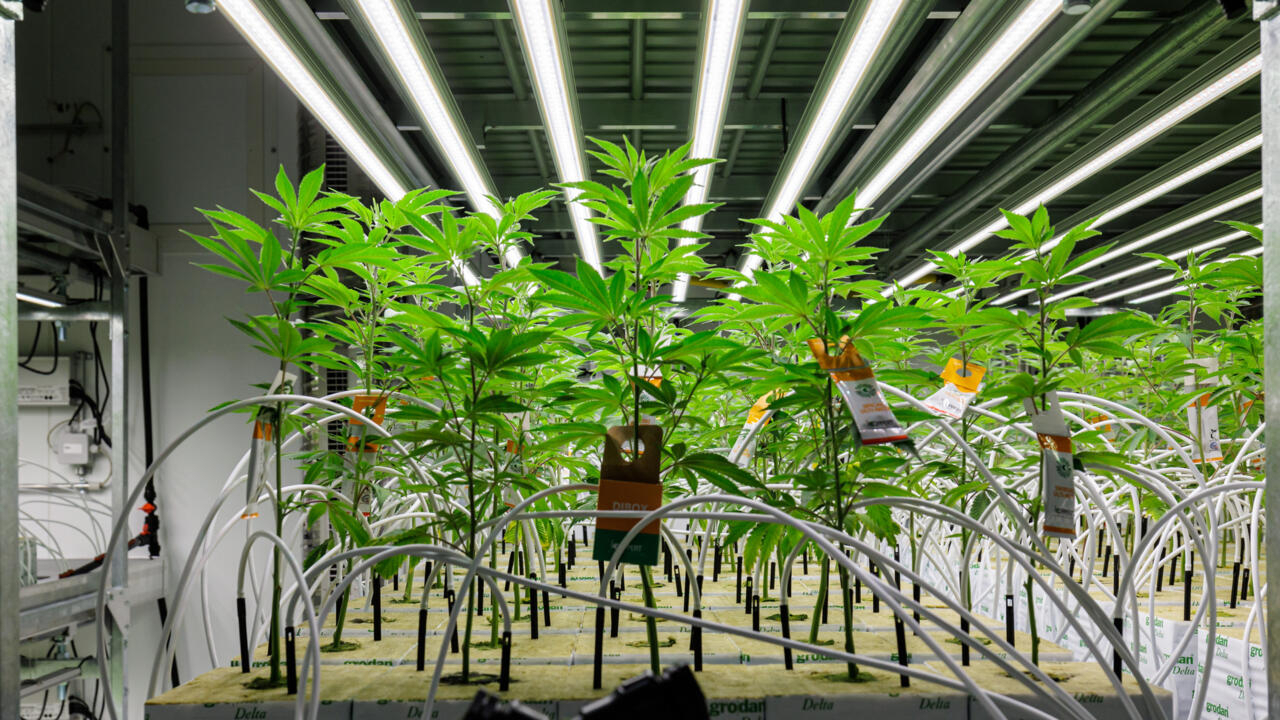 Behind newly renovated concrete walls near Dresden, the German start-up Demecan has been growing "made in Germany" marijuana for a year in full compliance with the law.

It is part of the closed club of companies with a license to produce and market this "green gold" in Germany, authorized for medical purposes since 2017.

The sector, still in its infancy, eagerly awaits the legalization of recreational cannabis, promised for 2024 by the government of Olaf Scholz, despite the controversies.

Upon entering the building, a strong smell hits the nose, as hundreds of marijuana shoots bloom in several rooms, under a blinding yellow light.

"We would have the possibility of developing the installation to cultivate recreational cannabis there", assures AFP the general manager of Demecan, Philipp Goebel.

The German coalition, led by the Social Democrats, recently presented a roadmap to legalize the recreational use of cannabis.

If the law is adopted, and validated by the European Commission, any adult will be able to buy and possess up to “20 to 30 grams” intended for their consumption, thanks to a controlled network of stores and producers, on German territory.

In the huge complex of 120,000 square meters, the company produces a ton of cannabis per year.

But the installation is not used to full capacity.

Demecan could "multiply by ten" its production in the short term to meet future demand, according to Mr Goebel.

A harvest is carried out every two weeks.

Employees are responsible for detaching the cannabis flowers from the long stems, before they are compacted and then dried.

"I like this job a lot, because it's not like the others," said AFP Sven Sköries, 34, a marijuana stalk in hand, also a horticulture student.

Here, there is no problem recruiting to fill the hundred positions, in a region marked by aging and the lack of manpower.

"It's a new sector, it's interesting for me", confirms Jana Kleinschmidt, 25, cutting the cannabis flowers with scissors.

Demecan delivers small boxes to pharmacies, where dried cannabis balls are stored, intended to be vaped by patients in order to soothe pain.

The company also has a license to import 20 tonnes of cannabis from Canada into the German market.

“We supply 55% of the German market,” says Mr. Goebel, who therefore believes that he is in “pole position” in the event of legalization.

Recreational cannabis could reach a turnover of 4 billion euros per year in Germany, according to a study by the Heinrich-Heine University of Düsseldorf.

In recent months, fundraising has therefore multiplied to prepare for this kick-off.

The Berlin start-up Cantourage, producer of cannabis-based medicines, introduced 15% of its capital on the Frankfurt Stock Exchange in mid-November.

Cansativa, the only German platform for the online sale of therapeutic cannabis, raised 15 million dollars (14.2 M EUR) in February... notably from the American rapper Snoop Dogg.

And the Berlin company Sanity Group, one of the European leaders in CBD, for its part raised 37.6 million dollars (35.7 M EUR) at the end of September.

For the state too, legalization will be good business.

Researchers at the University of Düsselorf estimate the gains for public finances from legalized cannabis at around $4.7 billion.

But the project retains many opponents in Germany.

At the end of October, Klaus Reinhardt, president of the very listened German association of doctors, denounced a “cynical” project.

"It is shocking to legalize a substance that we know (...) can cause addictions and mental disorders," he said.

The conservative opposition is also upwind.

Bavarian Health Minister Klaus Holetschek called the government's move a "dangerous signal for all of Europe".