[NHK] For the first time in 26 years, a special committee of the House of Representatives said, "Free debate... 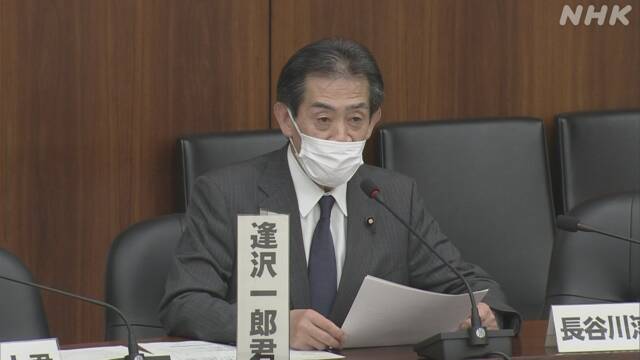 A special committee of the House of Representatives held a "free discussion" for the first time in 26 years, in response to the indication that the provisions of the law concerning election campaigns are out of step with the times, and each party expressed their opinions on how election campaigns should be conducted. .

It has been pointed out that the current election campaign regulations are outdated due to the spread of the Internet and the declining population.

In light of this situation, a special committee of the House of Representatives held a "free discussion" on how election campaigns should be conducted.

According to the House of Representatives, it was the first time in 26 years since 1996 that a special committee held a free discussion, and six parties to which they belonged expressed their opinions.

▽ Mr. Ichiro Aisawa of the Liberal Democratic Party said, "We should realize Internet voting in overseas voting and consider relaxing the election campaign by e-mail. Also, we should regulate the ``rejection campaign'' to lose a specific candidate. ' said.

▽ Constitutional Democratic Party of Japan Hitoshi Tezuka said, "It is necessary to discuss whether election campaigning near the entrance of the early voting station is permitted.In addition, it is strange that the maximum number of legal handbills is the same regardless of the number of voters." I was.

▽ Mr. Takemasa Yamamoto of the Japan Restoration Association said, ``The upper limit of compensation for Miss Uguisu is very low.In addition, deregulation of online election campaigns and the enhancement of public debates should be promoted.'' .

▽ Mr. Wataru Ito of Komeito said, "It is necessary to improve the voting environment as needed, such as moving support for elderly people to go to polling stations in depopulated areas and expanding mail voting for people requiring nursing care." I was.

▽ Mr. Alex Saito of the Democratic Party for the People said, "It is rude to voters that only name calls are allowed from street propaganda vehicles. Also, the distribution of" fake news "should be considered regulation."

▽ Mr. Tetsuya Shiokawa of the Communist Party said, "The age of the right to be elected should be lowered to guarantee the political participation of young people.In addition, the deposit that hinders candidacy should be lowered."