Deforestation: does Ivorian cocoa comply with the new rules imposed by the EU

Through a new regulation adopted Monday evening, the European Union prohibits the import of products resulting from deforestation. Two criteria define the right to “enter” the market… 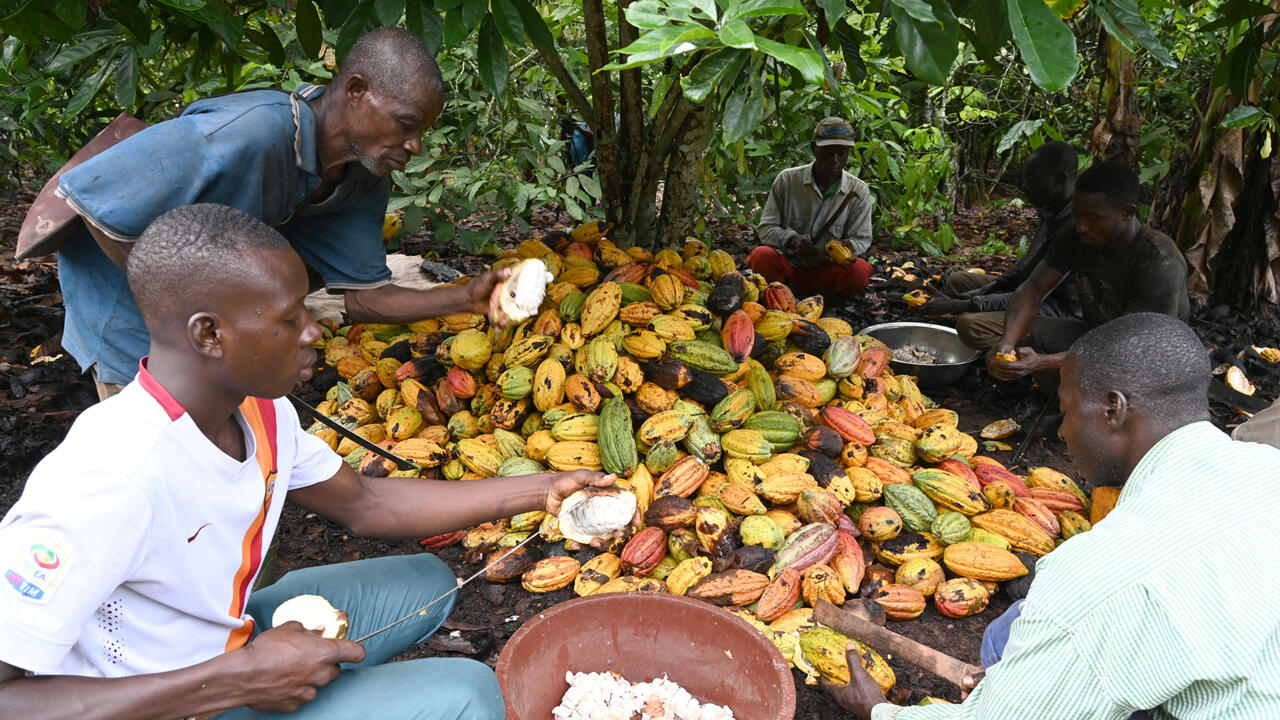 Deforestation: does Ivorian cocoa comply with the new rules imposed by the EU

Farmers work on a cocoa plantation near Sinfra, Côte d'Ivoire.

Through a new regulation adopted Monday evening, the European Union prohibits the import of products resulting from deforestation.

Two criteria define the right to "enter" the European market: the products must not be from deforestation since December 31, 2020 and the product must be legal under its national law.

Among the products concerned, there is rubber but also cocoa.

Côte d'Ivoire produces an average of 2.2 million tons of cocoa per year, mainly for export.

This new regulation is closely followed by the players in this sector, who have already started to reorganize to introduce more traceability.

At the Conseil Café Cacao (CCC), we insist on one point: since 2018, no new plantation has been created.

", says confidently, a manager of this institution.

Recently, the CCC has implemented several measures to establish traceability in the sector, including the distribution of a farmer's card.

According to the Minister of Agriculture, Kobénan Adjoumani, questioned by our correspondent in Abdijan,

, only planters thus identified will be able to export to the European Union.

When your orchards are identified, we (you) give a multifunction card, which has a QR code containing all the information on the producer and his orchard.

There may be people who settle illegally in classified forests,

recognizes the Minister of State

, but once we have decided to geolocate the plantations, to identify the people who will now have maps, traceability is done

What about planters installed in classified areas?

Koffi Kanga, the president of the National Association of Cocoa Coffee Producers (Anaproci), fears a tightening of control measures on the ground.

This official calls for support measures for these planters who are, in his words, “

banished from the system

There are still more knots to be decided to improve the legal framework of this system, specifies another observer.

François Ruf, expert in cocoa economy, doubts the applicability of such legislation, at the microphone of

, from the Economy department.

Companies marketing these products will have to produce verifiable information proving that they were not grown on deforested land after 2020. But “

this is very illusory, because that would mean that there is perfect traceability and that Europe would be able to determine whether a cocoa bean or a bag of cocoa comes from a plantation that was created there several years ago and not on a plot that was cleared after the date they chose in 2020. It is impossible to determine in the current context of countries like Côte d'Ivoire and Ghana.

I'll give you an example: for three years, we've been trying to fight and alert public policies to the disappearance of one of the most beautiful classified forests in the country and one of the last, the

the cocoa leaves through footpaths and once it leaves the perimeter of the classified forest, it is mixed with the rest;

This new regulation should enter into force in 18 months, once published in the Official Journal of the European Union.