Côte d'Ivoire: at the Grand-Bassam trial, the hearings of the accused and witnesses continue

This Wednesday, December 7, was the third day of hearing of the trial of the Grand-Bassam attack. 19 civilians and 3 soldiers died on March 13, 2016 during an attack claimed by AQMI on… 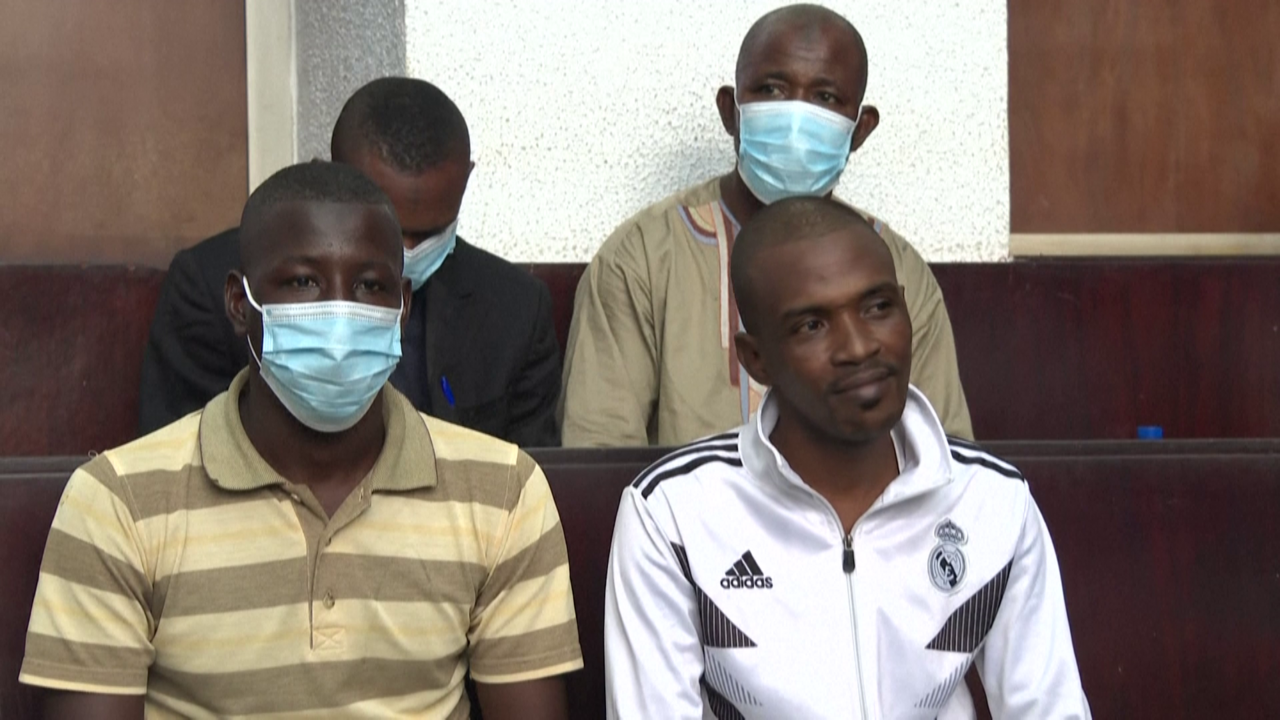 Côte d'Ivoire: at the Grand-Bassam trial, the hearings of the accused and witnesses continue

This Wednesday, December 7, was the third day of hearing of the trial of the Grand-Bassam attack.

19 civilians and 3 soldiers died on March 13, 2016 during an attack claimed by AQMI on the Ivorian seaside resort.

This Wednesday, the judges heard Mohamed Cissé, a person accused of having transported weapons from Bamako to Abidjan.

Four witnesses were also heard, including "KS", a soldier who led the intervention.

on the recommendation of his older brother.

His neighbour, one of the co-defendants, would have introduced him to Kounta Dallah, whom the Ivorian justice considers to be

the mastermind of the Grand-Bassam attack.

Mohamed Cissé claims to have seen him three times

Questioned by the President of the Court and the prosecutor, Mohamed Cissé returned to his visit with three other co-accused on the beach of Grand-Bassam.

He delivered a short account with few details and answered the prosecutor's questions evasively.

The latter ended up asking himself: “

You went to Grand-Bassam for the first time as a tourist and you don't remember Grand-Bassam?

His lawyer, Éric Saki, justified this by problems of incomprehension and asked for the intervention of a translator so that his client could speak his language.

The stakes are enormous.

We want to avoid a miscarriage of justice

This request was rejected by the judges who believe that the rights of the accused are safe.

It did not appear that the accused did not speak French enough, according to the President of the Court.

They use the pitch well and are overtrained

Then it is the turn of the witnesses to be called to the bar.

Special forces soldier, one of them is nicknamed “KS”.

And his face largely covered by a surgical mask, he came to testify to his intervention in the Ivorian seaside resort on March 13, 2016.

That day, around noon, the security forces were alerted to a robbery.

Along the way, as he cross-checks the information by telephone with witnesses, this soldier gradually discovers the nature of the attack.

Once there, his unit has one objective: "

", says this soldier trained in the fight against terrorism.

According to this witness, the assailants were armed with Kalashnikovs and fired non-stop.

They had freedom of movement

They use the field well and are overtrained

His priority at this moment is to "

contain them in one place

The first shooter is shot down very quickly.

The second, after about thirty minutes, and the third succumbed to his injuries during the exchanges.

More than six years after the events, certain details escape the memory of the witnesses, such as the details of the faces of the assailants.

But all remain marked by the scale of this attack.

In all, 18 people are prosecuted for “

murder, attempted murder, acts of terrorism, concealment of criminals, intentional assault and battery with firearms, illegal possession of firearms and munitions of war

But during this trial, only four defendants are physically present.