The Civil Guard, within the framework of Operation Necromancer, has arrested a 41-year-old man in the La Rioja town of Villamediana de Iregua as the alleged perpetrator of... 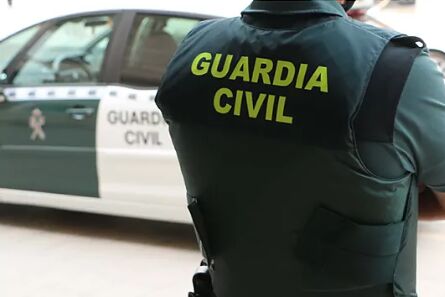 The Civil Guard, within the framework of

, has arrested a 41-year-old man in the La Rioja town of

as the alleged perpetrator of crimes of illegal possession of weapons, damages and document falsification.

As reported this Wednesday from the Armed Institute, this person had created a great social alarm in the municipality, for firing compressed air weapons at homes and schools, with the consequent risk to people.

led to the start of Operation Necromancer to discover the alleged perpetrator of numerous shots fired at chimneys or antennas in residential buildings, a school and a nursery.

These events prompted agents of Citizen Security and the Civil Guard Judicial Police to deploy a surveillance and control device in the affected area that allowed them to focus suspicion on a man from the locality.

Over several months, this individual had been identified on several occasions.

, two visors, a box of ammunition, a large knife and various accessories

at different controls inside his car.

The intervened material was sent to the Criminalistics Laboratory of the Civil Guard in La Rioja, specifically to the Department of Ballistics and Graphics.

His studies determined that one of the carbines had been modified to use .22 caliber rounds to deliberately increase its lethality, while

another of the weapons had been modified

In addition, the ballistic comparison of the projectiles collected during the technical-ocular inspections in the attacked areas determined that they were fired by one of the seized carbines, while the graphic analysis concluded that the weapons cards he possessed were false.

The indicative quality of the investigation of the

Organic Unit of the Judicial Police

and the technical reports motivated the corresponding request to the Investigating Court No. 1 of Logroño for entry and search of two houses and a cabin, the latter used by the suspect as a work area for manipulate weapons and to carry out firing tests.

After the judicial authorization, a deployment was coordinated that ended with the arrest of the alleged perpetrator.

In addition, different drugs were found in the property that he occasionally resided with his sentimental partner, such as 120 MDMA pills along with small amounts of hashish and speed.

Ecstasy users used to come daily to this property, located a few meters from a school and a nursery, to stock up on this substance.

The proceedings together with the detainee, weapons and seized effects have been made available to the judicial authority.

In an expanded manner, the agents of the

have sent a report to the judicial authority verifying the lethality of the seized weapons.

The investigation has been carried out by the Organic Unit of the Judicial Police of the Civil Guard of La Rioja, the Information Group, USECIC and GEDEX.