One day after the return of New Zealander Warren Gatland in charge of Wales in place of his compatriot Wayne Pivac, it was the XV of the Rose who formalized the departure of his coach on Tuesday,… 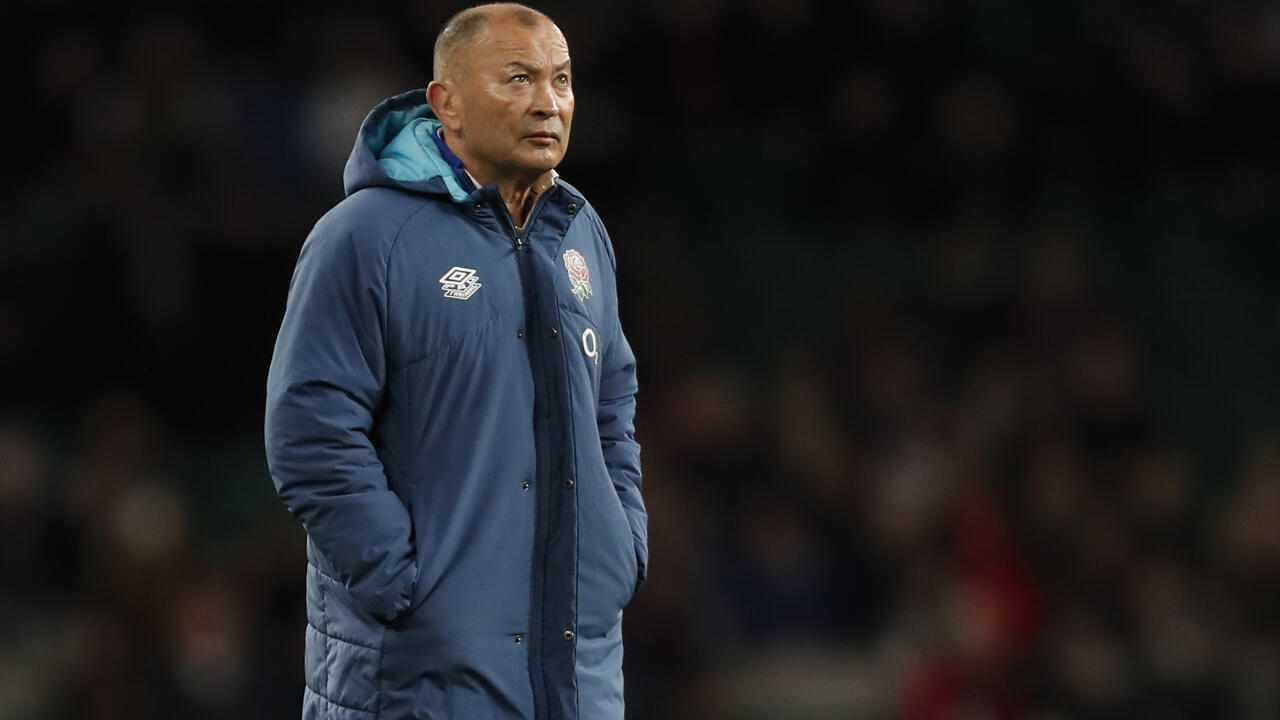 These decisions, expected, concern two major European selections, without certainty for several months, who wish to put themselves in battle order before the next Six Nations Tournament (February 4 - March 18) and especially in view of the 2023 World Cup. in France (8 September - 28 October).

Jones, appointed in 2015 and whose contract ran until 2023, was sacked on Tuesday due to the poor results of the XV of the rose, announced in a press release the English Rugby Federation (RFU) after having "reviewed the fall tour results".

The 62-year-old technician, who was summoned to the headquarters of the body on Monday, notably recorded six defeats in twelve games this year, England's worst record since 2008.

The fly-half Marcus Smith's teammates lost twice at home in the autumn meetings against Argentina (30-29) and South Africa (27-13), drew in the last minutes in front of the All Blacks (25-25) and gleaned only one success in front of Japan (52-13).

England, 3rd in the last tournament with only two victories, receives Scotland at Twickenham at the opening of the next edition, on February 4, in order to take revenge on the XV du Thistle, after the defeat (20-17) suffered at Murrayfield almost a year ago to the day.

"We have achieved a lot of satisfying things with the England team and I can't wait to see what it will produce in the future," said the person concerned, quoted in the press release from the RFU.

"I wish the players the best for their further careers and I'm sure I will keep in touch with many of them."

"He won three Six Nations tournaments, including a Grand Slam and took us to the World Cup final".

The 62-year-old former hooker will have spent seven years at the head of the English selection, which he led to the Grand Slam from his first tournament in 2016.

Two other successes in this competition followed in 2017 and 2020. But it was during the 2019 World Cup in Japan that his team made an impression by dominating New Zealand in the semi-finals (19-7) after having dismissed Australia in the previous round (40-16).

Leicester coach Steve Borthwick, during a European Cup match against Bordeaux-Bègles, on December 11, 2021 at the Chaban-Delmas stadium © ROMAIN PERROCHEAU / AFP/Archives

Alas, in the final, the Springboks proved to be too consistent a piece, with a final defeat for the English (32-12).

It was the second failure in the final of a World Cup for Jones, who, with the Wallabies, had been beaten in 2003 after extra time … by England (20-17).

"He has a higher win rate than any England manager and has helped many players or managers to improve. I am grateful to him for all he has achieved in many areas of the game and by his professional approach," added Sweeney, indicating that England forwards coach Richard Cockerill would take over until further announcements were made "in the near future".

The former captain of the selection, Steve Borthwick, today in Leicester, is approached by the British media to replace him.

Despite recent mixed results, the future successor to Jones will be able to count on talented players, including prop Ellis Genge or full-back Freddie Steward, both recently elected to the World Team of the Year 2022.