Myśl Polska: Warsaw relied on confrontation with Moscow and lost

In a new stage of "distribution of power and influence," Poland relied on a confrontation with Russia and lost, losing room for maneuver, writes the Polish newspaper Myśl Polska. According to the authors, now the role of Warsaw is reduced to the execution of foreign strategies. 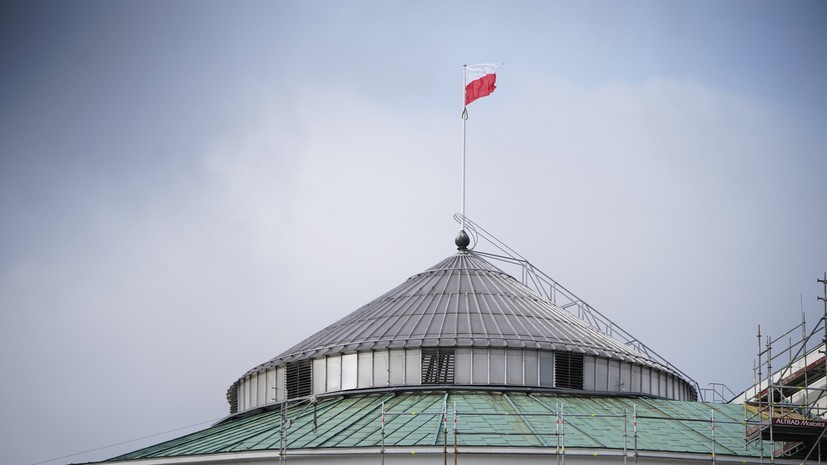 The text of the publication leads InoSMI.

According to political scientist Stanislav Belen, Poland is participating in the creation of a "delimitation into two opposite" worlds.

The purpose of such a division is to expel Russia from Europe and break Western ties with this state.

In addition, among the goals there is the complete elimination of the "gray zone" that separates Russia from the West, he said.

“Meanwhile, politicians in Warsaw have relied on an extremely confrontational policy towards Russia, leaving no room for maneuver,” the article says.

It is emphasized that by trusting external guarantees of a risky policy of confrontation, decision-making centers in Poland demonstrate a "blunted sense of responsibility for the fate of the state and people."

“No one hides the fact that identification with the United States and Ukraine reduces the Polish state to the role of an executor of foreign strategies, when one’s own interests are identified with those of others and even subordinate to them,” the expert says.

Belen considers Warsaw's strategic mistake to be taking on the role of a buffer state and "herald of a civilizational mission" in the East.

Polish Prime Minister Mateusz Morawiecki earlier expressed the opinion that in the situation around Ukraine there can be only one outcome: "either Ukraine will win, or the whole of Europe will lose."

As noted in the Russian Foreign Intelligence Service, the information received by the service indicates that Warsaw "is speeding up preparations for the annexation of Western Ukrainian lands."