A law prohibiting sex outside marriage in Indonesia was passed during a reform of the Penal Code on Tuesday, sparking outrage from human rights groups. 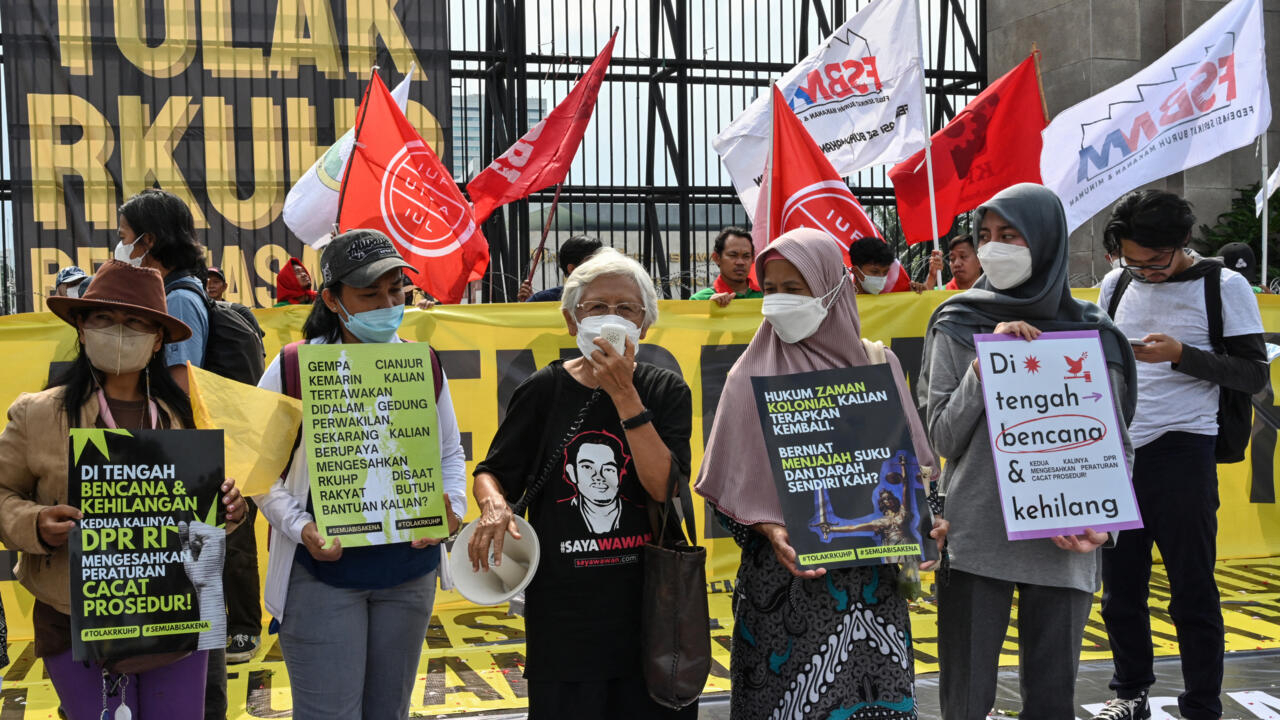 The Indonesian parliament on Tuesday (December 6th) approved a text criminalizing sex outside marriage, denounced by human rights defenders as a setback to freedoms and a shift towards fundamentalism in the most populous Muslim-majority country in the world.

This reform of the penal code, which dates from the Dutch colonial era, was adopted by a majority of deputies.

It punishes in particular extra-marital sexual relations as well as the cohabitation of unmarried couples.

According to the text consulted by AFP, illegal cohabitation will be punishable by six months' imprisonment, and sexual relations outside marriage by one year's imprisonment.

"We have done our best to take into account the important issues and the different opinions that have been debated," Justice Minister Yasonna Laoly told parliament.

“However, it is time for us to make a historic decision on amending the penal code, and leaving behind the colonial penal code that we inherited” when the country gained independence in 1949, he said. added.

A spokesman for the committee responsible for drawing up the bill at the Ministry of Justice, Albert Aries, said the reform will protect the institution of marriage.

He pointed out that pre-marital and extra-marital sexual acts can only be reported by the spouse, parents or children, which de facto limits the scope of the text.

But critics of the new law have denounced it as establishing an attack on freedom of morals.

According to human rights groups, the new amendments underscore a growing slide towards fundamentalism in a country long hailed for its religious tolerance and where secularism is enshrined in the constitution.

The new rules could also have a major impact on the LGBTQ community in Indonesia, where same-sex marriage is not allowed.

"We are stepping back... the repressive laws should have been abolished. But the bill shows that the arguments of foreign scholars are true, that our democracy is unquestionably in decline," Usman Hamid, director of AFP, told AFP. Amnesty International Indonesia.

Around 100 protesters against the bill unfurled a yellow banner in Jakarta on Monday that read: "Reject the passing of the penal code revision."

Some placed flower petals on the banner as one does for a funeral.

According to Abdul Ghofar, an activist with the Indonesian environmental group WALHI, the symbolic acts reflected the public's "grief" at the imminent passage of the revision.

Another demonstration to reject the new law was planned for Tuesday outside the seat of parliament.

The voted text, which must still be signed by the president, will be applicable in three years.

Bambang Wuryanto, the head of the parliamentary committee which oversaw deliberations on the text, acknowledged that "it is a human product and therefore will never be perfect".

But he urged critics to "file a legal appeal with the constitutional court" instead of protesting.