Shortage of foie gras in sight for the holidays due to avian flu: for lack of ducklings, the breeders of the Gers force-feed ducks, but they gain less weight than the males and are therefore less… 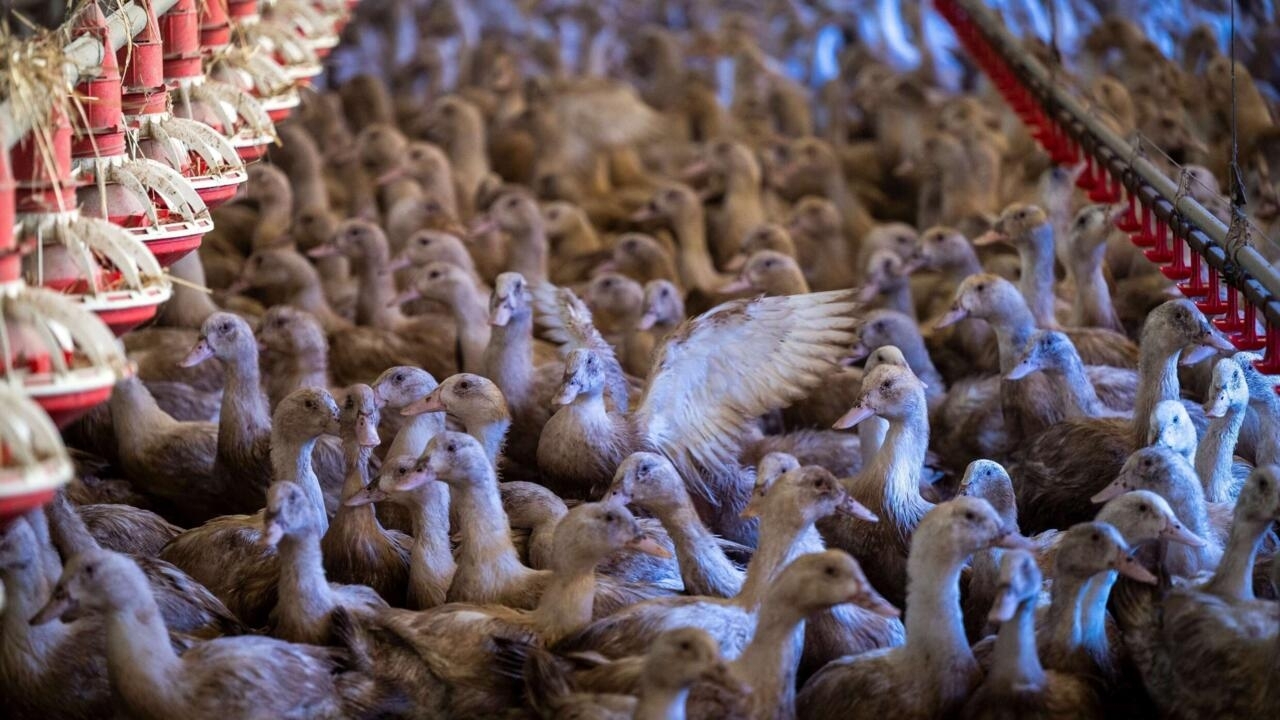 Although he has been feeding ducks since 1998 in Sarrant, in the heart of the rolling plains of the Gers, Jacques Candelon had never been forced to raise mostly females.

This year, the vast majority of its herd of 26,000 waterfowl is made up of ducks.

Successive waves of influenza or avian flu have been there: 16 million poultry were slaughtered between November 2021 and June 2022. Hatcheries were decimated in western France, the main provider of male ducklings.

"This forces us for the first time since we exist to raise and force-feed ducks this year", says this 52-year-old farmer, boss of the company Paysans gersois, which ensures the breeding of ducklings until processing. of prepared livers, through the sale of live ducks ready to force-feed.

Until then, females were eliminated at birth and only males were bred.

"We have 80% of ducks over the period in breeding, and it was this or nothing, to be able to run our production tools, we made this choice", explains Mr. Candelon, dressed in a blue protective suit. , in order to avoid any contamination of the animals.

Betting on females to limit the damage was also the only option for Benjamin Constant, president of the Gers association for the promotion of foie gras and poultry farming.

Farmer Jacques Candelon in his duck farm, November 28, 2022 in Sarrant, in the Gers © Lionel BONAVENTURE / AFP

"It was quits or double, but either we did nothing and we waited, which is not in our DNA, or we tried to promote a product 100% while respecting the consumer", he explains. at AFP.

"However, there is a significant part that cannot be fresh liver, which penalizes a link of producers: those who go to the markets", he underlines.

The livers of females have the specificity of revealing veins in “20 to 40% of cases”, which makes them less attractive in the fresh state, and requires “twice as much work” for their conservation, according to Jacques Candelon.

Farmer Jacques Candelon in his duck farm, November 28, 2022 in Sarrant, in the Gers © Lionel BONAVENTURE / AFP

On the Samatan fat market, between Auch and Toulouse, business is done every Monday morning: a whistle sounds, the doors open and customers invade the aisles between the stalls, in search of fresh livers.

But this year, the supply is divided by six: one month before the holidays, only 200 kg of liver, counting the ducks, are on sale against more than a ton usually.

"We traditionally did not force-feed females at all because there is a large sexual dimorphism: they are much lighter than males and the results in liver force-feeding are much lower and of much lower visual quality", specifies Didier Villate. , a veterinarian who has been working on the Samatan market for forty years.

Ducks bred for the production of foie gras in a hangar in Sarrant, November 28, 2022 in the Gers © Lionel BONAVENTURE / AFP

In front of smaller livers and sometimes crossed by a long vein, some buyers frown.

"They are surprised, there is a big communication effort to be made to inform consumers that it does not represent any danger. It is only a visual effect, they can be bought and consumed without difficulty", assures Mr. Villate.

If "the taste remains the same", the price skyrockets, males and females combined: fresh liver trades between 55 and 60 euros per kilo, "15 to 20 euros more" than usual according to Benjamin Constant, who speaks of a "catastrophic year 2022 for the sector".