Again Ukraine strikes back. A third Russian airfield has been partially burned by a drone strike, a day after Ukraine demonstrated its ability to penetrate... 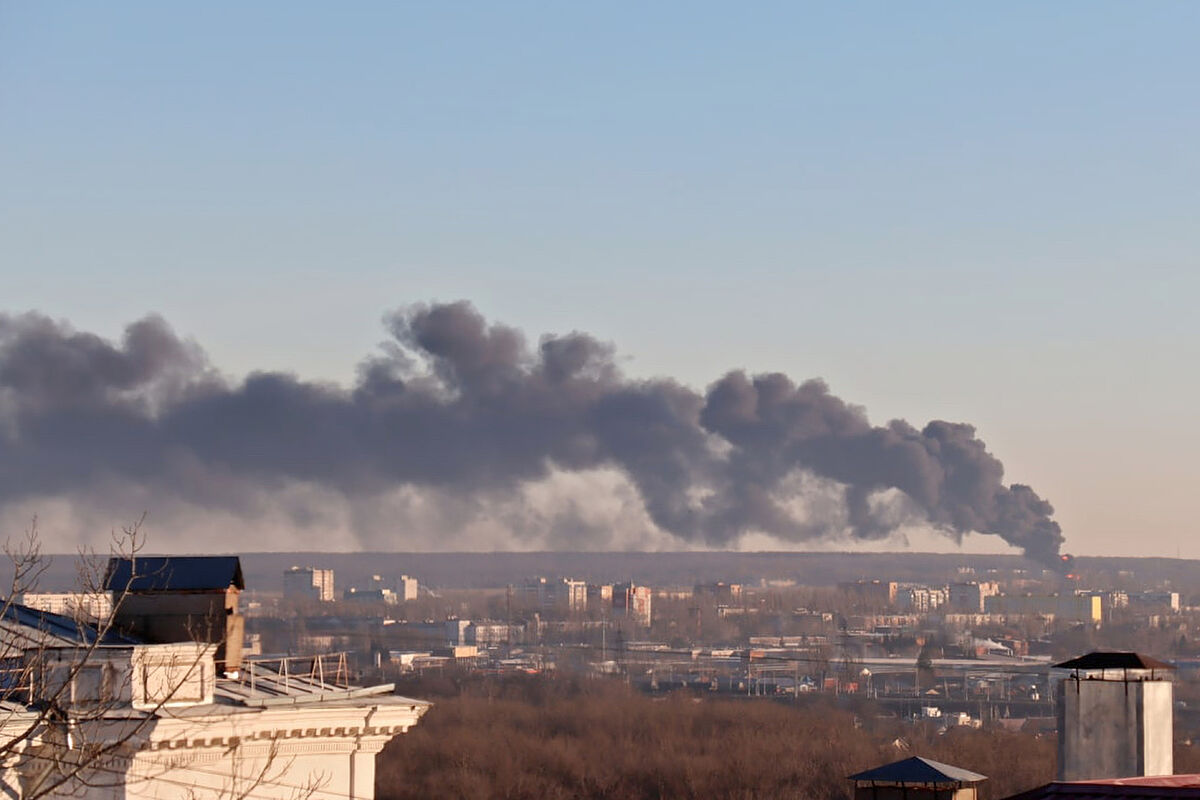 A third Russian airfield has been partially burned by a drone strike, a day after Ukraine demonstrated its ability to penetrate hundreds of kilometers into Russian airspace, hitting two airbases.

This time it has been in the Russian city of Kursk, located somewhat closer to Ukraine than the two bases attacked yesterday.

First, images of black smoke appeared on social networks over an airfield in the early hours of the morning.

no one had been injured.

The airport, in the city of Kursk, is used by civil aviation and the Russian army.

On previous occasions the Ukrainian military has avoided taking responsibility, maintaining an official policy of near-total silence regarding the explosions on Russian soil.

When asked this time about the attacks, Ukraine's Defense Minister Oleskiy Reznikov repeated a now-usual

that the explosions at Russian bases were caused by careless cigarette smokers.

"Very often Russians smoke in places where smoking is prohibited," he said.

Moscow has also on other occasions avoided acknowledging that the explosions were the result of a Ukrainian operation.

But after yesterday's attacks on two bases (in Ryazan and Saratov) he admitted that they were Ukrainian drones, which had traveled hundreds of kilometers with impunity in the dead of night.

According to the Russians, these were

The Defense Ministry downplayed the damage, although it admitted three dead soldiers.

In August Ukraine carried out a series of

attacks against military bases in Crimea

, including the Saki airfield.

But these attacks are even more embarrassing for Moscow.

Engels is the only base Russia has that is fully equipped for the giant bombers Russia has used in attacks on Ukraine, according to a Zelensky adviser.

kyiv is hitting the source of its immediate problems.

And I had never come so close to the Russian capital.

In Moscow, this war that the Russian government does not want to call by its name is getting closer and closer.

Some believe that if Ukraine can attack that far into Russia, it might as well attack Moscow one day.

The newspaper 'Nezavisimaya Gazeta' described the explosion at the Engels base as "quite exceptional" and wondered if it was a "total failure of the anti-aircraft defenses" or of the intelligence services in the event that it is "a an act of sabotage."

"If Russia assesses that the incidents were deliberate attacks, it will probably see them as the most significant failure to protect its forces since the invasion of Ukraine," the British Defense Ministry argued on Tuesday. "The Russian chain of command will likely try to identify and impose severe sanctions on Russian officials held responsible for enabling the incident."

The drones involved in the attacks on Monday were launched from Ukrainian territory.

As published by 'The New York Times' citing a senior Zelenski government official, at least one of the attacks was carried out with the help of special forces near the base.

On the other hand, Russian media reported that in the city of Novoshakhtinsk, in the Rostov region, on the border with Ukraine, a man shot at Russian police officers.

The man, described by some media as a deserter, came out of the woods and started shooting with a Kalashnikov light machine gun.

Local authorities urged residents to be careful not to go outside.