At the dance ceremony of the Brazilian soccer team, which scored four goals in the first half alone, even the Brazilian coach danced, criticizing that there was no respect for Korea, the other country. 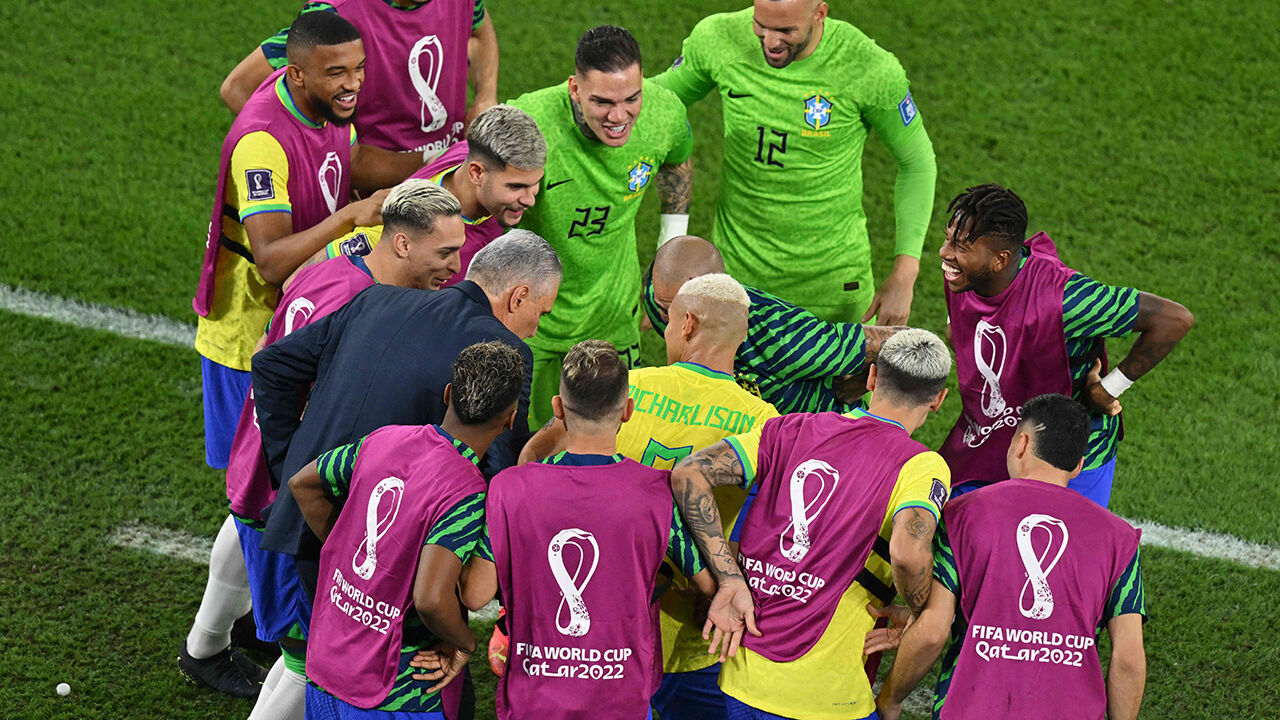 At the dance ceremony of the Brazilian soccer team, which scored four goals in the first half alone, even the Brazilian coach danced, criticizing that there was no respect for Korea, the other country.

In response, Chi Chi, the Brazilian national football team coach, said, "I hope you understand that it was not my intention to discredit the Korean players."

In the 2022 Qatar World Cup Korea vs Brazil round of 16 held at Stadium 974 in Doha, Qatar at 4 am on the 6th, Brazil scored 4 goals in the first half and won 4-1 and advanced to the quarterfinals.

The Brazilian players, who had an overwhelming performance from the beginning and seized the victory early, enjoyed the ceremony leisurely by dancing samba every time they scored a goal.

Keane, who commentated on British ITV, expressed his displeasure over the dance ceremony performed by Brazil every time they scored a goal, saying, "Is it a dance contest? Vinicius Junior's first goal was great, but I've never seen so many dance celebrations." paid

"People say it's Brazilian culture, but in my view, it's disrespect for the opposing team," he said.

Keane said, "I scored four goals, and every time I scored a goal, I had a dance ceremony. It was not nice to see even the manager with me."

Richarlisson, who scored the third goal, ran to the bench and danced, and coach Chichi also pointed out that he did a 'pigeon dance'.

Coach Mutmae Chichi explained about the dance ceremony at a press conference immediately after the match.

“The players have their own language,” said Chichi. he explained.

With the dance ceremony unique to the Brazilian soccer team, soccer fans respond that it is "a unique culture of Brazil" and "even so, it was a bit excessive".