It is "comparable to the nose of a sniffer dog": a European research consortium unveiled a prototype of an "electronic nose" in Lille on Tuesday, which should make it possible within "a few years" to detect… 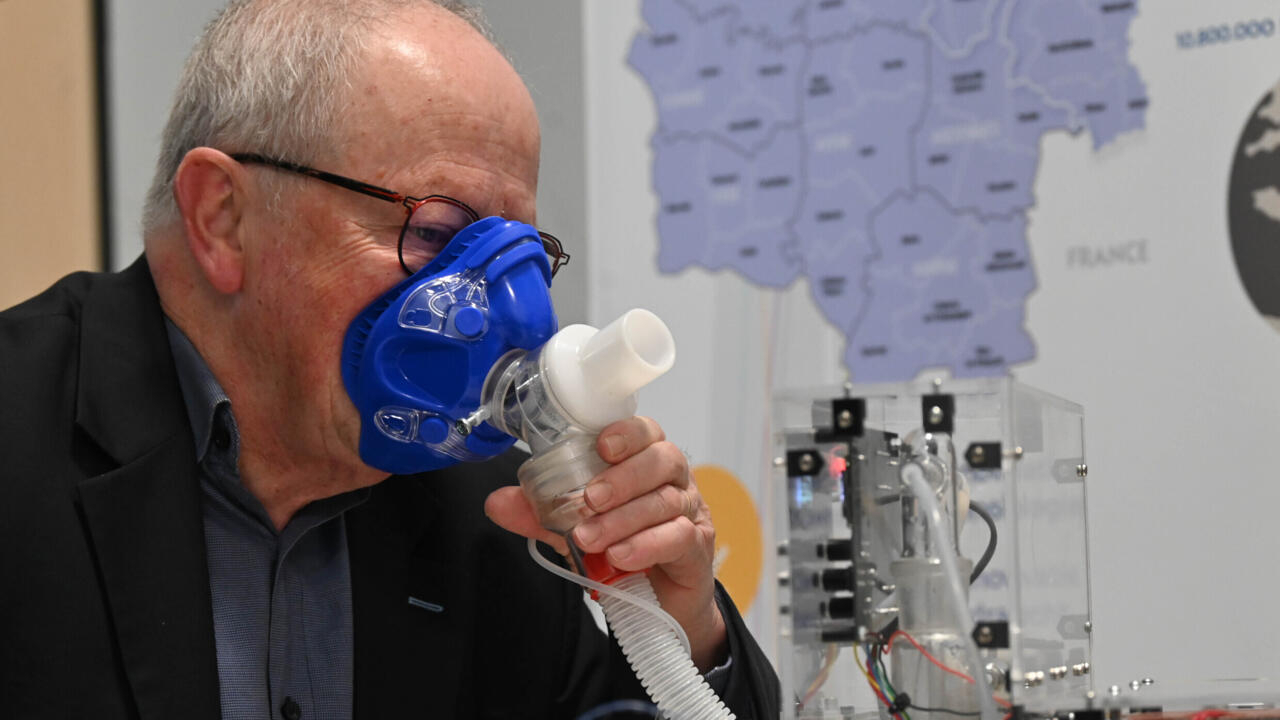 "Imagine an electronic nose connected to a mobile phone: people would blow into it" and their doctor would see "a green light, meaning + no risk of cancer +, or a red light", signaling the need for screening by scanner, summed up the pulmonologist Régis Matran, during a press conference at the Lille University Hospital.

The "first prototype" presented by this scientific coordinator of the European "Pathacov" project consists of a transparent machine fitted with sensors and equipped with a large blue "nose" to collect human breath.

"When an organ becomes cancerous, the COVs released change", "we then speak of the molecular signature of a disease", explained Mr. Matran.

Like sniffer dogs capable of detecting the presence of "breast cancers like those at the Institut Curie", the device relies on sensors "developed to detect certain VOCs", he explained.

Since 2018, a multidisciplinary team has carried out a study on 750 healthy patients and nearly 500 patients with bronchopulmonary cancers, to "precisely identify the olfactory signature" of these pathologies.

A prototype of an “electronic nose” which will make it possible to detect bronchopulmonary cancers presented at the Lille University Hospital, December 6, 2022 © DENIS CHARLET / AFP

Delayed by the Covid-19 epidemic, it will deliver its first results "at the beginning of 2023", constituting "the largest" study carried out to date at the global level.

At the same time, other scientists developed and tested the prototype in the laboratory.

The signal, "sent to a remote database", is "analyzed using artificial intelligence", and "made readable" easily on an interface, detailed Justin Martin, doctoral student at the University of Liège.

If the nose has proven its effectiveness on "artificial breath", it must now be tested in hospitals, on patients, he added.

The device will also need to be miniaturized, so that it can be tested and deployed.

Pulmonologist Régis Matran shows how to use a prototype "electronic nose" which will make it possible to detect bronchopulmonary cancers, on December 6, 2022 at the Lille University Hospital © DENIS CHARLET / AFP

“Our hope is to provide general medicine practices, in particular”, with a view to a first “simple, non-invasive” screening of patients at risk, before the appearance of symptoms, said Professor Arnaud Scherpereel, head of the thoracic pulmonology-oncology department at Lille University Hospital.

According to the CHU, the life expectancy of a patient diagnosed at the early stage is 90% at 5 years, against less than 20% when diagnosed late.