Arena, who is 13 years old and is hospitalized in La Paz with an artificial heart awaiting a heart transplant, is the first Spanish patient to have a novel... 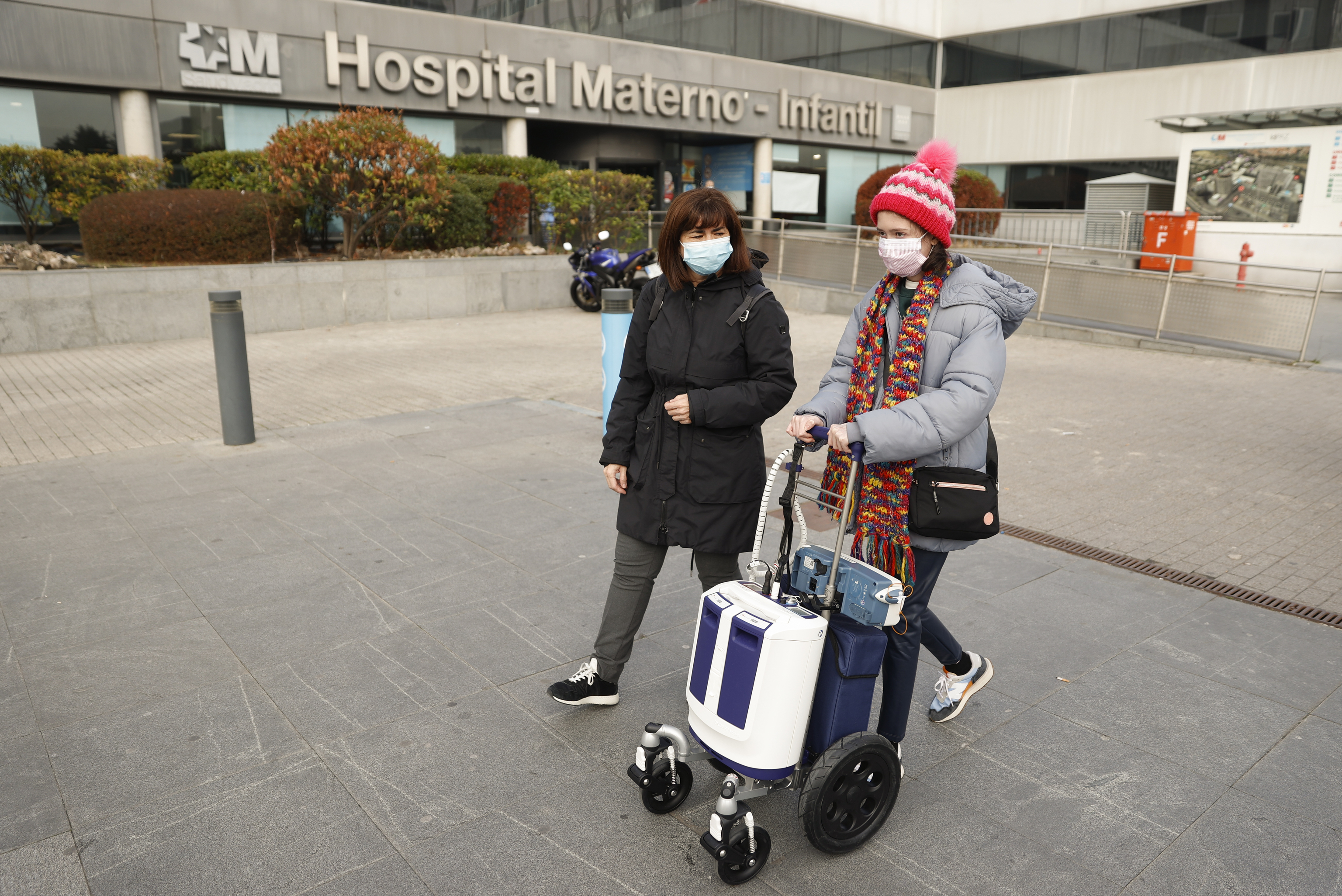 , who is 13 years old and is hospitalized in

with an artificial heart awaiting a heart transplant, is the first Spanish patient to have an innovative control device for this ventricular assist machine: a console that facilitates mobility and It has allowed her to get out of the hospital and go to the movies with her friends.

Until now, the console that controlled the artificial hearts weighed about 80 kilos, which limited the mobility of patients, while the new device, weighing 9 kilos and which has only been implanted in 85 patients worldwide, facilitates physical recovery. and improves the quality of life of patients.

Thanks to this device, and after six months of admission -three of them, in the

, Arena has been able to leave the hospital this weekend and go to the cinema accompanied by her friends, her parents and the medical team that treats her in La Paz Hospital (Madrid).

"I missed going out into the street, taking a walk and getting some fresh air," Arena explained to EFE, while emphasizing that the implantation of the new console has been "a huge change, because the other one was too big and I didn't could move well. This one is very manageable and weighs less."

Admitted since last July 14, Arena recognized that she really wanted to be able to do a "normal" activity and she was very excited to go with friends to see a movie on a big screen.

"This outing is very good," said the teenager on her way to the cinema -located a few meters from the hospital grounds- under the watchful eye of the medical team that cares for her, which includes

ARENA WAS BORN WITH A CARDIOMYOPATHY

García Guereta explains that the minor was born with a structural heart disease, despite which she had a normal life until a few months ago, when she began to worsen very suddenly and the doctors included her on the transplant list.

But a series of complications appeared (including pulmonary), which even forced the patient to undergo two catheterizations and limited the possibility of heart transplantation, so they opted to implant a

(an artificial heart) at the end of summer.

"We have achieved that it has improved enough to put it back on the transplant list," says the also cardiac transplant surgical coordinator.

Arena, the 13-year-old girl admitted to La Paz with an artificial heart.MARISCALEFE

WHAT IS AN ARTIFICIAL HEART?

, a heart surgeon from La Paz, was in charge of implanting ventricular assistance in Arena, a device that helps the heart pump blood when it is no longer capable of doing so.

The coordinator of heart transplants at the Madrid hospital details that it is an external device that collects blood from the external ventricle and drives it towards the main vessel of the aorta, thus managing to maintain the functions of the heart.

THE NEW CONTROL CONSOLE OF THE ARTIFICIAL HEART

, a pediatric intensive care assistant, has been in charge of Arena in the ICU for more than three months, since he was very weak after the implant.

To control the artificial heart, the girl was connected to a very large console, almost like a shopping cart full of food and weighing 80 kilos, which greatly limited her mobility, despite the fact that it is very important for her health. therapy and recovery, he explains.

But, thanks to the incorporation of this new console, its size has been reduced.

"It has gone from being a full shopping cart to a cabin suitcase weighing about 9 kilos."

By facilitating mobility, the patient gains a lot in autonomy, because with the new batteries they can move without being connected to the electrical network for almost seven hours, while the previous device only allowed it for one hour.

It also allows you to rest better because it reduces the noise it generates, according to Menéndez, who explains that the new console is manufactured in

and began to be marketed in 2022 after many years of research.

"Arena is the first patient to receive this machine in Spain. We are very happy for her sake and for that of other children who come after. We believe that this experience is very necessary," she emphasizes.

, a surgical nurse, who does not hesitate to describe the new device "as a spectacular joy".

"For her it means a different autonomy, a way of feeling more free and seeing that fills us and comforts us."

Viñuelas knows the daily suffering of children well: "We are very close to bed with them and we see everything, their sorrows and their joys, and we know the incalculable value of allowing them to disconnect from their illness with a trip to the movies when they are locked up in a hospital and see people make their lives on the street".

ARENA IS BACK BEFORE

, Arena's father, assures that for a month the girl "has gone back to being what she was before."

He remembers with anguish how she began to get dizzy before the summer, she was admitted with high pulmonary pressure and the process got worse, until they had to put in the artificial heart.

"But he has regained his joy and with this smaller console he can walk; he feels much better", Roberto emphasizes, while expressing his greatest wish:

La Paz is not only the hospital that performs the most pediatric transplants, but it was also the first Spanish center to use an artificial heart in a child patient in 2006, and since then it has implanted 43 in children.