New series about the Åmselemorden: "A terrible brutal crime"

In 1988, three people, all belonging to the same family, were found brutally murdered in Åmsele in Västerbothnia. Now SVT is broadcasting a new series about the case that shook the whole of Sweden. - It was a terribly brutal crime, which stands out in the post-war period. It was very unusual with a triple murder and then it happened in an idyllic village where you don't think something like this could happen, says crime journalist Lasse Lampers. 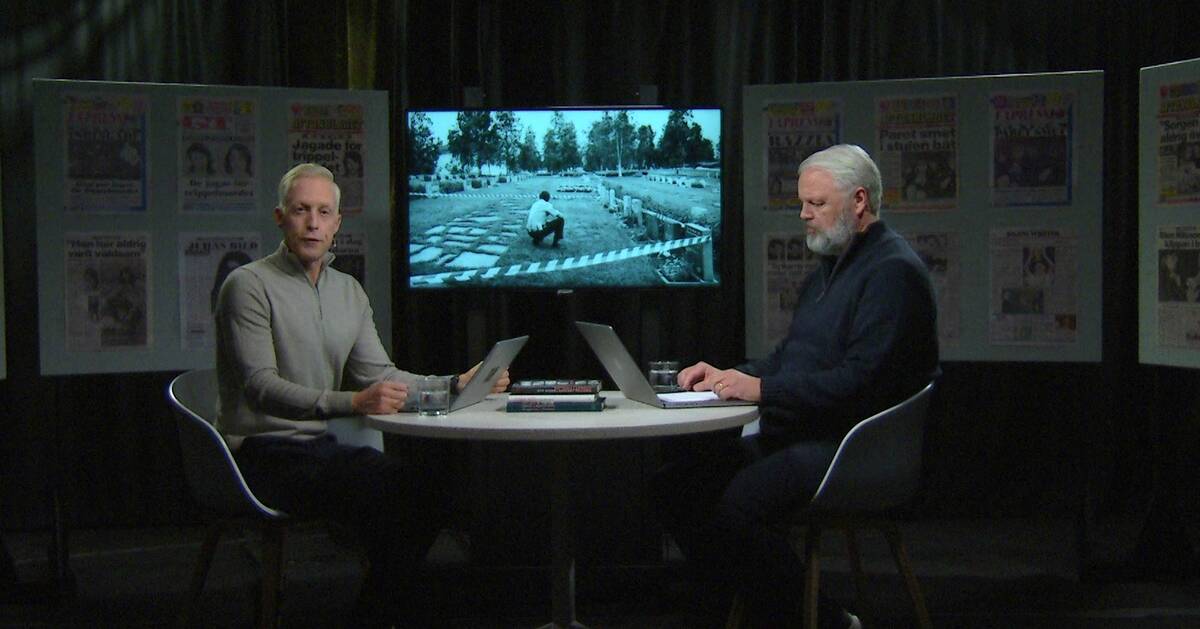 The series about the Åmsele murders is part of the Criminal Archives where the crime journalist Lasse Lampers and the presenter André Pops go back and delve into notable criminal cases in history.

They go through how police work and journalism have changed over the years.

In this case, they have also visited Åmsele.

Why are you airing this series right now?

- We want to both give a history lesson and give an understanding of why it was so sensitive for Åmsele.

We hope that Åmsele can be associated with reconciliation and not the triple murders, says Lasse Lampers.

A few weeks ago, the convicted murderer escaped from an open prison in Finland, where he had been serving time for several lesser crimes after his release.

That event has hastened the publication.

What do you say to those who might think you are taking advantage of this event?

- We have great respect for everyone involved and have been in contact with relatives.

But it is a historic event and we hope that so much time has passed that the wounds in Åmsele have healed, says Lasse Lampers.

You can find all the parts in the series about the Åmsel murder in SVT Play.