"The backbone of the fleet": how the Russian Navy continues to replenish with project 20380 corvettes

Project 20380 multi-purpose patrol ship "Mercury" entered the Gulf of Finland of the Baltic Sea to conduct the final stage of factory sea trials, the Russian Defense Ministry said. Corvettes of this series are designed to perform tasks in the near sea zone: they can fight enemy submarines and surface ships, provide fire support to amphibious assault forces, and patrol certain areas. The basis of the armament of the Project 20380 ships is the Uran anti-ship complex with X-35 missiles. Experts note that these corvettes will remain relevant for a long time, becoming one of the key elements of the Russian Navy. 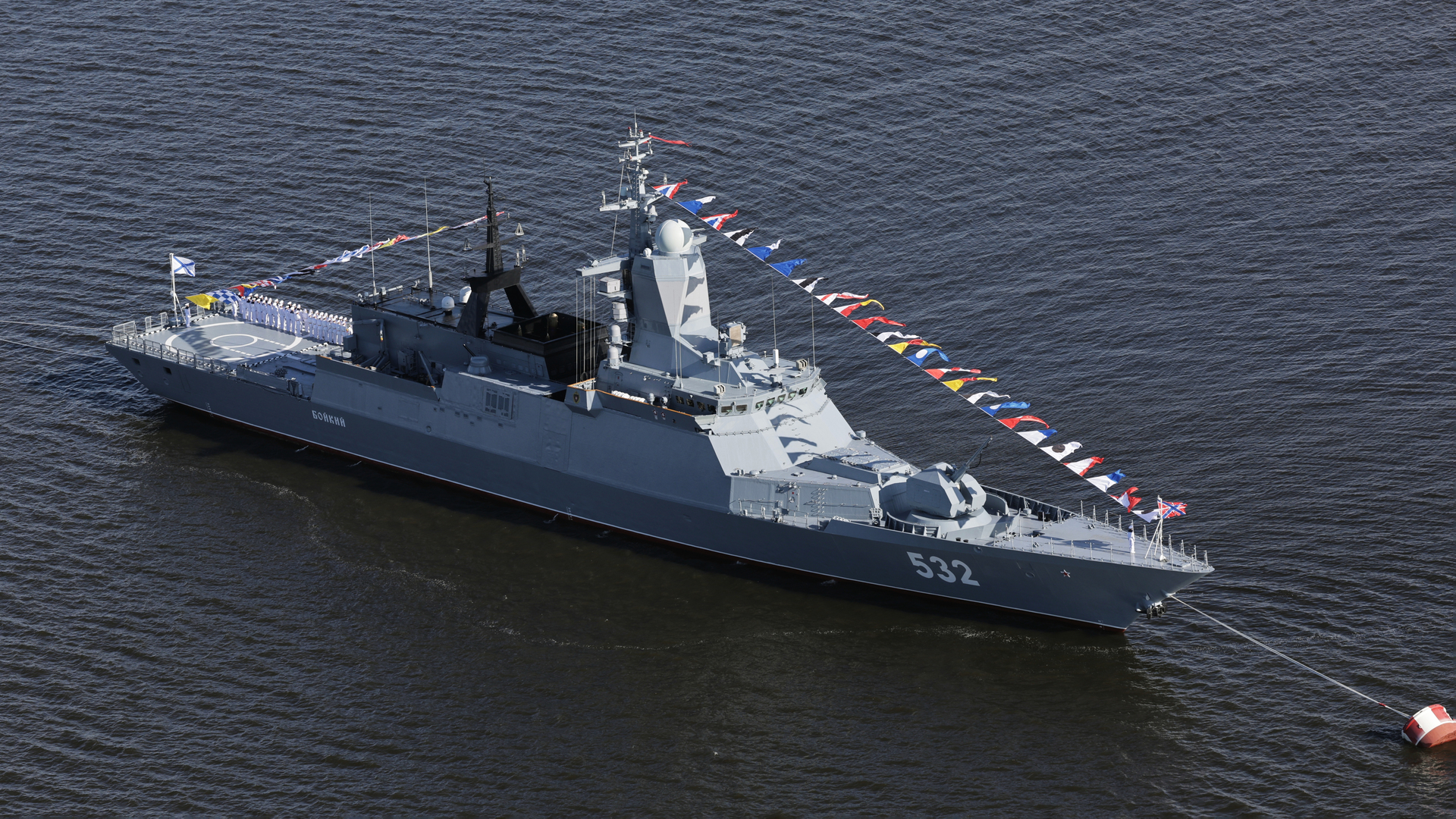 The newest Russian corvette "Mercury" project 20380, built for the Black Sea Fleet, entered the Gulf of Finland for the final stage of factory sea trials, the Russian Defense Ministry said.

Corvette Mercury, built by Severnaya Verf, entered the Gulf of Finland of the Baltic Sea for the final stage of factory sea trials.

The beginning of the tests was reported to the Commander-in-Chief of the Russian Navy, Admiral Nikolai Evmenov, at a meeting on surface shipbuilding held at the Admiralty, ”the military department informed.

They explained that the crew of the corvette would check its maneuverability, performance of systems, mechanisms and weapons for several days, after which the ship would return to the plant to eliminate the identified comments and prepare for state tests.

Project 20380 corvettes are multi-purpose ships of the near sea zone.

Their development in the late 1990s - early 2000s was carried out by specialists from the Almaz Central Marine Design Bureau in St. Petersburg.

After the collapse of the USSR, this was the first project to create ships of this class.

Initially, it was planned to build four ships of project 20380, after which four corvettes of the improved project 20385 were to be created, and then a further transition to project 20386 was made. However, the construction time of the first corvettes was delayed.

In addition, due to sanctions on the supply of components and equipment to the Russian Federation that could be used for military purposes, it was necessary to limit the construction of Project 20385 ships.

In December 2020, the Russian Ministry of Defense signed a contract with the Amur Shipyard for the construction of two project 20380 corvettes and four project 20385 ships, which the Pacific Fleet should receive between 2024 and 2028.

In 2021, the Izvestia publication, citing sources in the Russian Defense Ministry, reported that the department had decided to launch a modernization program.

It was noted that the serving ships of this project will be upgraded to the level of the last corvette of the series adopted for service - the Hero of the Russian Federation Aldar Tsydenzhapov.

The ships will receive powerful modern radars and an improved air defense system.

The ship's Ka-27 helicopter can be based in the deck hangar.

The crew of the vessel is 99 people.

When designing these ships, special attention was paid to reducing the noise level of the mechanisms of the power plant, which made it possible to reduce the visibility of the ship in the hydroacoustic range.

In the production of ships, stealth technology is used, which makes it possible to reduce their radar visibility.

In particular, the superstructures of corvettes have broken geometric outlines characteristic of a modern naval platform, and radar-absorbing fiberglass is used as the main building material.

Another advantage of the ship's architecture is its modularity.

During modernization, this makes it possible to install new weapon systems.

The main strike armament of the Project 20380 ships is the Uran complex with Kh-35 cruise missiles.

According to open sources, they are capable of hitting warships and transport ships with a displacement of up to 5,000 tons. The ship is also equipped with the Redut sea-based anti-aircraft missile system.

Auxiliary weapons are the A-190 artillery system of 100 mm caliber and AK-630M artillery mounts of 30 mm caliber.

In addition, the corvette is equipped with two torpedo tubes for launching Paket anti-submarine torpedoes.

"Do not lose relevance"

As Konstantin Strelbitsky, chairman of the Moscow Fleet History Club, noted in a conversation with RT, the main difference between the project 20380 and 20385 corvettes lies in their main strike weapons.

According to him, the Uran complex is anti-ship and is intended to destroy naval targets, while the Caliber missiles, which are armed with project 20385 corvettes, can be used both against enemy ships and against ground targets.

At the same time, Project 20380 vessels remain multipurpose and can perform a wide range of tasks, the expert explained.

They will not lose their relevance for the Russian fleet.

The corvettes of this project can perform tasks both in the near sea zone, that is, to patrol territorial waters, and in the oceans.

They are able to fight not only with other surface ships, but also with submarines, enemy aircraft, ”Strelbitsky emphasized.

In turn, military expert Yuri Knutov, in an interview with RT, drew attention to the fact that domestic corvettes are becoming more and more functional.

“Now the Russian fleet is revising its conceptual installations and allows corvettes to operate in the World Ocean, although earlier tasks in the far ocean zone were primarily assigned to frigates and cruisers.

The peculiarity of the corvettes of the Russian Navy, thanks to which they gained the ability to perform a wider range of tasks, lies in their missile armament, ”explained Knutov.

From his point of view, in the future, when the ships of Project 20380 will be modernized, we should expect them to be equipped with complexes for launching Zircon sea-based hypersonic missiles.

“This rearmament will significantly expand the combat capabilities of the Navy ships.

However, those corvettes that are already in service are capable of both fighting submarines and solving the problems of protecting coastal waters.

The relevance of the ship depends on its weapons, and they will not lose it.

They are improving, developing, rearming.

And the request for stealth technology from surface ships will not disappear in the coming decades.

Therefore, corvettes in the marine concept of the Russian Federation form the backbone of the fleet, its basis, ”the military expert emphasized.

In the context of a tense international situation and statements that the Baltic Sea will become an internal NATO basin after the expansion of the alliance, as well as the claims of Western countries to the Northern Sea Route, the number of corvettes in the Russian Navy will only increase, Yuri Knutov is sure.