"Crusade against Orthodoxy": how Ukraine intends to ban religious organizations "affiliated" with the Russian Federation

President of Ukraine Volodymyr Zelensky signed a decree according to which the activities of religious organizations "affiliated with centers of influence in the Russian Federation" will be banned in the country. The document puts into effect the decision of the National Security and Defense Council of December 1, according to which the government must submit a relevant bill to the Rada within two months. According to experts, Zelensky continues the course begun by Petro Poroshenko to discredit and destroy the canonical UOC in order to further divide Ukraine and Russia. Analysts believe that the West, through the Kyiv regime under its control, is actually starting a new crusade against Orthodoxy in Ukraine. 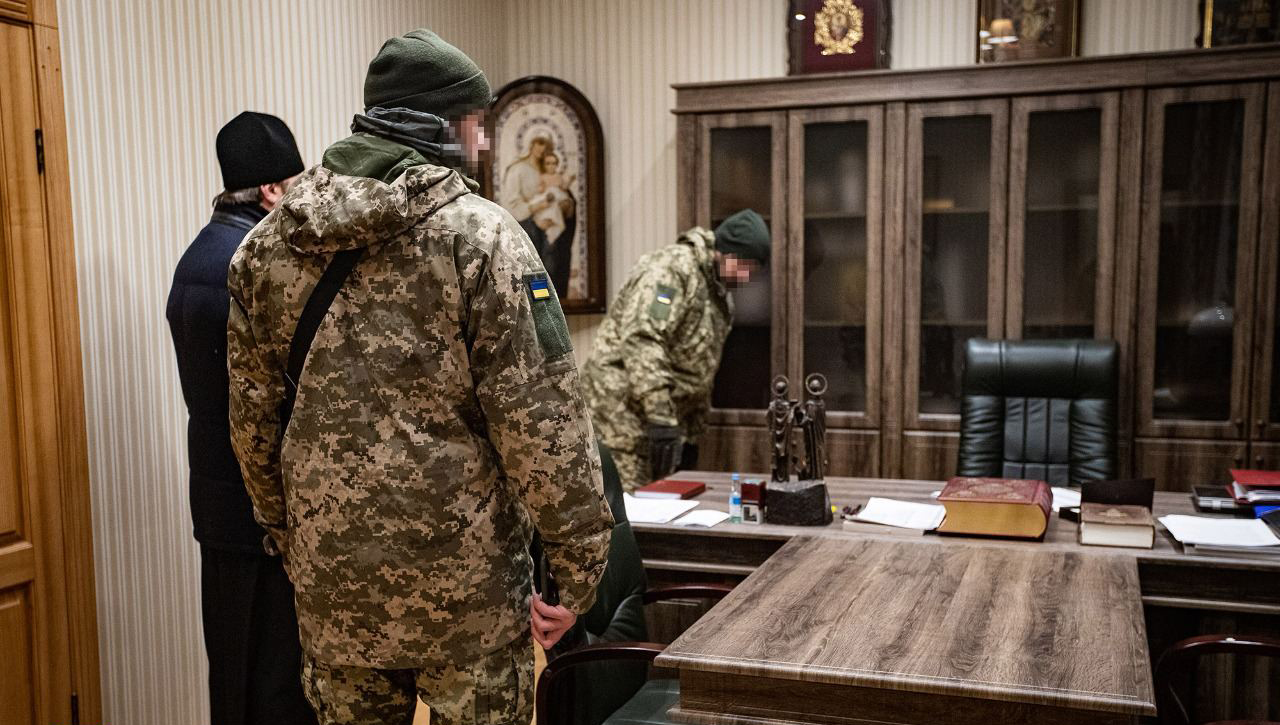 President of Ukraine Volodymyr Zelensky signed a decree according to which the activities of religious organizations allegedly associated with Russia will be banned in the country.

The decree was published on the website of the head of state.

“To put into effect the decision of the National Security and Defense Council of Ukraine dated December 1, 2022 “On Certain Aspects of the Activities of Religious Organizations in Ukraine and the Application of Personal Special Economic and Other Restrictive Measures (Sanctions),” the document says.

From the text of the decision of the National Security and Defense Council attached to the decree, it follows that the government must, within two months, submit for consideration by the Verkhovna Rada a bill on the impossibility of the activities of religious organizations “affiliated with centers of influence in the Russian Federation” in the country.

In turn, the SBU, the police and other state bodies were ordered to intensify measures to counter the "subversive activities of the Russian special services" in the religious environment in Ukraine.

The State Service for Ethnopolitics and Freedom of Conscience was instructed to conduct a "religious examination of the statute on the administration of the Ukrainian Orthodox Church for the presence of a church-canonical connection with the Moscow Patriarchate and, if necessary, to take the measures provided for by law."

In addition, a check will be made on “the existence of legal grounds and compliance with the conditions for the use by religious organizations of the property of the Kiev-Pechersk Lavra”, which is now under the jurisdiction of the canonical UOC-MP.

The day before, Vladimir Zelensky published a video message in which he stated that the Kyiv regime intends to ensure the “spiritual independence” of Ukraine.

According to him, the authorities should create "such conditions when any figures dependent on the aggressor state will not be able to manipulate Ukrainians and weaken Ukraine from within."

He listed the decisions of the National Security and Defense Council aimed at banning the activities in Ukraine of religious organizations "affiliated" with Russia, and mentioned the need to "strengthen the capabilities of the State Service for Ethnopolitics and Freedom of Conscience."

“This structure will be reformed, which will allow it to really protect the rights and legitimate interests of Ukrainians and the state.

With these and other decisions, we guarantee Ukraine spiritual independence,” Zelensky said.

After the corresponding decree was published on the president’s website, the SBU issued a statement about searches in the churches of the canonical UOC in Zhytomyr, Rivne and Zakarpattia regions.

According to the department, the measures are being carried out jointly with the police and the National Guard "as part of systematic work to counter the subversive activities of the Russian special services."

Recall that after the start of the special operation of the Russian Federation in Ukraine, the Kyiv regime significantly increased pressure on the UOC.

Over the past few weeks, a whole series of searches have been carried out in dioceses and churches, including in the Kiev-Pechersk Lavra.

On November 23, the SBU said that more than 50 people were detained, who underwent "in-depth counterintelligence interviews", including using a polygraph.

It was noted that among those interrogated were not only citizens of Ukraine, but also foreigners, including Russians.

The SBU also published photographs of "pro-Russian literature" that was allegedly found during searches of clergy.

As stated in the SBU, the measures were carried out to "prevent the use of the Lavra as a cell of the Russian world."

Later it became known that one of the priests of the Kiev-Pechersk Lavra was charged with spreading propaganda among the parishioners.

It is worth noting that earlier the authorities of certain Ukrainian regions banned the activities of the UOC on their territory.

So, back in May 2022, the deputies of the Stryi city council of the Lviv region made such a decision, after which they turned to the Verkhovna Rada with a request to adopt similar bills regarding the Ukrainian Orthodox Church, which would extend the ban to the whole country.

For many years, the canonical UOC-MP was in the status of a self-governing church within the Moscow Patriarchate, which was reflected in its charter, as well as in the Charter of the Russian Orthodox Church.

In May 2022, the UOC held a council, at which it declared its complete independence and independence from the ROC.

The church council also condemned the armed conflict and appealed to the Ukrainian and Russian leadership with a request to continue the negotiation process and find a way to stop the bloodshed.

However, the UOC still became the object of pressure from the Kyiv regime for its alleged ties with Russia.

As experts interviewed by RT noted, Zelensky, with his current actions, wants to cut off all paths to normalizing relations with Russia, including through common religious traditions.

“It is absolutely clear that the West set Zelensky the task of discrediting and destroying the Ukrainian Orthodox Church and preventing the normalization of relations.

This is a very concrete political step aimed at further dividing Orthodox Ukraine and Russia,” said Sergey Margulis, senior lecturer at the Department of International Politics and Foreign Regional Studies at the Institute of Social Sciences of the RANEPA.

According to him, Zelensky actually brings to its logical end the policy of his predecessor, Petro Poroshenko, who initiated a church schism in Ukraine, achieving autocephaly for the Orthodox Church of Ukraine.

How long-lasting these consequences will be depends on the results of the special military operation and the preservation of the current Ukrainian regime in power,” the expert noted.

According to the deputy director of the Institute of History and Politics of the Moscow State Pedagogical University Vladimir Shapovalov, the actions of Zelensky, his administration and the National Security and Defense Council of Ukraine fundamentally contradict the fundamental principles of democracy, human rights and freedoms and are a barbaric way of fighting their ideological opponents.

“All over the world, the priority human right is freedom of conscience and religion.

In no civilized democratic country is it possible to persecute the church.

This is a continuation of the policy of Poroshenko, who did everything to destroy the Orthodox Church in Ukraine.

In fact, we are talking about Zelensky’s struggle against his own people, since the Orthodox Church is the traditional church for the inhabitants of Ukraine, ”the political scientist emphasized.

According to Shapovalov, the actions of the Kyiv regime are “the final degeneration and fascistization of Ukrainian politics,” which the Western community will try not to notice or directly approve.

“Zelensky’s allies will, of course, cover up these actions and endorse them in every possible way, as the fight of the West against the Orthodox Church has been going on for many years.

Now in Ukraine, as part of the struggle against Russia, we see how the West is once again fighting against the spiritual foundations of the Russian world, since the Orthodox Church is the basis of its values.

In fact, we are talking about the fact that the West, through the hands of Zelensky, is once again starting a crusade against Orthodoxy in Ukraine, ”the expert noted.

Such actions of the Kyiv regime will lead to increased splits and conflicts in Ukrainian society, as well as to further persecution of the Russian and Russian-speaking Orthodox population of Ukraine, Vladimir Shapovalov concluded.