World: the last 1/8 ticket for Switzerland which eliminates Serbia

Switzerland validated the last ticket for the round of 16 of the World Cup by beating and eliminating Serbia (3-2) as in 2018, after a spectacular and tense meeting on Friday in Doha. 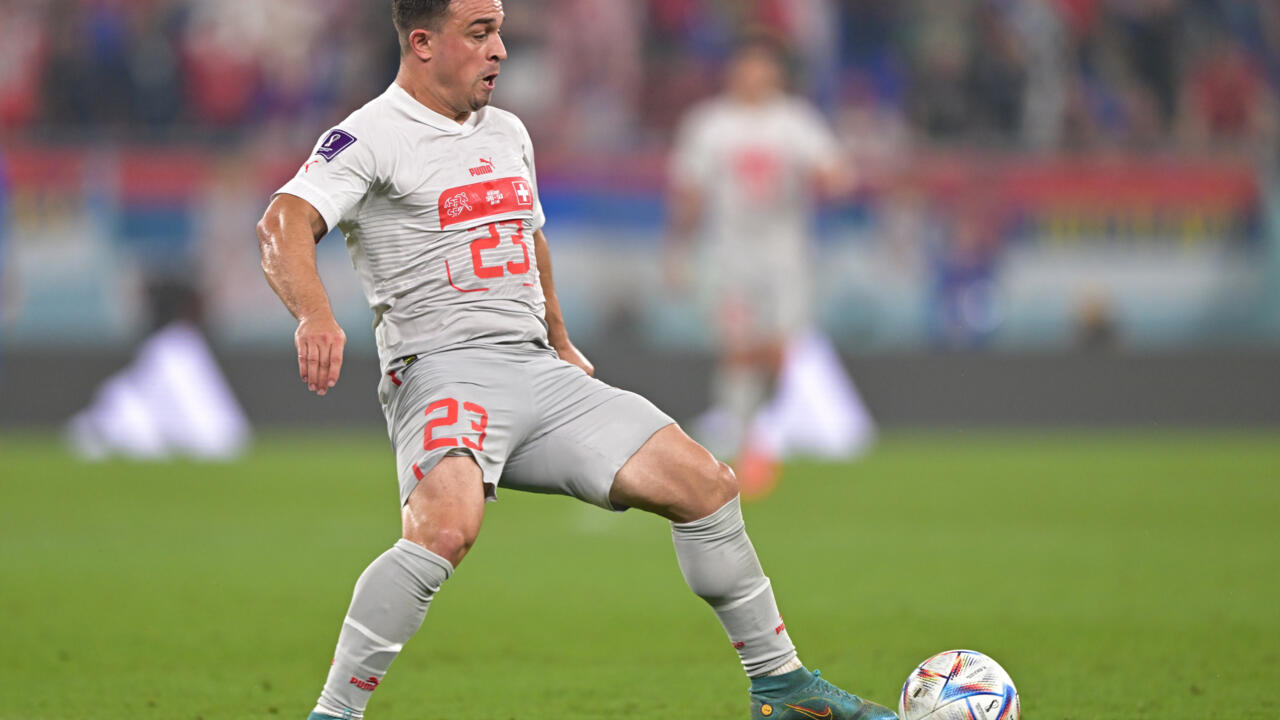 The Nati reached the round of 16 of the World Cup for the third time in a row.

In an overheated atmosphere with a large Serbian majority, the match started with the pedal to the metal, with a first Swiss chance just seconds after kick-off, Breel Embolo then Granit Xhaka failing in turn on Vanja Milinkovic-Savic, the goalkeeper of the Torino.

The Serbs, in turn, proved dangerous in the 5th minute, when a strike from Andrija Zivkovic hit the goal post of Gregor Kobel (11th).

However, it was the Swiss who opened the scoring, following an overflow and a cross from Ricardo Rodriguez on the left side, Sow slipped aside for Xherdan Shaqiri whose shot from the left, slightly deflected by Pavlovic, deceived Milinkovic -Savic (20th).

Alert and indecisive, the meeting announced an exciting continuation, an impression quickly confirmed by the equalizer of Akleksandar Mitrovic, on a jewel of opening of the left-handed master Dusan Tadic: the striker of Fulham beat Manuel Akanji and placed a superb uncrossed header out of reach of Kobel (27th).

After a fine save from Pavlovic at the feet of Shaqiri who was spinning alone in goal (33rd), Juventus striker Dusan Vlahovic gave the advantage to the Serbs, with a cross shot in the area after a new service from Tadic , in all the good moves of his team (35th).

Tense end to the game

Totally unbridled, the meeting remained so until the break since Monaco striker Breel Embolo, already a scorer against Cameroon (his country of origin) equalized for Switzerland by closely taking up a tight cross from the right side Silvan Widmer (44th).

Barely time to take a breather during the break, and the crazy encounter resumed on the same basis, with a third goal from the Nati scored at the conclusion of a school action: a center from Shaqiri for Ruben Vargas whose brilliant deviation found Remo Freuler, alone at the far post (48th).

Later, Breel Embolo appeared to have words with Serbian players, and in the 78th minute a call on the stadium microphone asked the public to stop the discriminatory chants and behavior.

The last minutes of the game were tense, especially during a scuffle between extra time between Xhaka and Milenkovic, both warned (90 + 5).

For both teams, history seemed to repeat itself since Switzerland had already beaten Serbia in the group stage at the 2018 World Cup in Russia, with two goals from Shaqiri (already) and Xhaka for the Nati, against only one from Mitrovic.

Three players still present this Friday in Doha for the same outcome: the eighth for Switzerland and the return home for the Serbs.