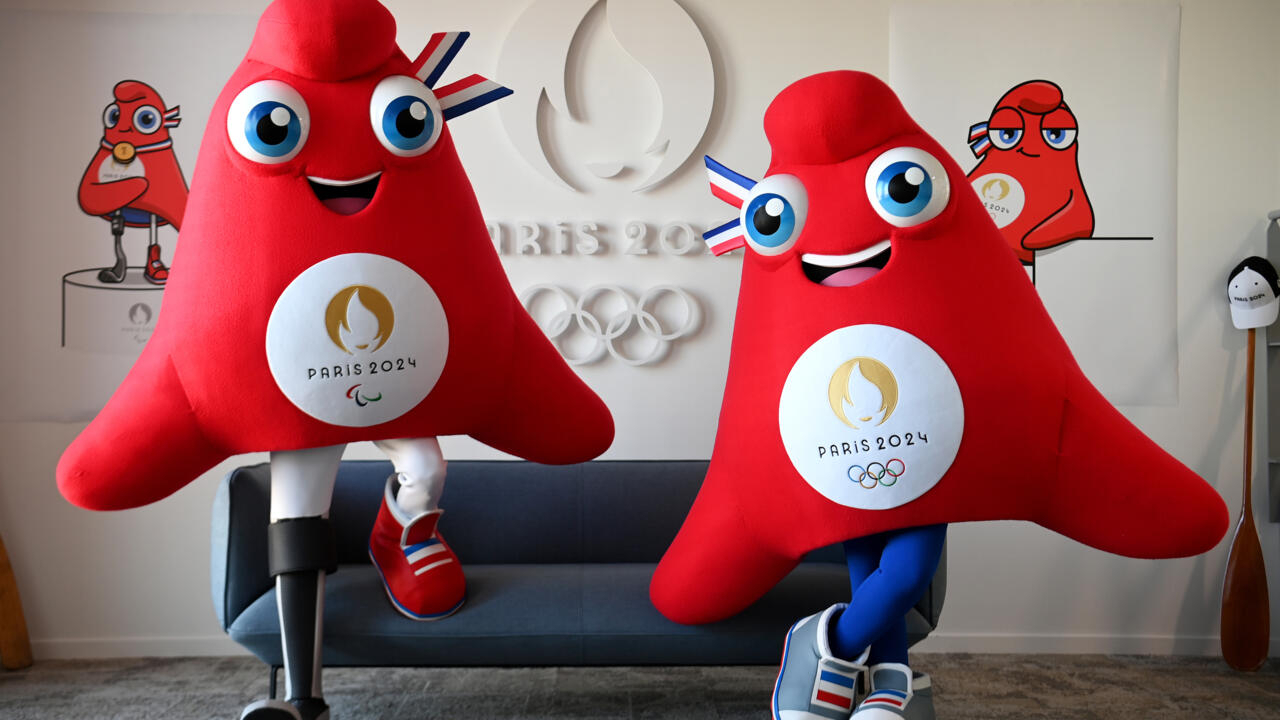 These red stuffed animals were officially presented on Monday and will arrive this week in the official merchandise store, which opens its doors the same day in the Les Halles district in the heart of Paris.

These soft toys are almost all made in China, "like the vast majority of soft toys sold in France", underline the organizers of the Paris Olympics.

The contract was awarded to the French companies Gipsy and Doudou et Compagnie, which share it respectively at 60% and 40%.

Doudou et Compagnie plans to produce 15% of its quota in its factory in Guerche-de-Bretagne (in Brittany) which will expand for the occasion.

For this part of the French production, the stuffing, the assembly, and the sewing will be carried out in Brittany but the raw materials and the preparation of the spare parts in China.

In the end, 8% of the stuffed animals should be made in France, said the organizing committee (Cojo) during the press conference on Monday.

In total, so-called “merchandising” revenues are supposed to bring in 127 million euros, according to figures from the 2021 budget of the organizing committee (Cojo).

A budget revision must take place by the end of December to find savings while the Cojo's overall budget is affected by inflation.

In addition to the official online store and that of Les Halles, the mascots will be sold at Carrefour, which is one of the sponsors of the Olympic Games, but also in specialized toy stores.

The "phryge" of the Olympic Games is shod in sneakers.

The mascot is also available in a Paralympic version, with one of the two legs consisting of a blade, a prosthesis characteristic of certain Paralympic athletes.

According to the figures given by the organizing committee, 65% of the mascots are animal figures and when this is the case they are mostly bears.

"It's a special day for Paris-2024, it's always a high point in the life of an Olympic and Paralympic committee," said Tony Estanguet.

The Phrygian cap is "known all over the world" and it is present "in art, in town halls, on stamps...", he added.

No animal this time, like the panda that made a splash at the last Winter Olympics in Beijing.

"We wanted to stand out and not choose an animal but an ideal," said Estanguet.

By choosing the Phrygian cap that caps Marianne, the organizing committee has once again straddled republican and revolutionary rhetoric, as it had done for the route of the marathon which follows the route of the women's march of October 5, 1789.

“We want these mascots to embody the French spirit,” explains the organizing committee.

His eyes are blue and from one of them come two ribbons in the colors of the French flag in a cockade fashion.

In recent months, the organizers have explained that they have consulted historians for the "narrative they are building" around the Olympics, also in view of the unprecedented opening ceremony on the Seine on which the committee is betting a lot.

This is how we can see the history of the 20th century scrolling at full speed in their latest clip, on the slogan of the Olympic Games, ("Let's open the Games") this time: Simone Veil at the podium of the 'Assembly or also students throwing paving stones in May 68, images slipped between two sporting exploits.