After the execution of a Palestinian youth from distance zero... American and European "concern" and Palestinian factions threaten the occupation

The United States and the European Union expressed their “concern” about the escalation of Israeli violence in the West Bank, after the Israeli occupation executed a Palestinian youth from distance zero, bringing the number of martyrs within 72 hours to 10. 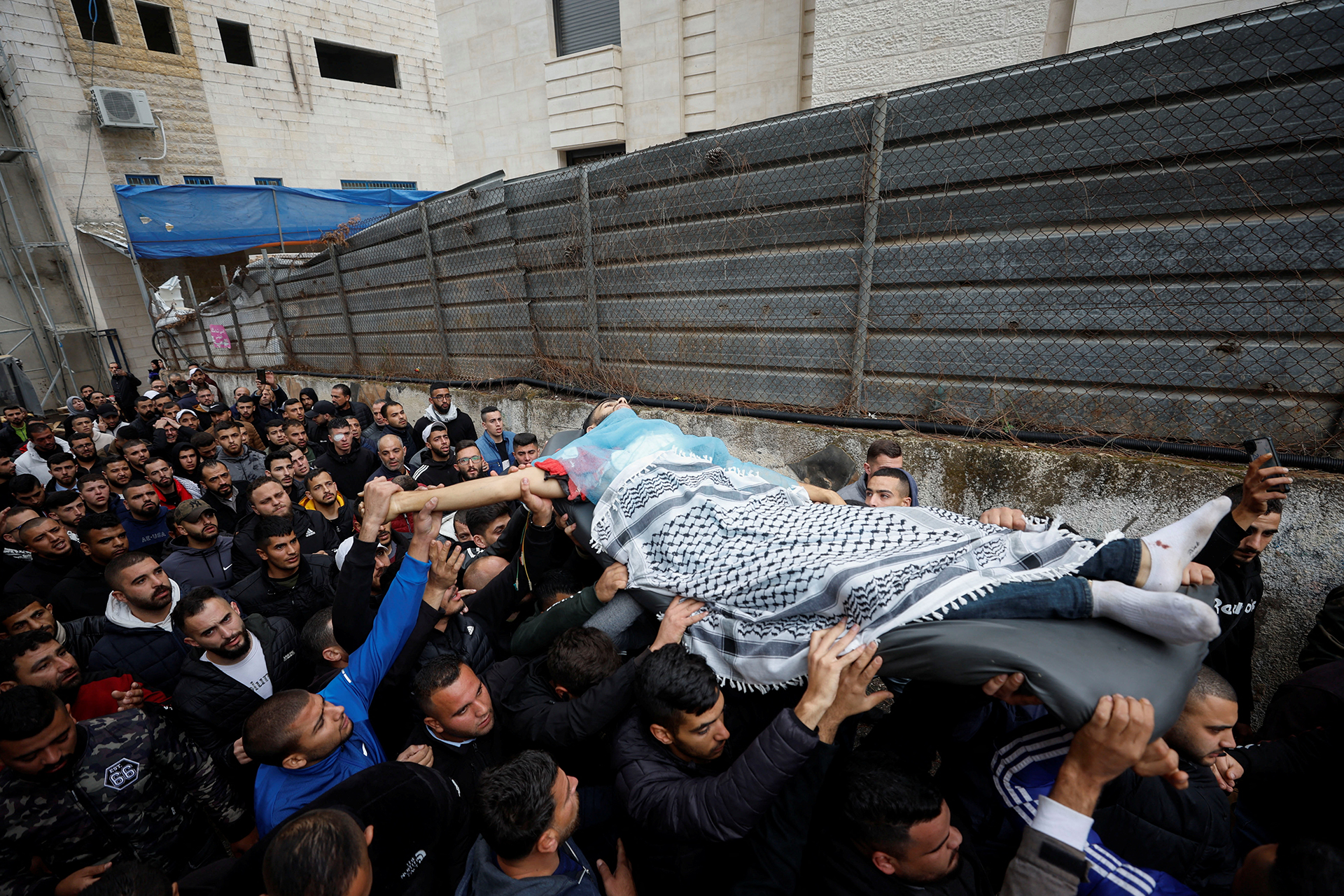 The United States and the European Union expressed their "concern" about the escalation of Israeli violence in the West Bank, after the Israeli occupation executed a Palestinian young man from distance zero, bringing the number of martyrs within 72 hours to 10, amid Palestinian demands for international protection.

On Friday, the Palestinian Ministry of Health announced the death of a young man who was wounded earlier in the day by an Israeli bullet that shot him from zero distance in Hawara, south of Nablus.

Activists published pictures that they said were of two Palestinians who tried to free the young man from the grip of the soldier who had clamped him down, pulled him to another place and shot him.

Eyewitnesses said that the occupation forces prevented ambulance crews from reaching the young man after he was wounded.

The Israeli army radio claimed that the young man tried to steal the soldier's weapon and stabbed him, but the soldier shot him.

For its part, the Palestinian Presidency said that the cold-blooded execution of the young man, Ammar Hamdi Mufleh, by the occupation bullets in the town of Hawara, south of Nablus, is a heinous crime within a series of crimes committed daily against the Palestinian people.

The Palestinian Presidency added in a statement that these crimes, which have become an official policy of successive Israeli governments, require urgent intervention to provide international protection for the Palestinians.

For its part, the Islamic Jihad movement said that the execution process in full view of the world is a war crime with full elements.

The Popular Front for the Liberation of Palestine considered the crime of executing the young man, Ammar Mufleh, a new witness to the fascism and criminality of the occupation and its organized terror against the Palestinian people.

A harsh scene.. the moment an occupation soldier executed a Palestinian youth in Hawara, south of Nablus.# Palestine pic.twitter.com/yrPsrhsuoY

In a brief statement, the Union confirmed that the killing of 10 Palestinians within 72 hours by the occupation reflects the use of lethal force by the Israeli security forces, which contravenes the principles of international law.

The federation added that this year is the bloodiest since 2006, and called for an investigation into civilian casualties and ensuring accountability.

Meanwhile, on Friday, Palestinian Prime Minister Muhammad Shtayyeh called on the United Nations to present an initiative for peace in the Middle East, and to place it on the table of the UN Security Council.

Shtayyeh said that the United Nations is "responsible for achieving peace in the world, as well as curbing the attacks of the occupation army and its settlers, through the presence of United Nations institutions in the seam areas."

This came during Shtayyeh's participation - via "Zoom" technology - in the International Day of Solidarity with the Palestinian People, which was organized by the Economic and Social Commission for Western Asia (ESCWA) on Friday at the United Nations headquarters in New York.

Shtayyeh called - according to a statement issued by his office - the member states of the United Nations to support the full membership of Palestine, pressure Israel to allow general elections to be held in Palestine, and hold it seriously accountable for its crimes that it launched and practiced against the Palestinian people.

He pointed out that, "Since the beginning of this year, the Israeli occupation army has killed more than 200 Palestinian citizens and arrested thousands. The new Israeli government vows further escalation against the Palestinian people, geography and narrative, with the main aim of destroying the possibility of establishing an independent state of Palestine with Jerusalem as its capital."

He said, "This occupation profits 50 billion dollars annually from its use of the Palestinian lands, and to end it, it must be made a losing occupation, and it is a responsibility for us and for the international community as a whole as well."