Turkish demands and conditions on the table.. Will Moscow and Washington respond to prevent a ground incursion into northern Syria?

Turkey set its demands and conditions not to start a ground incursion into northern Syria, but the positions of the concerned parties - especially Washington and Moscow - have not yet crystallized, which makes the region open to all scenarios. 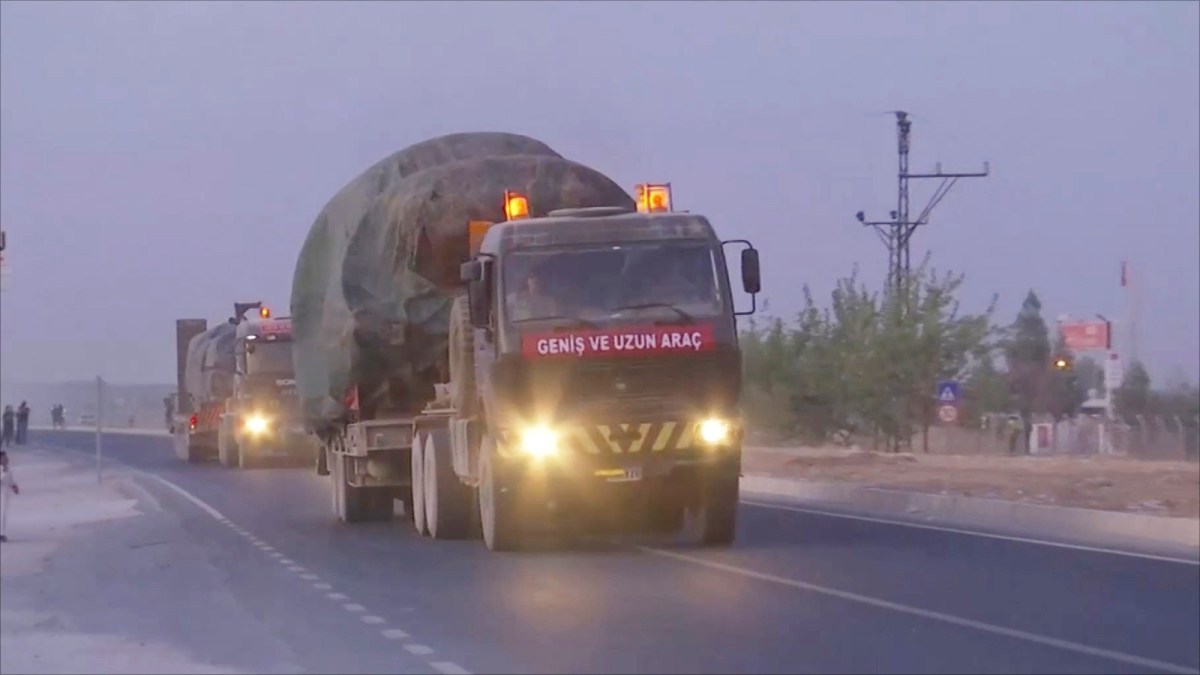 Turkey set its demands and conditions not to start a ground incursion into northern Syria, but the positions of the concerned parties - especially Washington and Moscow - have not yet crystallized, which makes the region open to all scenarios.

According to what Turkish official sources told Al-Jazeera, Russia is making efforts to meet Ankara's demands in northern Syria as an alternative to the military operation, and the most important demand is the withdrawal of the so-called "Syrian Democratic Forces" (SDF) from Manbij, Ayn al-Arab (Kobani) and Tal Rifaat, 30 kilometers away. On the Turkish borders, and Ankara said that it had given a time limit to accept its terms, otherwise the alternative would be a ground operation.

For his part, the spokesman for the Turkish presidency, Ibrahim Kalin, confirmed that the Turkish military ground operation may begin at any time, and that this depends on the assessment of the concerned references.

The writer and political analyst, Muhammad Ajit, told Al-Jazeera as part of the “Beyond the News” program that when Turkey takes a final decision in order to protect its security and territorial integrity, neither Russia nor America can confront it, stressing in the same context that Turkey is trying to build a good relationship with the Syrian regime. However, the latter cannot confront what he called terrorist activities in northern Syria.

Turkey stipulated the return of the Syrian regime's institutions as an alternative to the "Syrian Democratic Forces", including the security forces and border guards, and gave Ankara a time limit to meet its conditions, otherwise the alternative would be a ground operation.

Russia cannot influence the developments taking place in northern Syria or put pressure on Turkey, because - as Yuri Mavashev, director of the Center for New Turkish Studies in Moscow says - it no longer has much influence because of its war in Ukraine, and because many of its forces were removed from Syria, and its interest in The Turkish military operation is aimed at causing a rift in the relations between Washington and Ankara, given that the illegal Kurdish forces are under the command of the American forces in Syria.

Mavashev described the relations of Russian President Vladimir Putin and his Syrian counterpart, Bashar al-Assad, as very difficult and strange, noting that the Iranian role in Syria does not satisfy Russia or Turkey.

While Moscow is making efforts here and there to prevent the Turkish ground incursion into northern Syria, Washington echoes its fears that the Islamic State will benefit from the current escalation.

In turn, a former member of the US National Security Council, Charles Caption, confirmed to the "Beyond the News" program that the Turkish ground operation will have consequences for confronting the state organization, indicating that such an operation may open the door wide for the continuation of endless fighting in Syria.

The US National Security Council Communications Coordinator, John Kirby, said that Turkey has the right to defend what he described as terrorism on its own behalf, but he indicated his country's opposition to any move that might affect the continuation of the war against ISIS or cause civilian casualties.