The Mossos d'Esquadra are investigating the appearance of a body in a container in the Eixample district of Barcelona, ​​specifically between Casanova street and Roma avenue.... 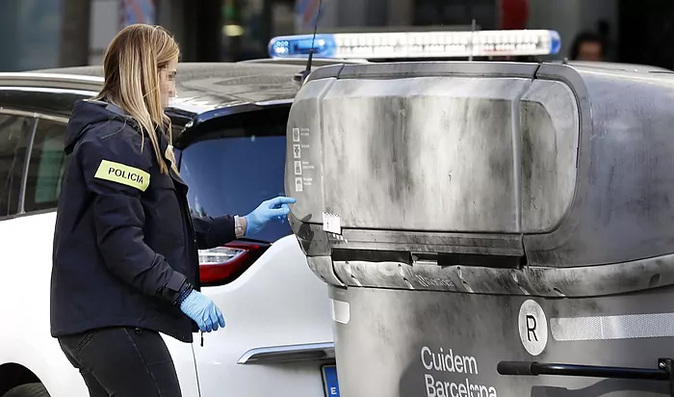 The Mossos d'Esquadra are investigating the appearance of a body in a container in the Eixample district of Barcelona, ​​specifically between Casanova street and Roma avenue.

According to several sources, a homeless man found a male torso inside a suitcase while he was removing the container, for which he notified several merchants in the area.

After ascertaining that there were remains of a mutilated corpse, they notified municipal workers and an ambulance that were in the area and then called the police.

Agents cordoned off the area for hours to search for evidence.

The court ordered the removal of the body.

The Criminal Investigation Division (DIC) of the Mossos d'Esquadra took on the case, beginning by examining the security cameras of nearby businesses as well as questioning the different witnesses while the Scientific Police Division examined the remains found.

While the police device was active, some bars and restaurants were prevented from having the terraces as they usually do, according to BTV.

The street was also closed to carry out the investigation.

Neighbors talk about how they saw two men with several travel bags near the containers first thing in the morning.

A neighbor in the area has explained that she has seen a suitcase "the size of a violin" in the place.

The agents took 360-degree photographs in the area, which will be used for the investigation, and fingerprints were taken from the gray container, which is next to the recycling bins.

A truck took the container to look for more evidence in it.

The Investigating Court 23 of Barcelona, ​​acting as a guard, has opened an investigation for the discovery of this trunk at the bottom of a container this morning in the city of Barcelona.

The judicial committee, made up of the magistrate, a lawyer from the administration of justice, a prosecutor and a forensic officer, went to the area to carry out the corresponding proceedings.

At the moment the cause is not declared secret, despite the fact that the Mossos reported otherwise, and the court is waiting to receive the autopsy report and the police report.