The protests in China – in 60 seconds

These are the most widespread protests seen in China since the demonstrations in Tiananmen Square in 1989. This time it is the corona restrictions that are fueling the protests, but in the background a greater discontent is bubbling. 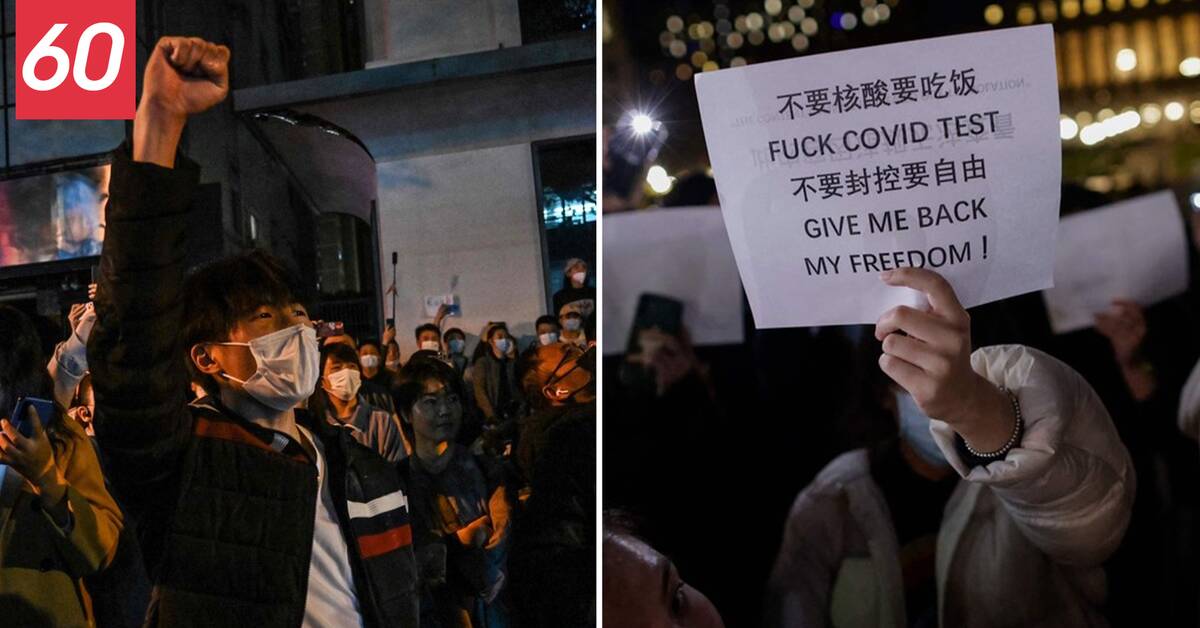 - Down with the Communist Party!

Down with Xi Jinping, shouts a brave protester in the street whose words risk harsh prison sentences.

After a deadly fire in a high-rise building, protesters took to the streets of several Chinese cities to show their dissatisfaction with the very strict corona restrictions in the country.

But there was also very rare criticism of the country's government and its leader Xi Jinping, which meant that the protests were quickly suppressed by the police and authorities.

But despite this, the protest movement now continues to smolder in the country.

In the video above, you get a summary of the protests that have shaken China in recent days.