In the Senegalese cheering squad, even the Moroccan fans have fun 'dance time' [World Cup Pick]

"This is what football means!" This is the reaction of netizens to Moroccan football fans enjoying the World Cup while dancing in Senegalese crowds. 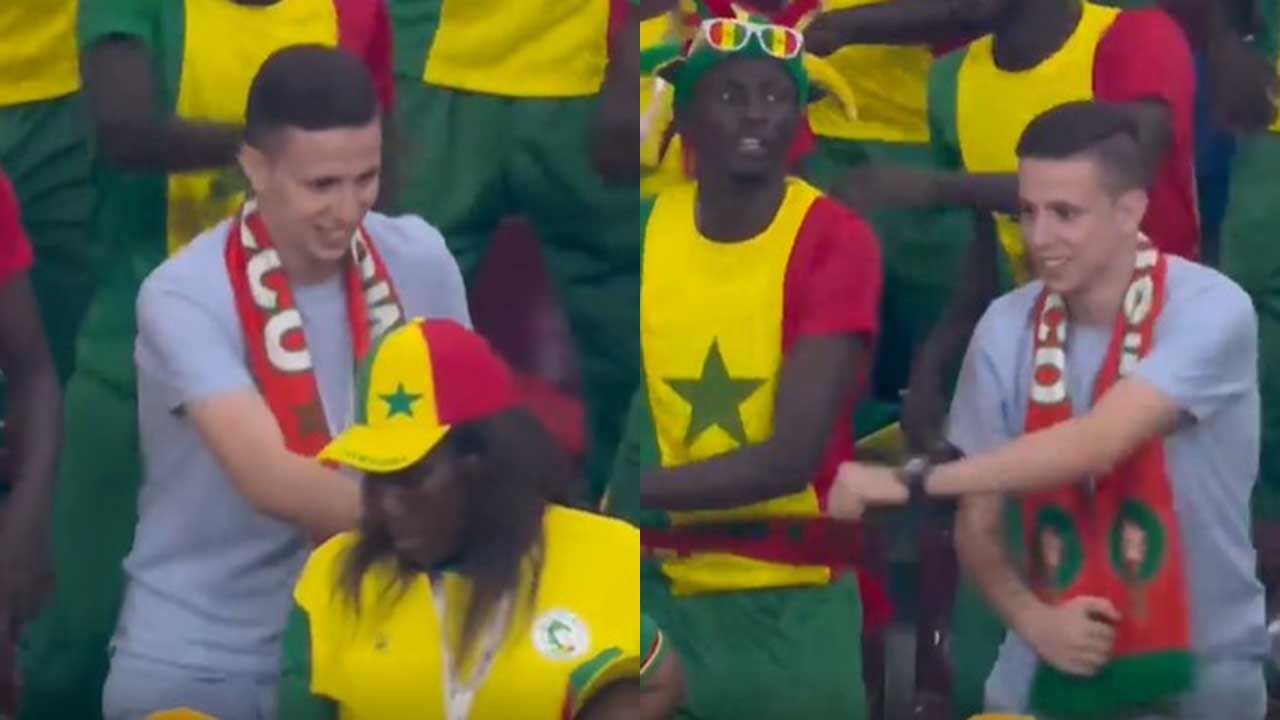 "This is what football means!"

This is the reaction of netizens to Moroccan football fans enjoying the World Cup while dancing in Senegalese crowds.

It was a moment when I realized that the World Cup is a festival for people all over the world.

As Senegal, the 'Lion of Teranga', dramatically advanced to the round of 16 for the first time in 20 years, Senegal was literally swept up in a crucible of enthusiasm.

In the third round of Group A of the 2022 FIFA World Cup in Qatar held at the Khalifa International Stadium in Aliyyan, Qatar on the 30th Korea time, Senegal defeated Ecuador 2-1 and secured a ticket to the round of 16 in second place following the Netherlands in the same group.

It is the first round of 16 in 20 years since the 2002 Korea-Japan World Cup, which caused a sensation in the quarterfinals.

Senegal took the lead with Sar's penalty kick goal in the 44th minute of the first half.

Ecuador's Moises Caicedo equalized in the 22nd minute of the second half, but Kalidou Koulibaly scored the winning goal three minutes later to win a thrilling come-from-behind victory.

In addition to the dramatic Round of 16 run, the match also had fans in the stands.

Moroccan football fans among the millions of Senegalese fans.

This Moroccan fan, wearing a Moroccan cheering scarf, was enjoying the festival to the fullest while cheering and dancing in Senegalese style with the Senegalese fans.

The SBS commentators who were broadcasting the game looked at this for a while and smiled for a while.

In response, netizens applauded the unity, saying, "This is the meaning of football" and "It is a really beautiful scene."

In addition, the splendid choreography performed by the leaders of the Senegalese cheering squad throughout the match captivated soccer fans around the world and added to the joy of the World Cup.

▶ A collection of the hottest 'World Cup Picks' selected by editors