At the trial of the Brussels attacks, a day devoted to the formation of the jury

Unlike France where terrorist crimes are judged by a special assize court, the first day of the trial of the Brussels attacks this Wednesday, November 30 was devoted to the appeal… 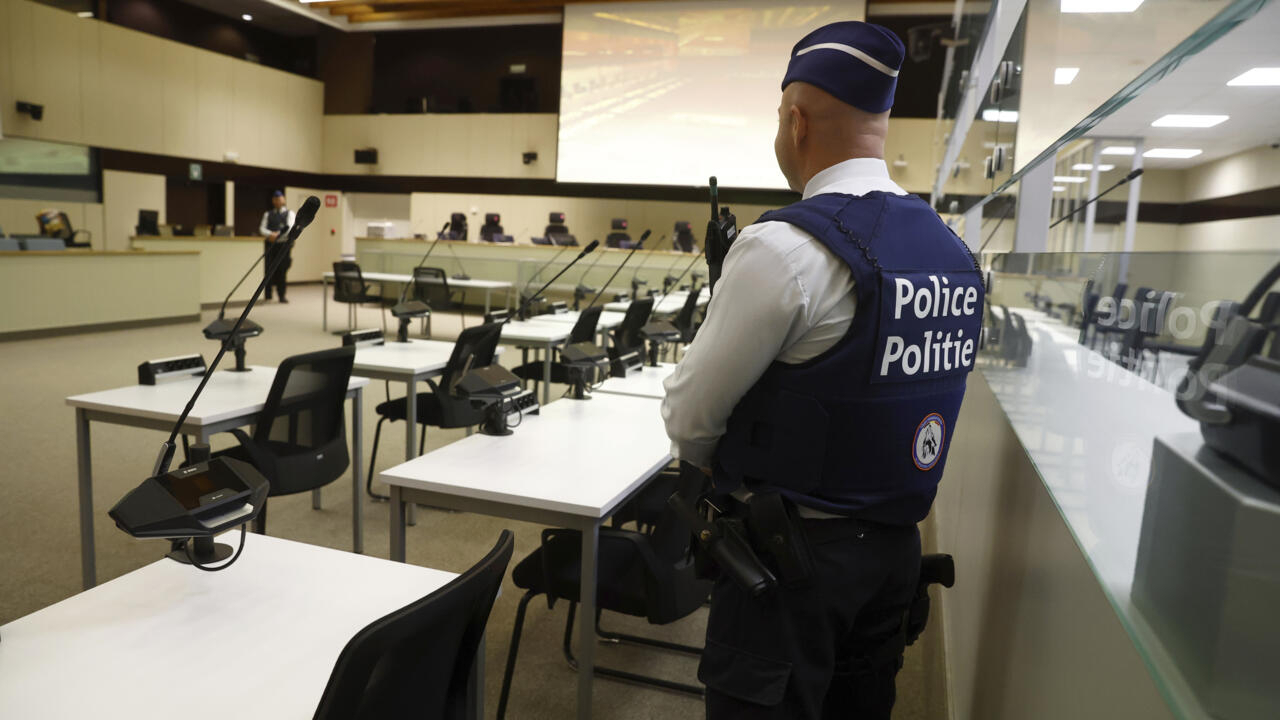 At the trial of the Brussels attacks, a day devoted to the formation of the jury

A policeman on duty in the room where the 2016 Brussels attacks will be judged.

Unlike France where terrorist crimes are judged by a special assize court, the first day of the trial of the Brussels attacks this Wednesday, November 30 was devoted to the appeal of the citizens who will form the jury.

Six hundred people were summoned to the former NATO headquarters where the trial of the attacks of March 22, 2016 in Brussels opened.

For more than seven hours, facing the nine impassive defendants, sometimes chatting with each other in the collective box, nearly 450 residents of the Brussels region thus marched in front of the court.

One by one, they declined their identity and several dozen of them asked to be exempted.

I'm going to be operated on in March

I have to breastfeed my 8-month-old baby

": most of them put forward medical, family and sometimes professional reasons for not being able to not sit as jurors.

Some have put forward personal links with a particular lawyer or victim of the attacks that could affect their impartiality.

The president of the court Laurence Massart rejected many of these requests, but many candidates were willing to participate in this exceptional jury.

It's a big deal, we're not going to hide it, but it's interesting

", explains Hanane at the microphone of our correspondent

This employee in a nursery in Brussels hopes that this trial will allow her to understand what happened.

It will stay for life

,” she says of the two suicide bombings.

These attacks, perpetrated by the jihadist cell already at the origin of the attacks of November 13, 2015 in Paris and Saint-Denis, had left 32 dead and hundreds injured at Brussels-Zaventem airport and in the metro of the capital. Belgian.

After more than twelve hours of hearing, the 293 names finally selected were placed in a huge red vase, then the president drew lots for those who will make up the jury.

Unlike France where they are subject to a special assize court (composed solely of magistrates), "terrorist" crimes are still judged in Belgium by 12 citizens drawn by lot to assist three professional magistrates.

Unprecedented situation in Belgium, permitted by a recent law: 36 seats will be occupied in their ranks, for 12 titular jurors and 24 substitutes brought to replace at short notice any absence.

When the hearing opened shortly after 9:45 a.m. on Wednesday, Salah Abdeslam, full beard and big dark sweater, was content to state his identity at the request of the president of the assize court.

Only one defendant, Swede of Syrian origin Osama Krayem, refused to stand up during roll call and say a word to the court.

They are nine defendants at this trial, seven in the box and two appearing free.

A tenth man, Osama Atar, is tried in absentia, because he is presumed dead in Syria.

According to a provisional timetable, the defendants are supposed to be questioned on the facts from December 19, the first testimonies of victims being expected in mid-January.

Relatives of deceased victims, people injured or suffering from psychological consequences: a thousand people became civil parties to the trial to claim compensation for damage.