"He will have her killed" - the murdered woman's child says

During the second day of the trial, the murdered woman's daughters told how their mother changed after she moved in with the accused man, almost five years ago. They described a frail and fragile woman suffering in the suites after a cancer operation with severe pain and impaired balance. 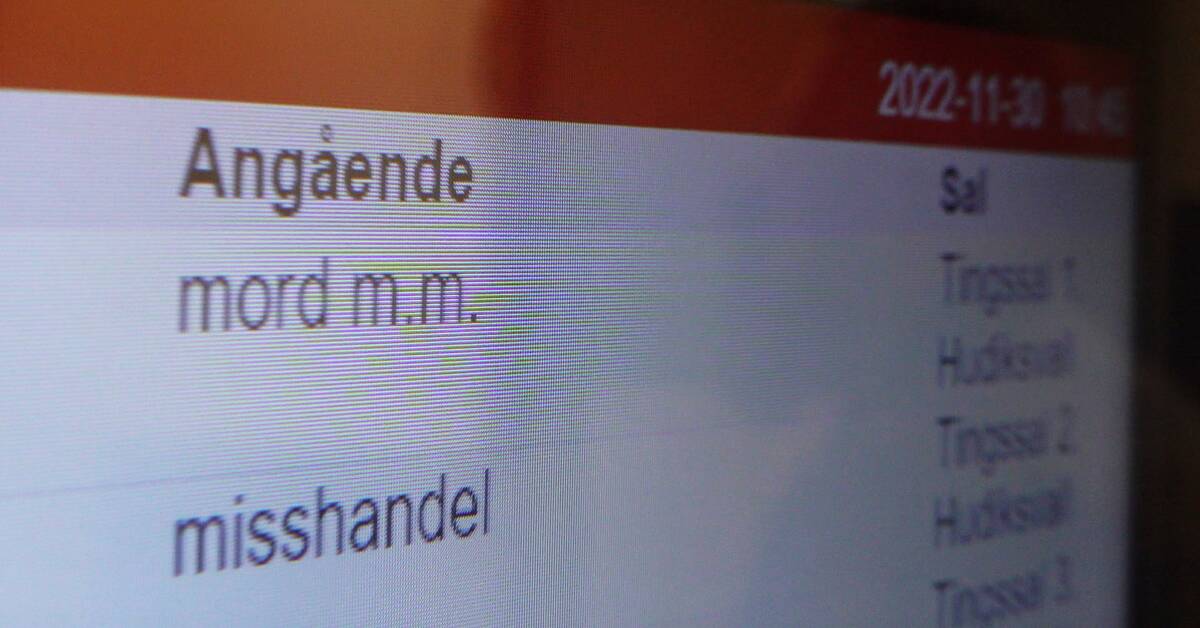 -I told her I know he hits you, people talk about it.

Mother said that yes, he is the one who hit me, said one of the daughters who testified in the Hälsingland district court today.

According to the daughters, the woman started taking anti-depressant medication after she met the murder suspect.

They described her as a fun-loving woman who often took the initiative in trips and family dinners and who always put others before herself, until she met the man.

- We were terrified of what mother would be exposed to.

You rarely got to meet her face-to-face.

She became shy of people.

She wasn't like that before, says one of the daughters in the courtroom.

Was diagnosed with cancer

Two years ago, the woman was diagnosed with cancer of the spine.

She underwent surgery and suffered from severe pain and impaired balance afterwards.

She was prescribed painkillers to cope with everyday life.

- She was extremely fragile and delicate at this time.

She needed help climbing stairs and getting in and out of cars, one of the daughters said.

"Had a panic attack"

The accused man does not want to admit or deny the crime, according to him, he does not remember the night due to intoxication.

The defense's line is that the man is not guilty of murder because they believe that the combination of the medications that the woman took must have caused the death itself.

-When I woke up in the morning, I turned to face her in bed and felt that she was completely cold.

Then I saw blood and panicked, said the man suspected of murder.