The remains of health 'apartheid': 13 CCAAs deny care to 'undocumented' if they have not been in Spain for 90 days and 16 are billed by the ER

13 autonomous communities deny health access to people in an irregular situation if they have not been in Spain for at least 90 days, including pregnant women and minors. 16... 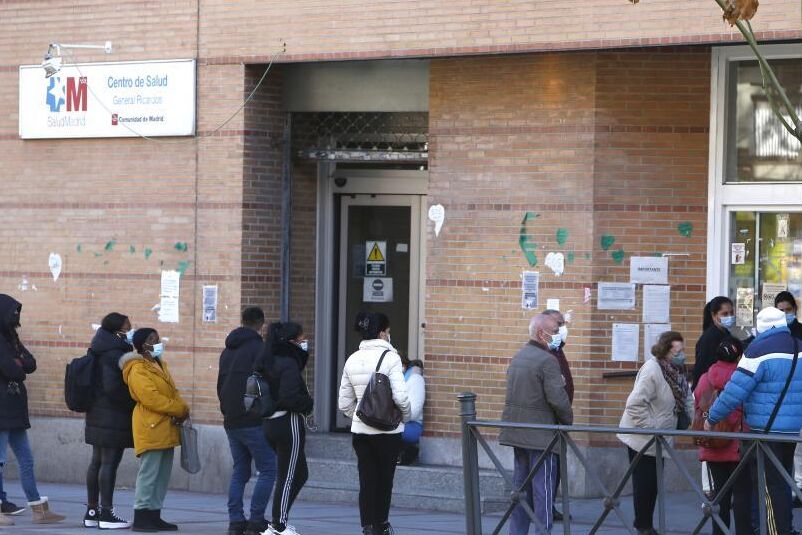 to people in an irregular situation

if they have not been in Spain for at least 90 days, including

migrants, or send them dissuasive notices, the cost of the care they have received in the

, who only have the option of contracting a Special Agreement with health services that costs between 60 and 157

These are some conclusions of the report

The right to health care in the autonomous communities: a right in pieces

, that the historical group of health professionals and social agents '

He has worked in the 17 CCAAs from May to September 2022 and is presented this Tuesday.

excluded from health care all people in an irregular administrative situation (except pregnant women and minors).

It was what became known as '

Six years later, another Royal Decree (on 7/2018), this time from the Government of

, boasted of the restitution of universality and although the care of many people improved, it did not fully recover the situation prior to 2012. And, to top it off, in 2019 the

(through the General Directorate of the Basic Services Portfolio) published some

Recommendations for the regulatory development of the RDL

, which are the key to this matter.

Because that text "without having the nature of law, included requirements contrary to it," he says

In other words, it proposes conditions that the 2018 law not only does not require, but are even contrary to it.

Thus, "these regulations have materialized in different ways in the Autonomous Communities, introducing great inequalities between them and generating significant legal uncertainty," the report states, which ensures that an "absolutely disparate regulation that delves into

territories that consolidate the

The work of this medical and social group identifies several cracks in the presumed universal and equal care enshrined in the rule of law.

For example, without the law requiring anyone to prove that they have been in Spain for three months, the

have done that except

, 13 CCAA and Melilla ask the person

papers showing that you were already here for more than three months.

And they do it as an essential requirement to obtain the

Even so, in some Castilian-Lamancha centers this documentation is requested.

Another major leak is that "to a greater or lesser extent, all the Autonomous Communities are billing these people for the health care received in the ER or sending them

, even though they have the right to receive it", maintains

, report coordinator and spokesperson for

"All except Catalonia, which has a way to cover this assistance, although sometimes, in practice, it is not offered."

The report details that, for example, the

send billing notices that are not effective afterwards.

Or that other CCAAs come to ask the migrant to pay before receiving urgent care.

The document indicates that, given the refusal to care for these people if they do not demonstrate a previous stay of three months, the Emergencies, both

, becomes your only chance of shelter in the face of a health problem.

And with the exception of Catalonia, and to some extent the Basque Country,

, 13 Autonomous Communities exclude the ascendants of regrouped families from care unless they take out public insurance at between 60 and 157 euros per month.

For this, in addition, they must take a year

And such a contract does not include the payment of the

, which migrants must do on their own.

The other option, denounces the report, is to hire private insurance.

asks that the wording of the preliminary draft of

Law of Equity and Universality of the National Health System

that is being processed in

because "it does not return the ownership of the right to care", "it keeps the regulation of the procedures in the hands of the CCAA", "it does not include the exceptions for minors and pregnant women" and "incorporates the suspicion of health tourism".

And, for all that,

It calls for "shielding universality in a simple and clear law without distinctions based on administrative situation" and "to standardize healthcare access throughout Spain".