Fainting, screams and chaos at the Harry Styles concert in Bogotá

The British singer and songwriter Harry Styles turned Bogotá this Sunday into a sea of ​​emotions in which his fans gave free rein to their feelings in the expected... 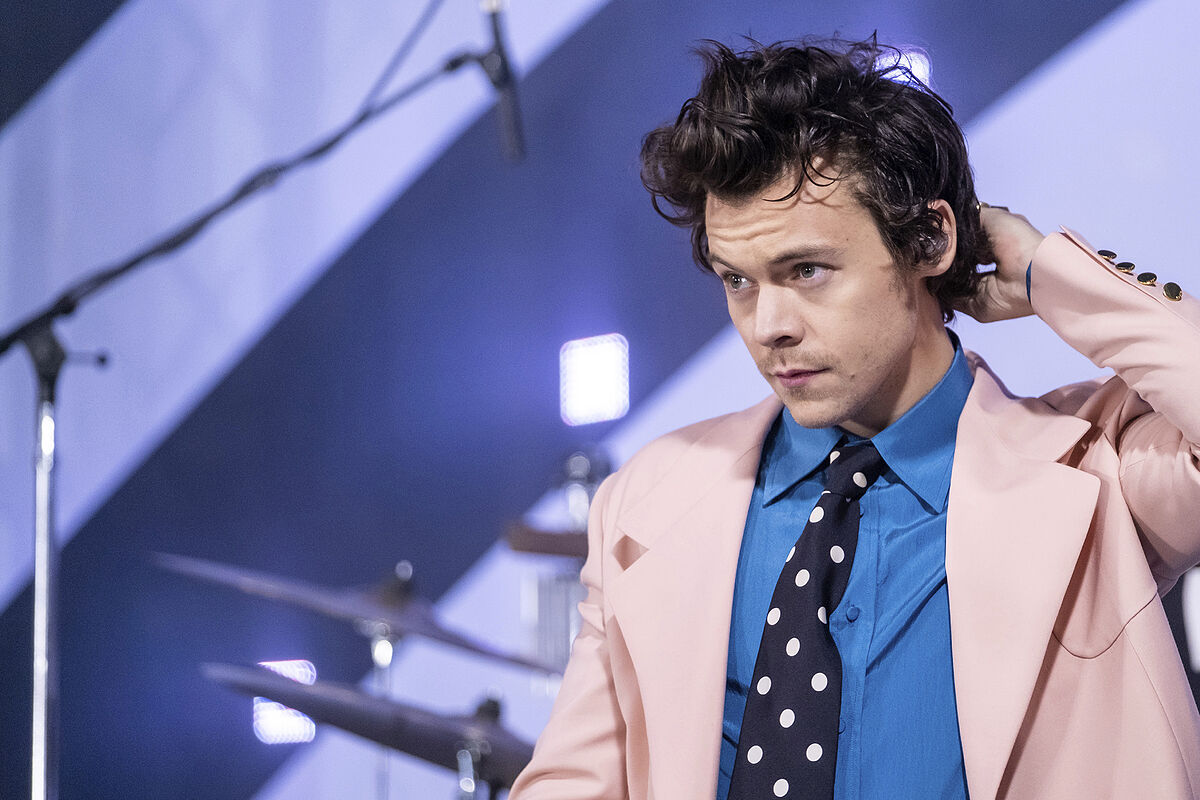 The British singer and songwriter

this Sunday into a sea of ​​emotions in which his fans gave free rein to their feelings in the long-awaited concert in which there were tears, screams and even fainting.

So much so that almost 280 people were affected by suffocation.

The fervor of the date kicked off with Jamaican opening act

, a reggae singer, songwriter, rapper, DJ and guitarist who began her life in music in the choir of an Adventist church where she learned to sing.

She, who has played the guitar since she was 12 years old and later composed

inspired by the life of Olympic and world athletics champion

, won a Grammy Award for best reggae album in 2019, becoming the youngest person and the only woman in getting it.

The former "directioner" arrived immediately, who went up on stage from where he greeted his fans who went into a kind of trance.

At last, the expectation of seeing and being close to the star began to come true.

Guitar in hand and amid rousing applause, the artist delighted with songs like

, a song from his most recent album

, for which he is nominated for a Grammy.

Then came hits like 'Watermelon Sugar High', 'Golden' and 'Adore You', which were chanted by the public.

'Treat People With Kindness' continued in the repertoire, which talks about supporting each other, accepting differences and coming together to live in a better world.

"This has been incredible, incredible," Sandra Díaz told EFE, wiping away the tears caused by the emotion of "seeing Harry in Colombia."

Just after midnight on Saturday, the followers of the singer and actor began to crowd around the

, where the artist finally appeared after a first attempt that was cut short by the coronavirus pandemic but which today became a reality.

Before, the concert was going to take place in the

, but the logistical failures denounced by thousands of attendees at the Dua Lipa concert in September led the organization of the show to move the show to this peripheral event center.

END TO THE LONG WAIT

Saved by the talanquera of the place,

waited 19 hours to see "Harry", as her followers call her.

While it was time for her to enjoy the music, she consumed several bottles of water, sandwiches and sweets.

"I bought the ticket since January and I think it was worth it," Bolaños told Efe, who lives in the Caribbean Cartagena de Indias and arrived in cold and rainy Bogotá on a commercial flight.

who belongs to a group that follows every step of Styles through social networks and the media, also waited long hours.

"The change of scenery was very helpful because there was a better experience. In El Salitre there was a lot of disorder and here there are better acoustics," she said excitedly minutes before the concert began, where she expected to hear "Fine Line."

What attracts her the most about the singer-songwriter is "his way of being because he radiates kindness and transmits a lot of love."

In the same direction was

, who arrived in Bogotá from Barranquilla by plane at the end of Saturday.

"I have hardly slept, the emotion does not leave me."

"I like everything about Harry, especially his music, the songs he likes the most are 'Matilda' and 'Fine Line'," he says, stressing that despite the fact that there are many women who admire the British, he remembers that "there are also many men who love his music and what happens is that women have followed him since when he was with 'One Direction'".

For her, the former colleagues of Styles -Liam Payne, Zayn Malik, Niall Horan and Louis Tomlinson- now go to the rock side, and he is "more original and transmits more happiness with his music".

Another aspect that stands out about the singer is that in addition to singing, he plays the guitar, he has an "incredible voice" and his outfits are disruptive because he combines retro and avant-garde clothing "and he doesn't stick with just one brand, but takes from all sides. and combines them."

After the concert, the stage lights went out and the crowd went to seek rest after the long day, while the artist returned to his hotel to prepare his trip and continue the "Love on tour 2022" tour that he has its next stops in