“You are not welcome here.” This is how a Saudi fan met an Israeli reporter

The accounts of the correspondents of Israeli channels contradicted a claim that the Saudi fans welcomed them, and the fact that he monitored a video showing otherwise. 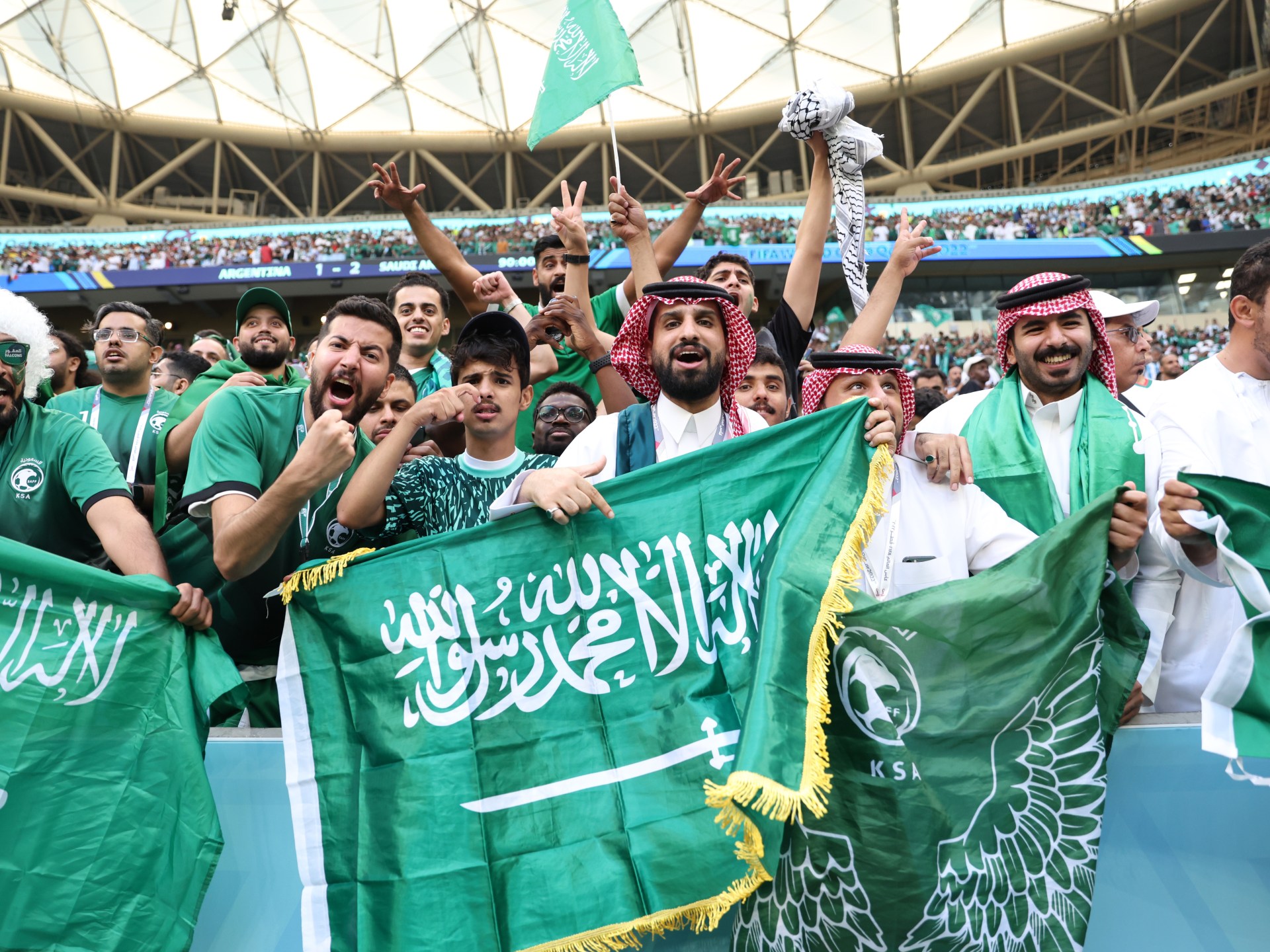 The winds of the Israeli channels that broadcast the coverage of the World Cup in Qatar did not come as they desired, as the accounts of the correspondents of these channels contradicted one claiming that the Saudi fans welcomed them, and the fact that he monitored a video showing otherwise.

Yedioth Ahronoth correspondent, Raz Chesnik, conveyed his feelings 10 days after he was in Qatar to cover the World Cup, saying, "We feel hated, surrounded by rejection and hostility, and unwelcome here."

In a series of tweets on his Twitter account, Chesnik said, "In Qatar, we realized how much hatred of Israel is in the Arab world. The World Cup is a huge event, but the scale of hostility led our correspondents to the conclusion: Hatred of Israel is not only in governments or between rulers, but rather in the street and among many people too."

A Saudi fan refuses to talk to an Israeli reporter, "There is no Israel, there is only Palestine"....

"You are not welcome here" pic.twitter.com/1fLzuhRGiM

He added, "The Lebanese have hateful looks, and the exception is the Saudi fans, from whom we received smiles."

The Saudi fan seemed angry at the presence of the Israeli correspondent, and directed his message to him in anger, while the feelings of confusion appeared on the face of the correspondent Vardy.

What the Saudi fan did is not a shame. It is a reaction of every Palestinian, Arab and Muslim towards every Israeli. This journalist could go to any non-Arab fan and talk to him about the World Cup. He wants to show the world that he is not welcome by the Arab public in Qatar, and this It is the reality that you #Israel are not welcome among us

The Kan channel reporter shared the video clip on his Twitter account, commenting on it, "We did not take pictures, we did not publish them, and we did not ask about their opinion on Israel," indicating that the Saudi fan refused his presence without the reporter asking him in the first place.

Several videos posted on communication platforms showed Arab fans' anger at the presence of Israeli journalists, and they sent messages of solidarity to Palestine, while many of them refused to appear on Israeli channels.

"What is in Israel, in a thing called Palestine"

A Palestinian youth, accompanied by young Saudis, teaches the broadcaster of Channel 12 a lesson in geography and politics, and refuses to deal with him during his coverage of the World Cup in Qatar yesterday, Tuesday.

🔺 He commented, "God bless them" in support of the youth who reject normalization.# Palestine_in_Mondial_Qatar pic.twitter.com/Usz2I5R5WF

Israeli journalists were forced to identify themselves with European nationalities, in order to avoid the reactions of Arab fans.

This was confirmed by the reporter of Yedioth Ahronoth, where he said, "At first we said hello, extended our hands and introduced ourselves as Israelis, but when we saw that this always leads to difficult confrontation with the Arabs, leading to blatant insults in a language that can be understood, we decided to introduce ourselves as journalists from Ecuador."

Chesnik continued, explaining an embarrassing situation for him in Qatar, "A Qatari citizen, after knowing that we are from Israel, said: I wanted to say you are welcome, but now you are not welcome or easy... Get out of here as soon as possible."