Can the beautiful Brazilian mechanics turn without Neymar, its essential cog? The Seleçao is forced to reinvent itself on Monday against Switzerland at the Mondial-2022 (5:00 p.m.), counting on its wealth… 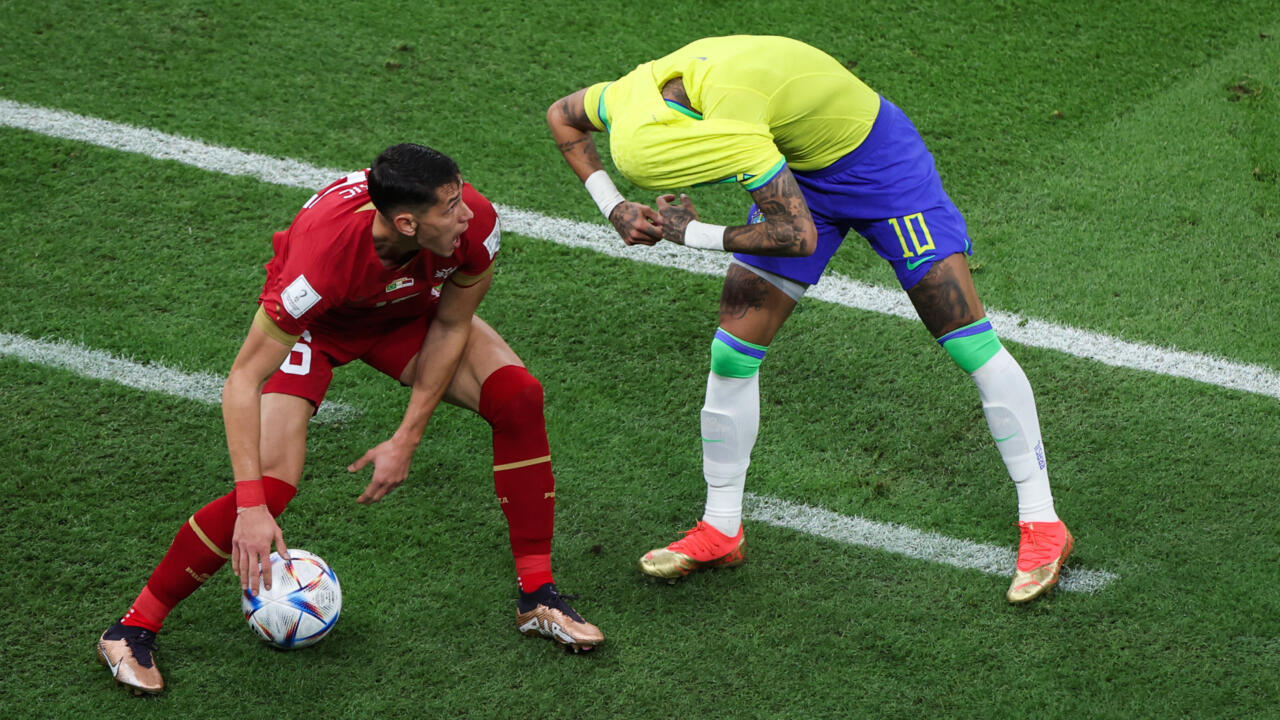 It is a high-precision watch that coach Tite will have to readjust at the 974 stadium in Doha: Neymar suffered a sprained ankle against Serbia (2-0), he is forfeited against "Nati" and the Brazilian animation will a priori have to do without its master to play until the knockout phase.

"Neymar is the star of the team, the one who makes the difference but we have other great players", played down Casemiro on Saturday.

"Sometimes I feel sorry for our opponents given the high number of alternatives we have."

With the form of Richarlison, author of a sumptuous double against Serbia, the devastating dribbling of wingers Vinicius and Raphinha, or the depth of the bench of Brazil (Gabriel Jesus, Antony, Rodrygo ...), the team with five coronations world seems indeed armed to do without "Ney".

It remains to prove it against Switzerland (3 pts), knowing that a victory for Brazil (3 pts) would be synonymous with early qualification for the eighth if Cameroon does not beat Serbia a little earlier (11:00 am).

Conversely, a Swiss victory coupled with a Serbian draw or defeat would send the Swiss team to the next round.

Brazilian star Neymar complains of his right ankle during the World Cup match against Serbia on November 24, 2022 in Doha NELSON ALMEIDA AFP

And beware of this uninhibited “Nati”!

Quarter-finalist of the Euro last year after beating France, this opponent has everything to disrupt Brazil, surprised at the opening four years ago by a catchy Switzerland (1-1).

"We started with this draw, which put enormous pressure on us to win in the second," recalled captain Thiago Silva.

"This time with a great win and a great performance, especially in the second half (against Serbia), it gives us confidence."

Murat Yakin's team started with a minimum victory against Cameroon (1-0), it advances carried by a Granit Xhaka finally fulfilled at Arsenal and hopes that the exploit of Bucharest against the Blues will have uninhibited this generation .

"Against Brazil, you might have to defend a bit more," admitted Yakin.

Without Neymar, Tite could choose to reposition Lucas Paqueta higher up the field or launch young Rodrygo, an occasional playmaker at Real Madrid, to supply the Richarlison point.

For Casemiro, complimentary to both players, these options are equivalent: "Rodrygo dazzled me. God gave him the gift of football", launched the Manchester United midfielder, equally impressed by Paqueta, "the player who has most advanced".

Richarlison, scorer of an anthology acrobatic scissors against Serbia, is in great shape and he boldly took on the role of center forward for the Seleçao, he the former winger.

"The + Professor + Tite said to me: + You have a flair for goals! + We must continue to score, I want to take advantage of the presence of my partners", he savored after his double.

Obviously, Neymar's arabesques will be missing from Brazil's attacking palette on Monday.

But Tite's team proved they could win without him at the 2019 Copa América - the "Ney" was injured.

"Neymar would be missed by any team", summarized the side Danilo, himself forfeited on Monday, which could offer playing time to veteran Dani Alves (39), likely to become the oldest player aligned by Brazil in the World Cup.

Neymar's misadventures have not, in any case, affected the good mood of the Brazilian selection, which has multiplied the marks of support for "Ney" and remains focused on the ultimate objective, this sixth star of world champion who eluded him since his last coronation in 2002.

Brazilian striker Richarlison scores a goal with a scissor against Serbia, at the World Cup-2022, on November 24, 2022 in Doha Giuseppe CACACE AFP

"The atmosphere between us is very healthy, we try to be ourselves, to focus on what we have to do," argues Thiago Silva.