Under Turkish artillery bombardment, Erdogan insists on securing the southern border, and the "Syrian forces" are looking forward to coordinating with the Assad regime

Al-Jazeera correspondent reported that Turkish fighters targeted military sites of what is known as the Syrian Democratic Forces stationed in the northern countryside of Aleppo. 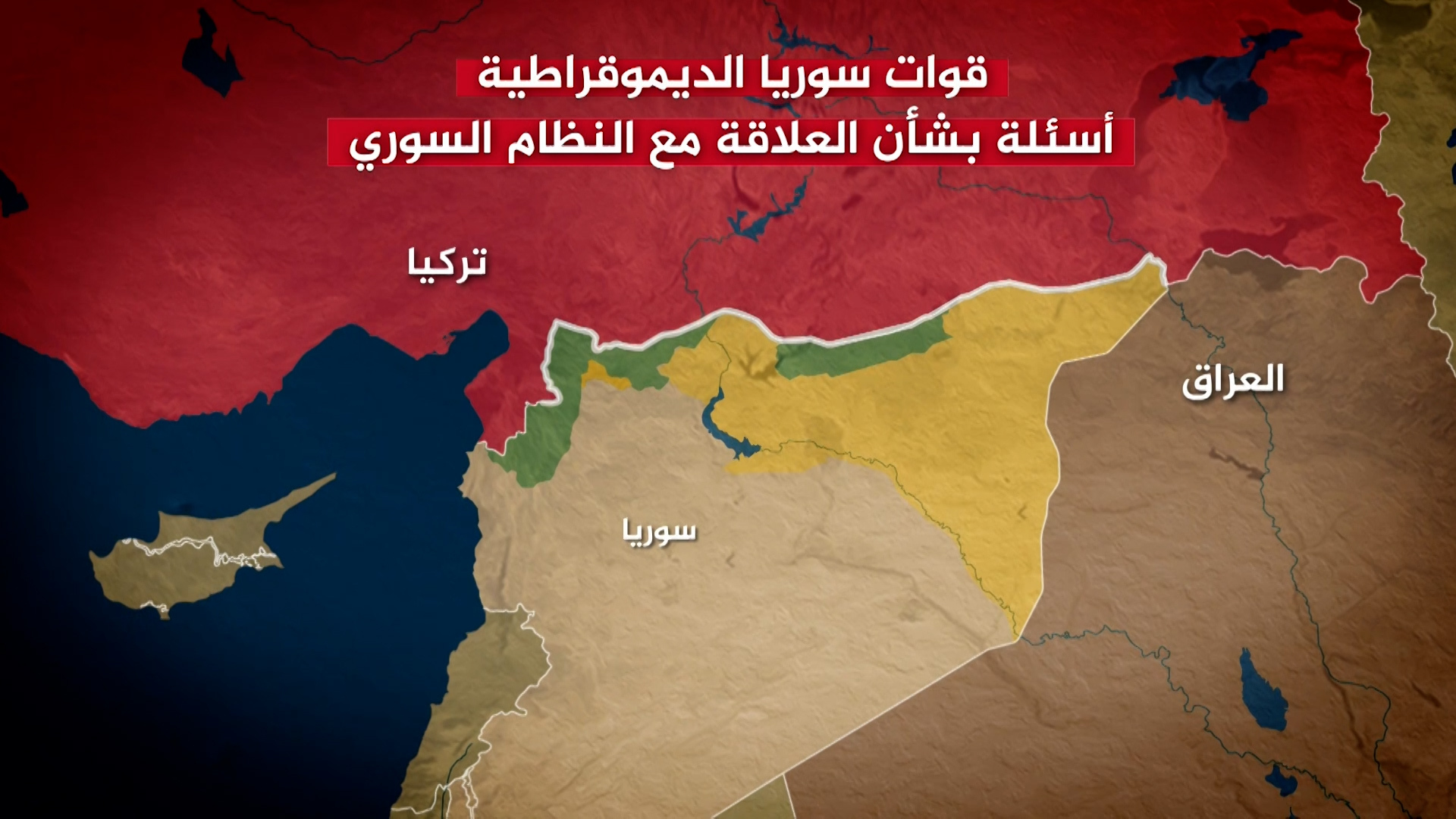 Al-Jazeera correspondent reported that Turkish fighters targeted military sites of what is known as the Syrian Democratic Forces stationed in the northern countryside of Aleppo, while the Syrian forces said that they are looking forward to coordinating with the regime of Syrian President Bashar al-Assad to respond to Ankara's attacks.

Media outlets close to what is known as the Syrian Democratic Forces stated that the Turkish army targeted with heavy artillery the vicinity of the city of Tal Rifaat in the northern countryside of Aleppo, and 3 villages belonging to Ain al-Arab Kobani on the Syrian-Turkish border in northern Syria.

It added that 15 soldiers of the Syrian regime forces were killed as a result of the Turkish bombing.

The commander of what is known as the Syrian Democratic Forces, Mazloum Abdi, said that protecting northern Syria from Turkish attacks is the job of the Syrian army.

Abdi confirmed that his forces are looking forward to coordinating with the Syrian regime forces to confront the Turkish attacks.

He added, in statements reported by media close to him, that both America and Russia oppose the Turkish attack, but the international positions must be stronger with Turkey's determination to attack.

Abdi said that the US administration had officially informed him of its rejection of the Turkish operation and its contact with Ankara in order to stop it, he said.

And the Turkish Ministry of Defense announced the death of 5 of its soldiers and the wounding of 3 others yesterday, Saturday, in the area of ​​\u200b\u200bthe Claw-Saif operations in northern Iraq.

Meanwhile, Turkish Defense Minister Hulusi Akar chaired a meeting at the Military Operations Center at the Ground Forces Command headquarters in Ankara, with the participation of the Chief of Staff and commanders of the Turkish forces.