The ten bells by David Gistau, boxing's tribute to the total journalist: "He left us orphans"

If you miss Gistau, if you have the timbre of his style installed in your subconscious, if you try to resolve every day what you would write about political troubles or about... 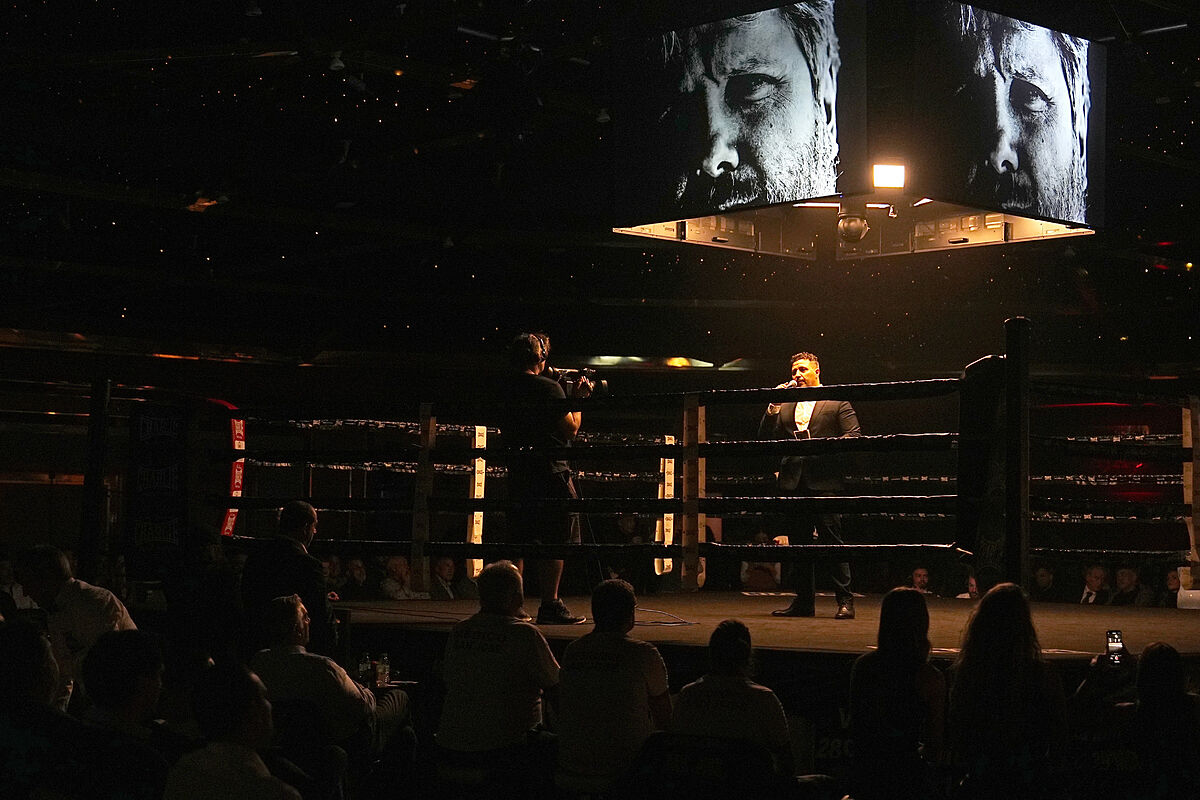 If you miss Gistau, if you have the timbre of his style installed in your subconscious, if you try to resolve every day what you would write about political troubles or about the survival techniques deployed by Madrid in the conquest of the penultimate Champions League You won't find any answers here.

On the contrary, he will be able to situate the exact location of Gistau if the blow in the ring that placed the king of the queen distance, marked by four hundred words, in the showcase of myths had not mediated between him and us.

About to celebrate the third anniversary of his death, this is the only certainty: David Gistau,

the Michael Johnson of the column

, would have attended the

of the Gran Casino de Torrelodones, recovered after the passage of the pandemic.

Gistau weighed a ton in print, but the last name did not have the meaning conjured up by journalists in drunken gatherings.

His friends from the gym talk about David.

"David was very involved in the celebration of these evenings.

He was the first one I told him about the idea. His intention was to give boxing visibility, to get it out of the dark side

. These evenings in the casino restore the

to the sport. They have the Las Vegas. He loved that," says Jero García, the guy who inspired the character of

(The sphere of books), the novel published in 2017 by the reporter who spent an afternoon in Hernani and wrote "yes for the militancy the Hate was an addiction, a drug, now they try to

get rid of it

with a mental methadone that is part of the selective memory exercises"; the shadow "that left us orphans".

The organization, at the edge of eleven at night, before the undefeated match between Damián

- "a brother for David" - and Jairo Delgado, withdrew "forever" the chair in which Gistau sat since he In June 2015, the traditional nights of the mill began to be celebrated on the Coruña highway.

There, one morning when it was raining,

in the ditch after having suffered a car accident, Gistau advised Garci to go away.

Ten bells sounded like ten salutes in honor of the guy magnetized by the underworld.

That he built a life against the current, far from bourgeois conventions, shuffled among the fauna of "the rough neighborhoods", enchanted by the

of the city to tell.

The brotherhood rang out, like the night of the crash, gathered around the 16-string campfire.

As he turned from his black and white photos, 750 people stood up.

"The ten bells are our minute of silence," explains Jero

"We are incomplete. David has left a huge void. It is our way of telling him that we miss him a lot," announced the

A flower bouquet will be placed every evening in the corner closest to their loved ones and the fan, the reader, the friends, will be able to lean out of the hole in the retired chair.

In reality, it is a small crater compared to the scale deployed in the total conquest of journalism.

Or his passion for loyalty.

Or the punch exhibited in the youth columns.

The event was attended, with their best tracksuits, by the guardians of the essence of boxing.

Those of Jero, grouped behind the public, cheered on

There were smoke machines that tried to recreate the obsolete atmosphere lit by the clicking of the lighters, near the bar the ice tinkled, a collection of guests occupied the months and a pretty girl walked the poster of the fourth

At 1, in the last fight of the night, Brian Peláez, another of Jero's pupils, loosened the knees of

He landed five or six punches on the chin dock before the ninth-round bell rang.

"This belt is going to the neighborhood," the supporters chanted.

Nobody sings to boxing anymore.

"There were great journalists and writers who spoke wonders about boxing. What happens in this country only happens here. Boxing has been left aside. They relate it to Francoism. Since David left us we have been a little lame. He took the stele of Azcona, Vadillo and Manolo Alcántara. The friendship with José Luis Garci marked him. He was quite influenced by those texts.

Ricardo was sitting in the fourth row.

"I don't know what it is about him, but he always attracts me."

He's hooked on the sweet science.

"There is something here that catches my attention. Coming to the casino is better. It is more expensive, but it is less cold than on the deck of Leganés."

Daniela, daughter of the creator of Molu, the sports brand, and sister-in-law of

, does not understand the bad reputation.

"People don't see further. Here they don't just hit each other. Boxing was considered a

and this", the carpet, the low lights, the heating, the hustle and bustle of roulette,

"gives it another air, another importance"

Would David Gistau have been bothered by this tribute?

"I don't care about him.

With boxing I would touch his fiber. I miss him,"

"His phrases of him are in my gyms, also his photographs. When you remember a person, that person never dies."