Defining a concept as ethereal as beauty was a dilemma of great proportions in the worldview of the Greek world. However, if that same polyhedral idea could be... 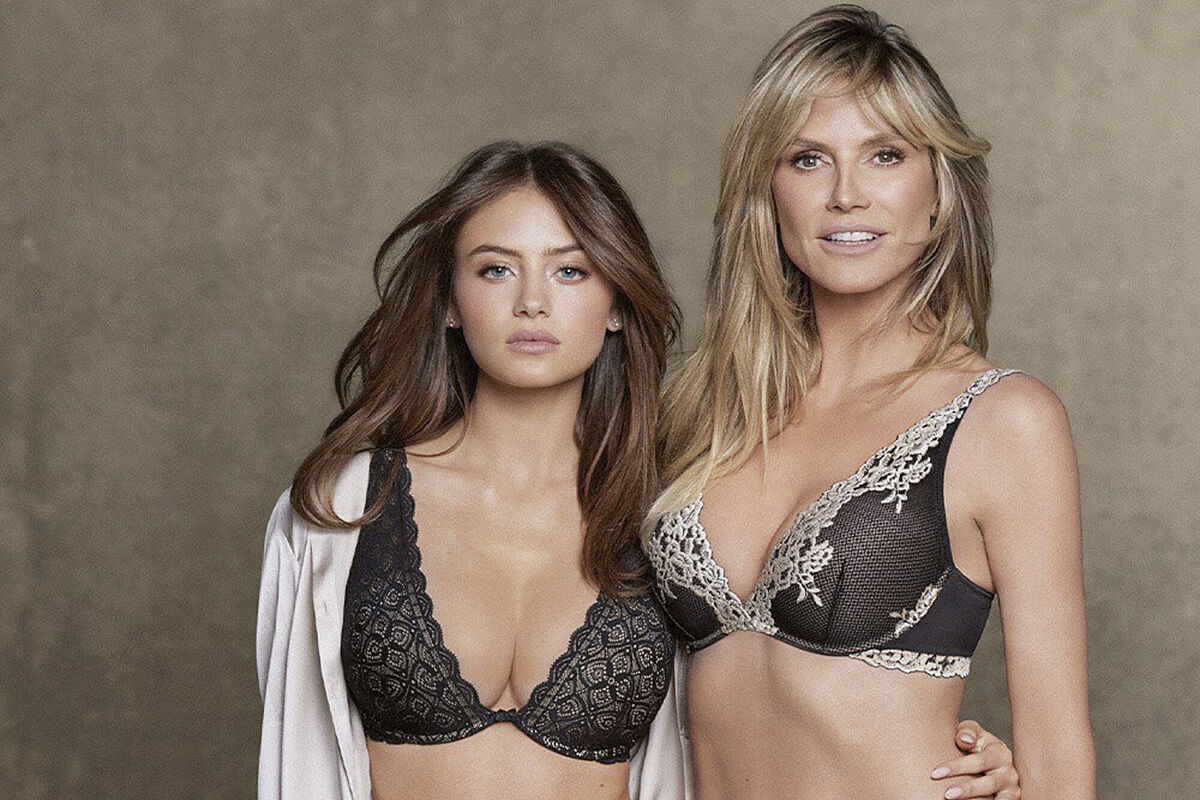 Defining a concept as ethereal as beauty was a dilemma of great proportions in the worldview of the Greek world.

However, if that same polyhedral idea could be divided into portions, the resulting examples would be manifest evidence of what has been tried to define through the centuries.

See the case of

one of the most impressive top models that Mother Earth has given birth to.

The German, who also has American nationality, has known how to metabolize the passage of time to become a benchmark for the magnificence of aesthetic canons.

The surgery has obviously worked in her favor.

to continue preserving a mixture of qualities that still make it unrepeatable and non-transferable.

Such an object of desire - understood beyond objectification - caught the attention of billionaire Italian businessman Flavio Briatore (72), who after five years of relationship with Naomi Campbell recovered the illusion with

one of the first angels of Victoria's Secret.

The age difference was a perfectly salvageable stumbling block.

Walks in pristine waters aboard the playboy's yacht, Lady in blue, relax in the Marina di Pietrasanta, walks through the streets of Monte Carlo and dream vacations in Costa Smeralda,

the paradise discovered by the Aga Khan IV in the fifties

converted into the epicenter of exquisite ostentation where the square meter amounts to 300,000 euros.

Everything ended between them when Heidi told him that she was pregnant.

Flavio did not yearn for stability.

He preferred to continue wearing the gold bachelor label.

The marriage lasted from 2005 to 2012 with the particularity that each year they renewed their vows.

She later fell in love with her bodyguard, Martin Kirsten;

After her came the art dealer Vito Schnabel (36) and who is now her definitive man, Tom Kaulitz (33), guitarist for the band Tokio Hotel.

For years, the owner of the Billionaire clubs and man of Formula 1 who catapulted Michael Schumacher (53) and Fernando Alonso (41), refused to recognize Leni.

No pension, no Christmas gifts, no signs of affection.

A paternity test showed that blood is blood.

But Briatore was gone with his $400 million.

After time, when the waters began to return to their course, the relationship between father and daughter began to be by telephone.

They talked two hours a day, but that was not enough to define a parent-child relationship.

Finally, they met at the Cala di Volpe hotel in Porto Cervo, a nerve center on the Costa Smeralda.

The businessman was single again after divorcing after nine years of marriage from the explosive model Elisabetta Gregoraci (42), with whom he has a son, Falco Nathan or Nathan Falco (12), depending on the media consulted.

It was about time.

Leni Samuel -Seal's last name- was always in the rearguard until her mother decided when the moment was right for her baptism into fashion.

Both starred in the colorful cover of German

Heidi confessed in the Fashion Bible

that if at that age "they allow you to drive a car, you can also have an official Instagram account and show your face.

And to be allowed to start with a

cover is an incredible privilege."

The following year she made her debut on the catwalk between the canals of Venice with Dolce & Gabbana garments.

Far from being a mere whim, the lineage continues.

Genes do not disappoint.

Just look at Cindy Crawford (56) and her daughter Kaia Gerber (21),

Leni perpetuates what the Greeks tried to define.

At 18, Leni has stepped on the accelerator.

He has started warming up.

A heat wave invades the field of fashion again.

Mother and daughter once again star in a beauty duel as

a result of the new Intimissimi campaign.

Skin-deep charm with the 'do de pesto' from

The Barber of Seville

The Italian lingerie firm has brought them together for the first time for a spot.

And the commotion broke out in the networks.

The most demonic have written that "the mother in lingerie, the daughter in lingerie, in different ads there is no problem. But together, trying to be sexy, touching, kissing... I'm sorry, but it's disgusting."

Another noted: "Pretty weird. I love these women,

but this campaign doesn't make me want to buy anything."