"If I imagine Bob Dylan touching this book, I think his spirit is with me." said Henry Bernstein, a long-time fan of legendary singer-songwriter Bob Dylan, who won the 2006 Nobel Prize in Literature. 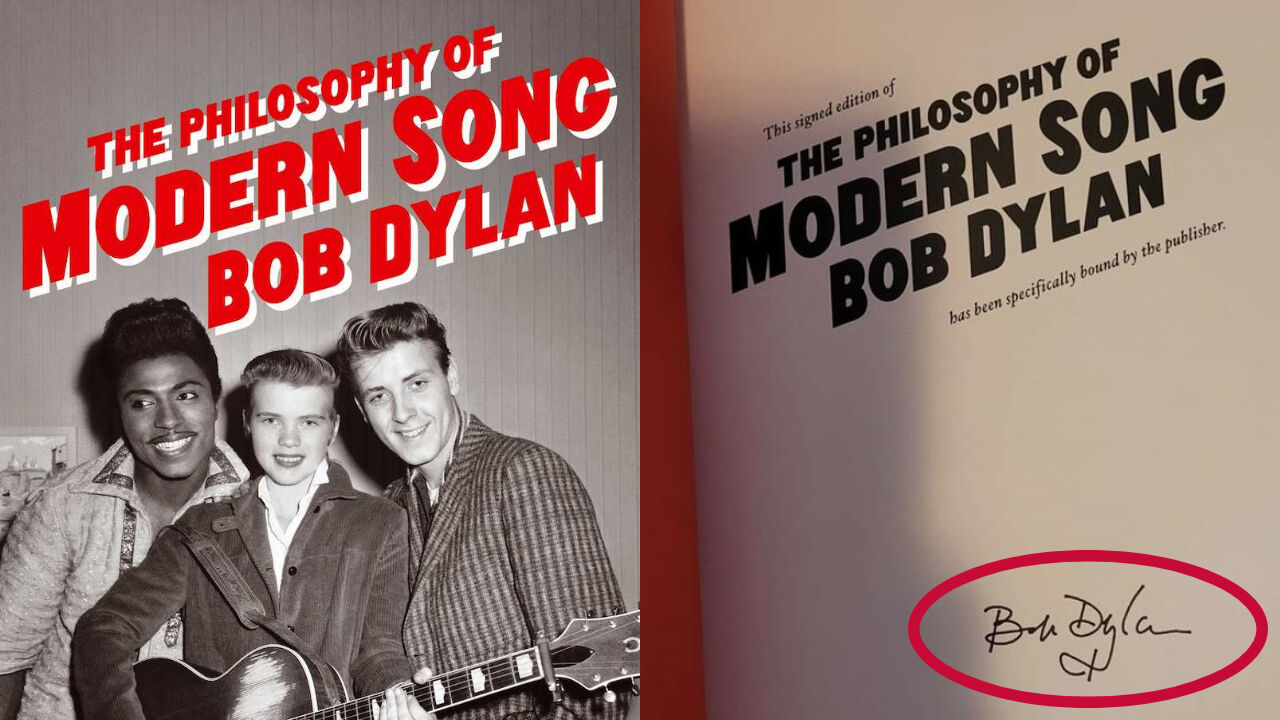 "If I imagine Bob Dylan touched this book (to sign), it's like his spirit is with me."

Fans are thrilled just by the thought of having something touched by a star.

This time, Henry purchased a limited edition, excited by the news that a book with his autograph was on sale.

However, it was revealed by fans that Bob Dylan's signature on this limited edition he purchased was fake.

Foreign media such as the New York Times (NYT) reported on the 23rd (local time) that Simon & Schuster, a large publishing house with a 100-year history, released a statement on the limited edition of Dylan's book 'The Philosophy of Modern Song'. It was reported that he admitted that the signature on the was not authentic and promised a refund.

Published last month, this book contains Dylan's thoughts on 65 popular songs, including Frank Sinatra's 'Strangers in the Night' and The Who's 'My Generation', and it remains a bestseller to this day.

Simon & Schuster, the publisher that published this book, produced and sold a limited edition of 900 copies containing Dylan's signature separately from the first edition.

For buyers of the limited edition, we also enclosed a letter signed by Jonathan Karp, the head of the publisher.

The letter contains proof that the book signed by Bob Dylan is genuine.

▲ A letter from the president of the publisher (right) enclosed with the limited edition (left) signed by Bob Dylan's calligraphy.

The problem is Dylan's signature on the limited edition.

Among the buyers of the limited edition, voices that Dylan's signature did not look natural continued, and after exchanging opinions on the signature through social media, it was concluded that Dylan did not personally sign it.

In particular, Justin Steffman, an expert in identifying celebrity signatures, compared images of 17 limited-edition signatures and argued that Dylan's signature was machine-written.

It seems that various institutions, organizations, and celebrities, including the White House, have used an instrument called 'autopen' that is used to create large-scale signed documents.

"Handwritten handwriting usually has flow, but with a pen machine you put more pressure on the start and end points," he said. You can see it," he explained, explaining that it was a copy, not a human signature.

In response to inquiries from buyers of the limited edition, the publisher initially dismissed it as "fake rumors floating around online," but as the controversy spread to Twitter and online communities, they eventually acknowledged the truth and apologized through official social media.

Meanwhile, fans who have purchased the limited edition are claiming that the uproar has nothing to do with Dylan and is caused by poor marketing by the publisher.

Dylan, who earned hundreds of billions of won from selling copyrights, has no reason to sell limited editions while deceiving fans with fake signatures.