"A patient with a severely injured face, to believe it was my daughter..." exclaimed by the paramedics

"To think that the only injured person I was able to rescue was my daughter... I feel shattered now." A Canadian paramedic managed to rescue him from the scene of a car accident and send him to the hospital, but later learned a sad story that the seriously injured person who died was none other than his own daughter. 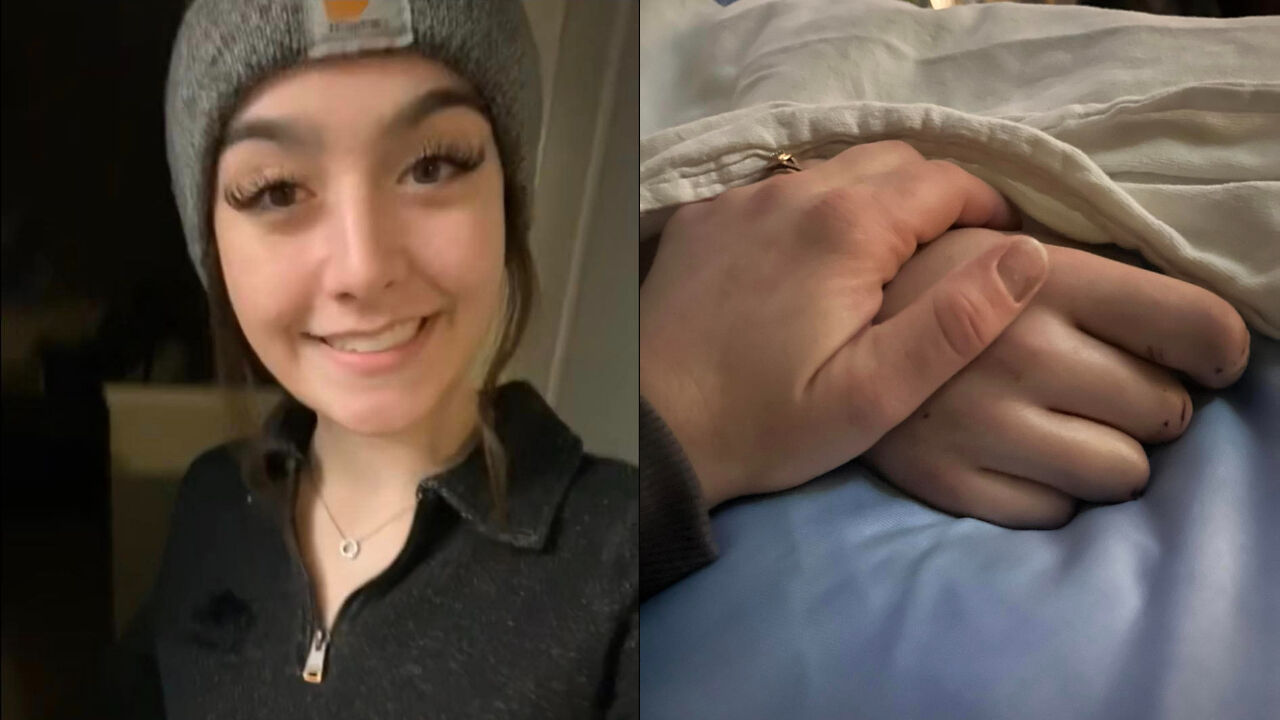 “To think that the only injured person I was able to rescue was my daughter… I feel shattered now.”

A Canadian paramedic managed to rescue him from the scene of a car accident and sent him to the hospital, but later learned a sad story that the seriously injured person who died was none other than his own daughter.

At the scene of the accident, he personally rescued her daughter and put her in an ambulance helicopter, but her injuries were so severe that she didn't recognize her as her daughter.

On the 23rd (local time), foreign media such as the British Guardian and Canadian CTV News reported the news of an accident on a road in Alberta, Canada.

The protagonist of the sad story is Jayme Erickson, a woman who works as a paramedic here.

He was dispatched to the scene on the 15th after receiving a report that a vehicle collision had occurred on a nearby road.

Arriving at the scene, he rescued a seriously injured teenage girl from a wrecked car and stayed with her for about 30 minutes until she was taken to a nearby hospital.

She said that until then, Erickson had no idea that the car crash was a tragedy that had befallen him.

It was only when she returned home from her shift that she realized that the girl she had pulled out with her own two hands was her 17-year-old daughter, Montana. I heard about it through the police.

According to reports, at the time of the accident, Montana, 17, was riding home with a friend when she lost control of the icy highway pavement and collided with an oncoming truck, seriously injuring herself.

She was later taken to the hospital by her mother, a paramedic, but Montana fought for three days before she quietly closed her eyes.

Division leader Chad Durocher, who watched Montana grow up, was saddened by the news of his passing. "Seeing the scene of a tragedy like this is a reality that we must face every day in uniform."

He added, "This moment of horrific tragedy can happen to anyone."

Ericsson announced Montana's death through SNS and expressed his feelings, saying, "It is a painful and devastating feeling that cannot be expressed in words. My worst nightmare as a paramedic has become a reality."

However, Ericsson made a difficult decision with a heavy heart.

He decided to donate his daughter's organs.

He said, "My beloved daughter gave them a new life as she left for heaven. It's comforting that my baby can live a new life through others. I'm proud of my daughter."

He added, "The 17 years I spent with my daughter was too short, but I will cherish and remember that time. I will miss my daughter very much and miss her a lot."

"Take care of the people you love by your side with all your heart. For as long as possible (until you can't)"

▲ Montana Ericsson (17), who died in a car accident, during his lifetime.