World: Messi and Argentina get out of the quagmire

A dry strike from the left and Messi brought Argentina back to life: entangled in an uncertain fight against Mexico, the Albiceleste got away with it (2-0) thanks to their N.10 and mastered their destiny at the World Cup- 2022,… 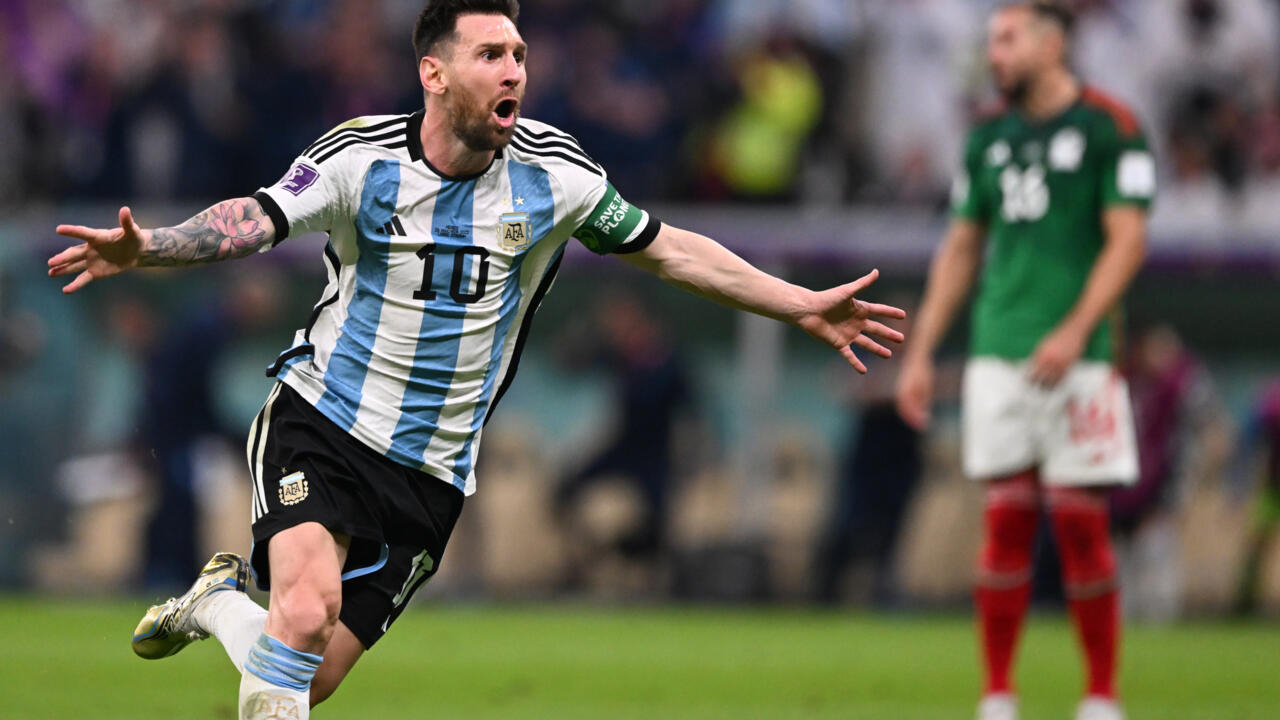 "And then you know what happened. The N.10 scored...", summarized Argentina coach Lionel Scaloni to the press, after trying to provide some tactical explanations for the good second period of his crew.

It was in the 64th minute that Messi found a shooting window, just one.

His genius left foot sent the ball into Ochoa's small net and he went to celebrate in front of the wall of Argentinian spectators massed behind the goal, distributing kisses and "Vamos!" to them.

They responded by shouting his name and the huge Lusail stadium, the largest of this World Cup in Qatar with nearly 89,000 seats, exploded like a Monumental or a Bombonera of the desert.

"That Messi is the best player in the world is a message that everyone has received for years. Messi must enjoy this World Cup, the fans must enjoy watching him play," said Scaloni.

The spectacle will last at least one more match but Argentina is neither totally cured nor totally out of the woods.

Its qualification for the round of 16 is not yet acquired, even if a victory Wednesday against Poland would offer it to him for sure.

On the other hand, several scenarios risk sending him to second place in Group C, for a probable and dangerous repeat of the shock of 2018 against France, defending champion.

But the Argentinians are not yet at these calculations, too happy to have escaped the Mexican trap.

Because if the game was played in an exceptional atmosphere, the first of this magnitude since the start of the World Cup, it very quickly turned into a trap for them.

Supported by a reinforced five-man defence, Mexico immediately placed the match on warlike ground and Argentina, which had gotten itself into trouble by losing against the Saudis, found itself in the middle of a quagmire.

Mexico multiplied the faults and its supporters in wrestling masks were at the party: their two passions were united in the same place.

In this context full of anxiety, Argentina started more than averagely, with a terrible amount of missed gestures.

Isolated, Messi found himself playing aerial duels in the opposing area or going alone to the dry cleaners.

The Argentinian N.10 knows how to do everything, of course, but some of his talents are more brilliant than others.

In the end, without offering anything, Mexico had the best opportunity of the first period with a good free kick from Vega (45th).

On his bench, Scaloni then scratched his head.

A week ago his side were legitimate title contenders, a game and a half later they looked a long way off.

Messi's goal was a game-changer, but will the unrivaled talent of the seven-time Ballon d'Or winner be enough to go all the way?

Around him, a few (McAllister, Montiel...) seemed quite far from the level required to go far in the World Cup, but even some of his most reliable disciples, like Di Maria or De Paul, struggled .

At the end of the match, the magnificent strike from young Enzo Fernandez (21), which gave the Albiceleste the well-deserved goal of 2-0 (87th), still showed that Scaloni had talents in reserve.

But until they really take over, as usual, the N.10 scored.