World: France with Varane and Koundé against Denmark

Vice-captain Raphaël Varane, unavailable for a month, was established for the second match of the French team at the World Cup, Saturday (5:00 p.m.) against Denmark, in a defense where there is… 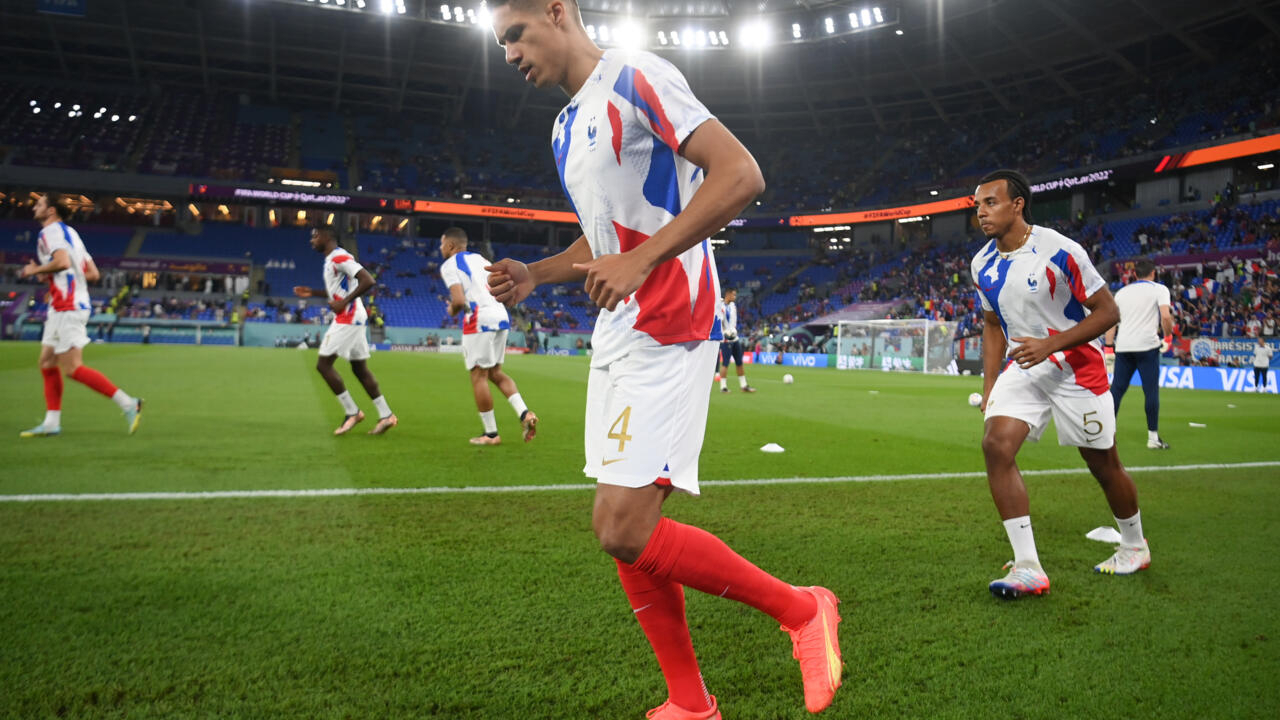 Central defender Varane, preserved Tuesday against Australia (4-1), has not played in competition since a muscular injury to the right thigh, on October 22, which raised fears of a withdrawal for the World Cup in Qatar .

For his 88th selection, the Manchester United player is associated in the axis with Dayot Upamecano, already holder four days earlier.

Théo Hernandez, entered quickly after the injury of his brother Lucas (knee), retains his place on the left, unlike Pavard who is replaced by Koundé.

Behind them, goalkeeper Hugo Lloris honors his 141st selection, brushing the record of 142 selections held since 2008 by Lilian Thuram.

In the middle and in front, no change has been made by Didier Deschamps.

The coach kept Olivier Giroud in the lead, Kylian Mbappé on the left and Ousmane Dembélé on the right.

Antoine Griezmann plays in a more remote position, ahead of midfielders Adrien Rabiot and Aurélien Tchouaméni.

Denmark present themselves without their usual captain Simon Kjaer, left on the bench.

The center-forward Kasper Dolberg, holder in the first match against Tunisia (0-0), gives way to Andreas Cornelius, double scorer in June against France (2-1).

If they win, Les Bleus will qualify for the round of 16 even before the third and final group game against Tunisia on Wednesday.