The power and the opposition of Venezuela signed Saturday in Mexico "a second partial agreement on social protection" at the end of negotiations closely followed by the United States, France, Spain,... 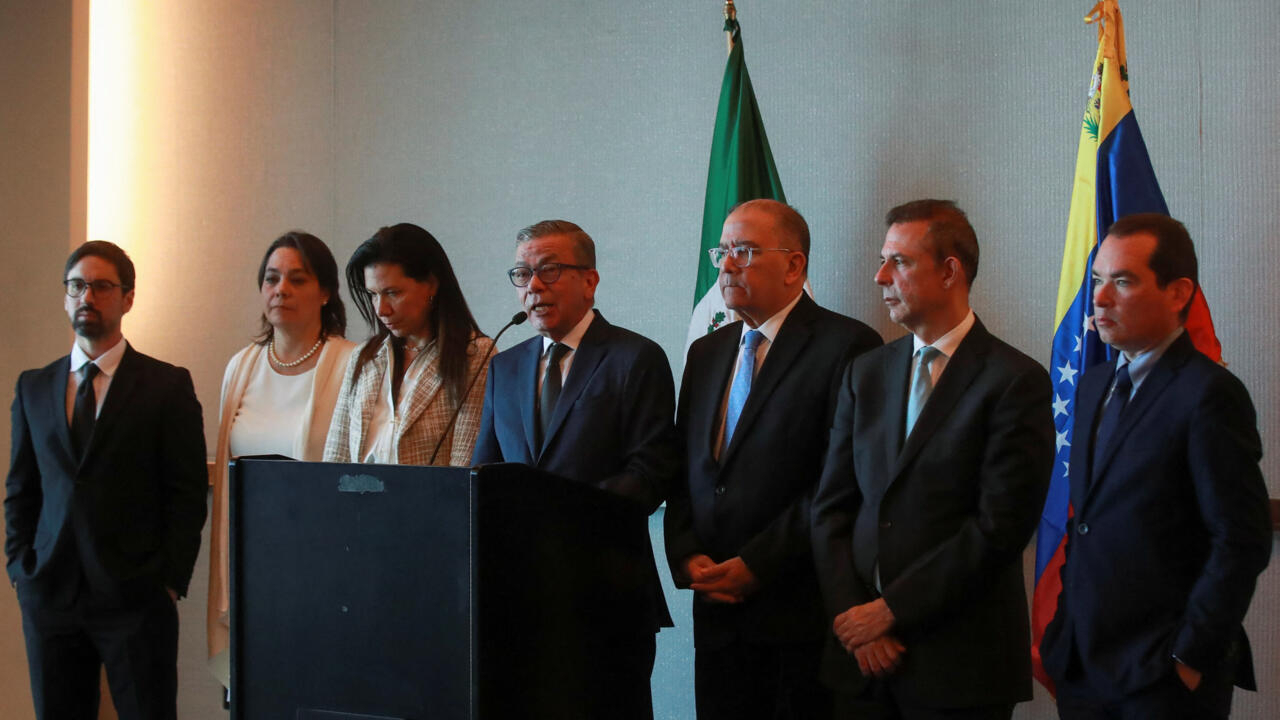 After 15 months of freezing, the negotiations succeed.

The Venezuelan power and the opposition signed Saturday, November 26 a "second partial agreement on social protection" after talks in Mexico, also closely followed by Washington, Paris, Madrid, Oslo and Bogota.

The agreement prompted the United States to take a first step towards easing the sanctions imposed on the South American country.

Representatives of President Nicolas Maduro and the opposition signed this agreement under the terms of negotiations which represent "hope for all of Latin America" ​​and "the triumph of politics", welcomed Mexican Foreign Minister Marcelo Ebrard .

Is a triunfo of the política y merit to reconocer of los participants.

Soon after, the United States applauded the deal, "an important step in the right direction", according to a senior US official.

"We join the international community in welcoming the resumption of negotiations," said the senior official, who requested anonymity.

The agreement should allow further reductions in US sanctions against the Caracas regime.

Washington took another step in that direction shortly after the deal was announced, with the Treasury Department allowing oil giant Chevron to partially resume oil extraction operations in the country.

Suspended for 15 months, the negotiations resumed after the intervention of Colombia and the United States.

The Assistant Secretary of State for the Western Hemisphere, Brian Nichols, had hoped that the power and the opposition would agree to remedy "humanitarian challenges" and guarantee "free and fair elections".

French President Emmanuel Macron, who has also been involved in the resumption of the talks, welcomed "excellent news", offering his support to obtain "concrete results".

The resumption of dialogue was announced by leftist Colombian President Gustavo Petro, who returned to Caracas after coming to power this year.

Spanish Foreign Minister José Manuel Albares has also offered that Madrid play a role 'if the Venezuelans want it'.

Other sanctions "remain in place"

Venezuela is facing American-European sanctions, including an oil embargo from Washington, initially in order to push President Nicolas Maduro out of power, at the same time aggravating the economic crisis affecting Venezuela without the expected results being obtained on the political level.

Discussions have resumed since May, with a relaxation of certain American sanctions, in particular as a consequence of the invasion of Ukraine by Russia and its effects on oil prices, which have led the United States to reconsider its position vis-à-vis -towards Caracas.

A senior US administration official, however, clarified that all other sanctions "remain in place and the United States continues to vigorously enforce them and hold accountable anyone who violates US law, is engaged in corruption or failure to respect the rule of law in Venezuela".

The US government has publicly admitted that Venezuelan hydrocarbons could be useful on the international market.