La Rochelle had fun on Saturday, during the 11th day of the Top 14, passing no less than seven tries in Castres, totally helpless, while Perpignan offered the scalp of Bordeaux-Bègles,… 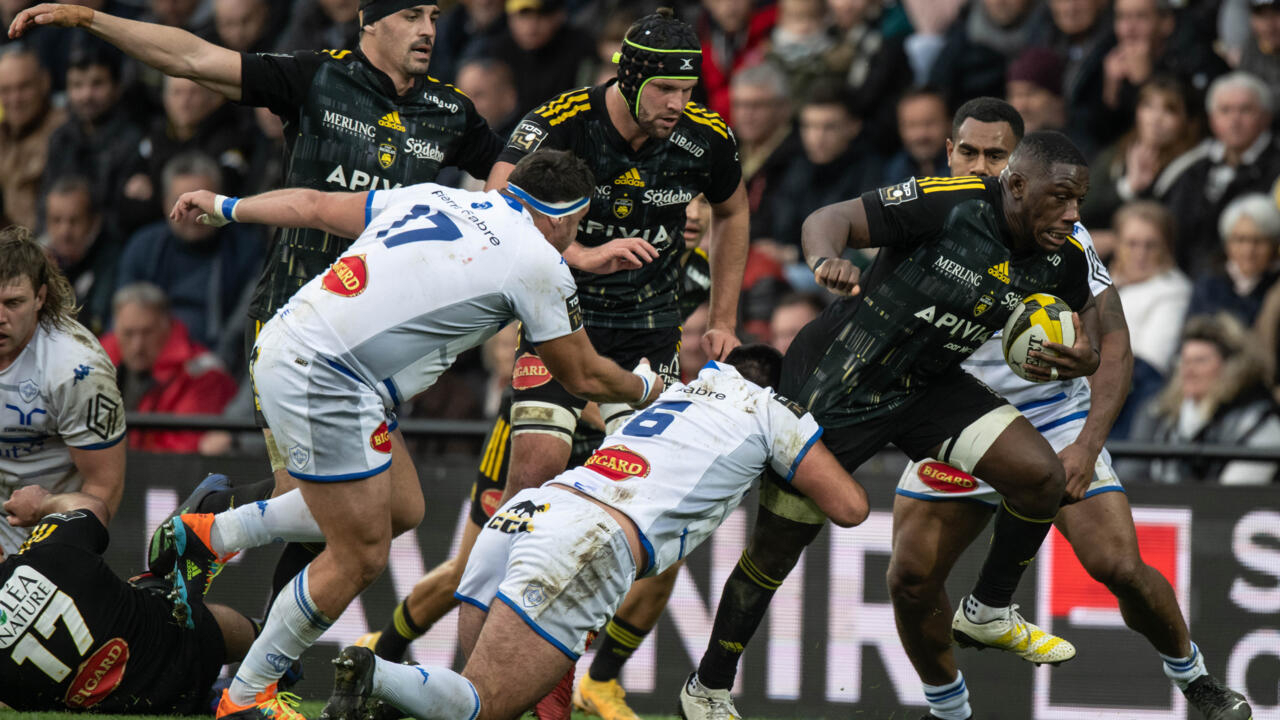 The 11th day continues on Sunday with the reception of Clermont by Racing 92 at 5:00 p.m. and the perilous trip of the Toulouse leader to Lyon in the evening.

Stade La Rochelais, imperial in the first period (32-0 at half-time) against a totally sluggish Castres, mastered their meeting from start to finish in their den of Marcel-Deflandre (53-7).

Ronan O'Gara's men, suspended for ten weeks, went through without really shaking, scoring seven tries and signing an improved victory which temporarily places them in second place in the standings with 31 points, behind Toulouse (35 pts), away in Lyon on Sunday evening.

The Tarn club (12, 21 pts), which has a lot to worry about in view of its oh so mediocre performance for a finalist from last season, saved the honor at the last minute thanks to a try from its hooker Pierre Colonna.

Montpellier suffers in front of Bayonne but passes

In numerical inferiority from the start of the match, after the red card inflicted on the second row neo-international Florian Verhaeghe, the MHR suffered at home against the promoted Bayonne but knew how to show character to win (35-14) .

Rowing, which had chained three victories before moving to Hérault, almost created a sensation on the field of the champion of France, until a double from the back Julien Tisseron (72nd, 75th) put an end to Basque hopes.

Thanks to this success, the third in a row, which reinforces the good momentum regained by Philippe Saint-André's men, Montpellier is in provisional third place in the championship with 28 points.

This is the feeling of this 11th day: at Aimé-Giral, Perpignan managed to overcome Bordeaux-Bègles (23-20).

It was the UBB's first match without Christophe Urios, dismissed last week and replaced by a coaching duo made up of his former assistants, Julien Laïrle and Frédéric Charrier.

The back of Perpignan Mathieu Acebes (c) against Bordeaux-Bègles, November 26, 2022 in Perpignan RAYMOND ROIG AFP

Despite the presence of their internationals Maxime Lucu, Yoram Moefana - injured in the 29th minute - and Matthieu Jalibert, concussed at the very end of the match, the UBB did not know how to concretize their domination, coming up against the excellent defense Catalan.

This success allows the USAP to raise their heads a little (18 pts), even if they remain in the penultimate place, just three points from the Girondin club (11th).

The Pau Section, in its Hameau stadium, signed a third consecutive victory, and the second with the bonus, by dominating Brive (22-6) which is sinking for its part into the depths of the classification (13 pts).

Sébastien Piqueronies' men, who are in provisional 8th place with 24 points, are thus approaching the Top 6, confirming their excellent form at the moment.

In the evening, in a match counting for the first round of the Christophe Dominici trophy, in tribute to the international winger who died two years ago, Toulon shook Jean-Bouin, where the French stadium was undefeated this season, by overturning a match which seemed acquired by the Pink Soldiers (17-12).

Thanks to two tries, the Var club (4th, 26 pts) erased from the shelves their humiliating defeat at Mayol during the 10th day against Montpellier (26-12), and can see the reception of Racing 92 coming.