The President offers condolences and the leader of the opposition describes him as a traitor.. The sudden death of the Minister of Foreign Affairs of Belarus and Moscow are in a state of shock

Belarusian Foreign Minister Vladimir Makei has died at the age of 64, according to the official Belta news agency in Belarus, whose president Alexander Lukashenko is a staunch ally of Russia. 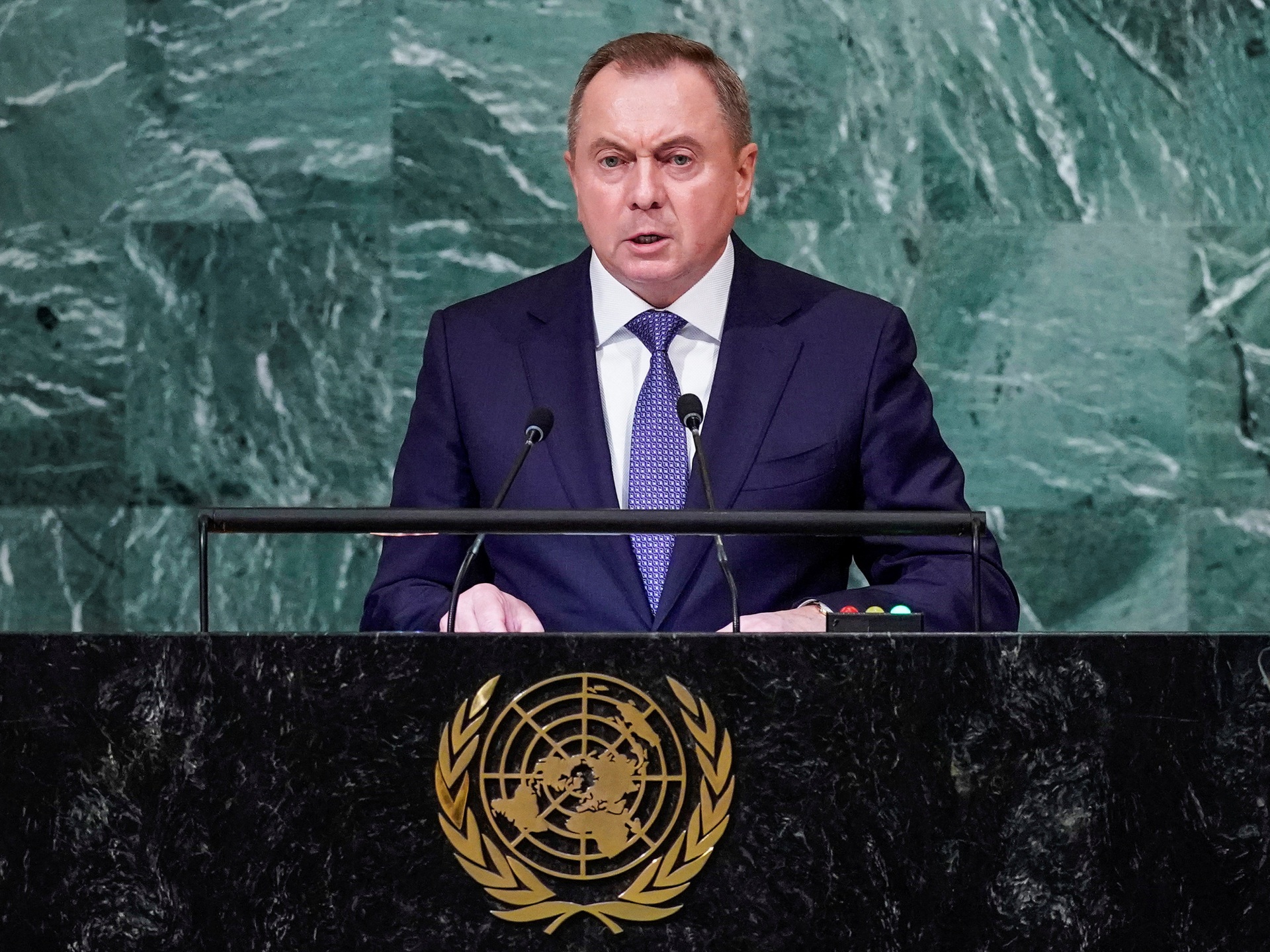 Belarusian Foreign Minister Vladimir Makei has died at the age of 64, according to the official Belta news agency in Belarus, whose president Alexander Lukashenko is a staunch ally of Russia.

Bilta said that Foreign Minister Vladimir Mackie - who has been in office since 2012 - "died suddenly," without disclosing any additional details.

Mackie attended a conference of the Collective Security Treaty Organization, a military alliance of several former Soviet states, in Yerevan last week and was due to meet his Russian counterpart, Sergei Lavrov, on Monday.

Before the presidential elections and widespread anti-government protests in Belarus in 2020, Mackie was one of the initiators of efforts to improve his country's relations with the West, and criticized Russia.

But he suddenly changed his position after the start of the protests, and said that they occurred at the behest of Western agents.

After the start of the Russian war on Ukraine on February 24, Macky - a supporter of close relations between Moscow and Minsk - said that the West had sparked the war, and that the Ukrainian authorities should accept the Russian conditions for peace.

Days before the start of the war, Mackie promised that there would be no attacks on Ukraine from the territory of Belarus;

But after several days, the Russian forces proved that he was wrong.

"We are in shock at the news of the death of the Minister of Foreign Affairs of the Republic of Belarus, Vladimir Makei. Official condolences will be published soon," Russian Foreign Ministry spokeswoman Maria Zakharova said on her Telegram channel.

Belarusian President Alexander Lukashenko, who has retained power despite the 2020 protests, also offered his condolences.

Sviatlana Tsikhanouskaya, the exiled opposition leader, described Maki as a traitor to the people of Belarus, commenting on his death.