Presidency of LR: last great oral before the party's parliament

A week before the election of the president of the Republicans, Éric Ciotti, Bruno Retailleau and Aurélien Pradié played their last cards this Saturday during a final joint meeting in Paris. A few days after the televised debate, this time they had to convince nearly 300 field delegates, gathered at LR headquarters. 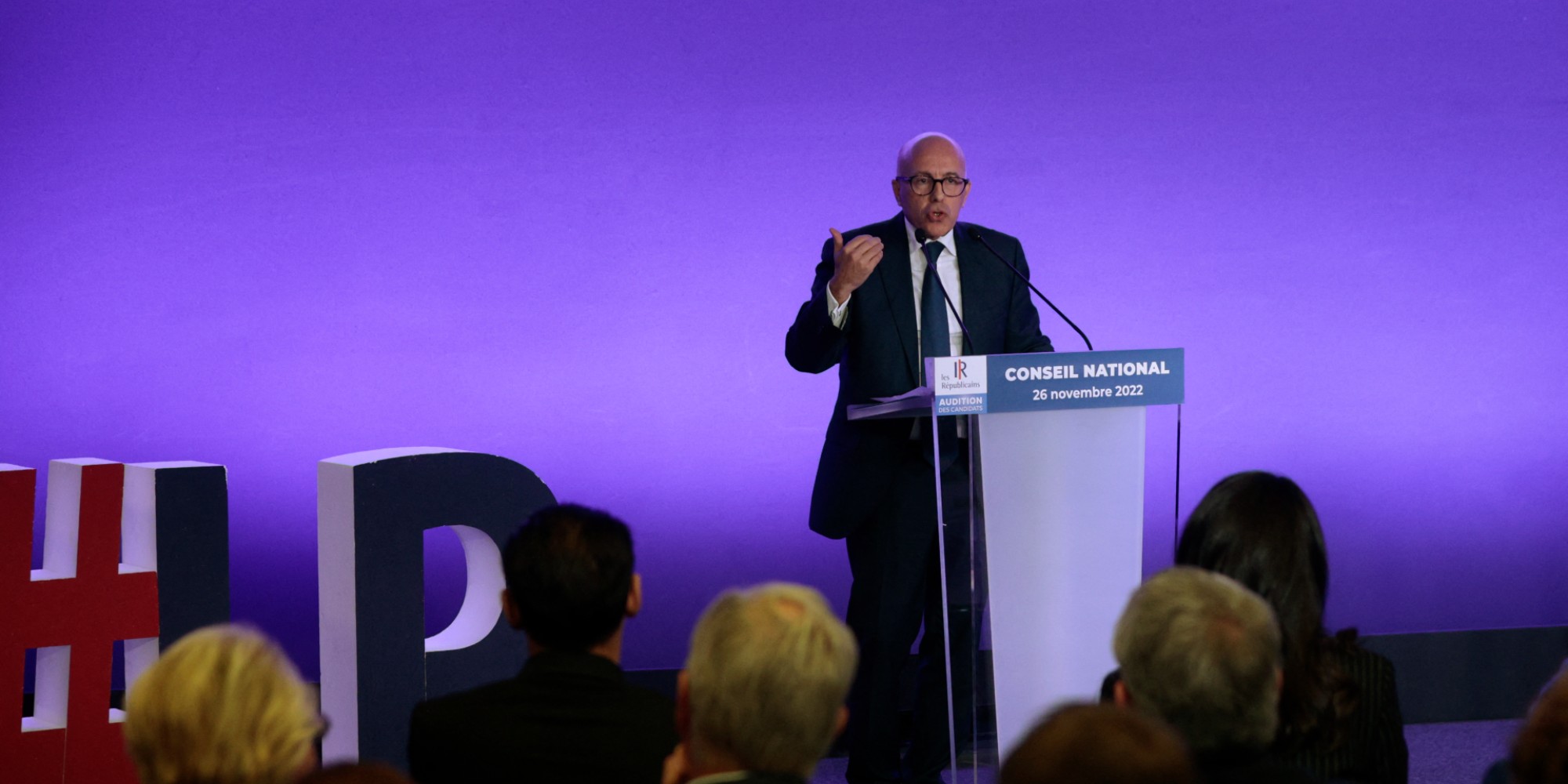 A week before the election of the president of the Republicans, Éric Ciotti, Bruno Retailleau and Aurélien Pradié played their last cards this Saturday during a final joint meeting in Paris.

A few days after the televised debate, this time they had to convince nearly 300 field delegates, gathered at LR headquarters.

"French hope", "popular right" or "order and authority": a week before the election of the president of the Republicans, Éric Ciotti, Bruno Retailleau and Aurélien Pradié played their all out this Saturday during a final joint meeting in Paris.

Five days after the only televised debate, this time it was a question of convincing some 300 field delegates, meeting in the National Council at the headquarters of LR.

Each candidate came with their supporters, who profusely applaud their champion.

Chairs are added to seat everyone, and the president Annie Genevard calls on everyone to "respect" for these 45 minutes of great oral.

Bruno Retailleau launches the day with a speech of "popular sovereignty", after a short video mixing scenes with activists, meeting of François Fillon and coronation of Napoleon.

In his speech profusely retweeted by his team, he vilifies "the Treaty of Lisbon", "the fear of well-meaning", "the intimidation of the left" and he displays his harshness on immigration: "We are not waiting from the right that it restore I don't know what sanitary cordon, but the control of migratory flows. I want an illegal immigrant to know that he will never be regularized".

The boss of the LR senators, who left with a promise of a rally, promises to give a greater role to activists, in a "break" project.

"Tomorrow the right must embody a French hope to" respond to the anxiety of the great downgrading ", assures the senator who intends to "carry a project of civilization". "Do we need big sentences, big concepts" s asks Aurélien Pradié who succeeds him on stage, promising to be a "mechanic" to "rebuild this big house". His message is "the popular right", that of Jacques Chirac in 1995 "who spoke so much to garbage collectors of Paris than to the bosses of the Cac 40".

Jobs of the ex-wife of Eric Ciotti: investigation opened for embezzlement of public funds

"The right is not punishment," says the man who refuses to postpone the retirement age.

Challenger in this campaign, he sees himself as "the one who can tell Eric that he can conquer the town hall of Nice, Bruno that we need him in the Senate".

"For my part, I will devote myself to the presidency of the party," he assures us, provoking some laughter.

Last to speak, Eric Ciotti, who is a favorite, explains his delay by a fellow perched on a pylon.

He was in Lyon to receive the support of the very popular Laurent Wauquiez, he insists.

His speech takes up the accents and formulas of the primary.

Citing Simone Veil, Charles Péguy and the guerrillas of Glières, he vilifies those who "advocate the end of the barbecue" but also the macronie with whom "there will be no alliance".

Because "I never voted for Emmanuel Macron, neither in the first nor in the second round", he says.

We will have to wait for the questions and answers for immigration, his favorite theme, to be addressed.

Much applauded, Eric Ciotti promises "no rights for irregulars, no allowances, work or school" and "the end of family reunification".

In the room where many came in support of a candidate, Marc Perrot, 53, explains to vote Pradié, "the only one who talks about social issues. Going too far to the right is not the solution".

Elizabeth Ross, 75, certainly voted for Éric Ciotti in the primary, but this time she chooses Bruno Retailleau, of whom she praises "the height of view, the vision, the project".

"The party is on the ground, we must bring the French back," she says.

Bertrand Giraud, former candidate for the legislative elections in Charente-Maritime, ranks behind Eric Ciotti: "In my very rural circus, it will be 60% or more", he assures, praising "a speech marked on the right, and who pleases. People need to know where we are".