Mondial-2022: A double from Mbappé against Denmark sends France to 8th

France, first dominating before regaining the advantage when it was suffering, overcame Denmark (2-1) thanks to another double from Mbappé, thus becoming the first nation to qualify on Saturday… 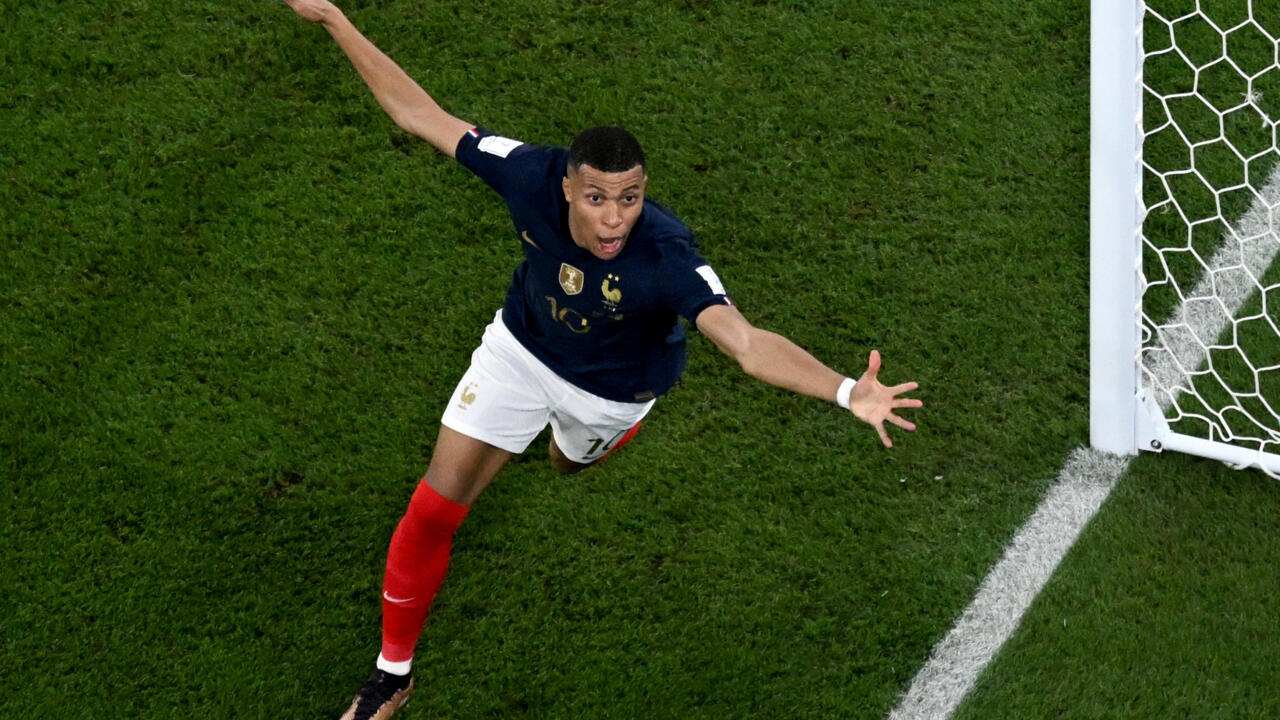 With six points in two matches in Group D, against only one for the Euro semi-finalist, Deschamps' players are indeed three points ahead of Australia and five over the Tunisians, who lost in the afternoon against the Socceroos.

They will therefore play without complex on Wednesday against Tunisia, with the possibility of resting certain executives.

The Blues can however breathe a sigh of relief because, while they had done the hardest part by opening the score (61), they managed to regain the advantage at the height of the push from these unpredictable Danes, who had already dominated twice this year in the League of Nations and had just equalized (68th).

But the French were then carried by Mbappé, who joined Zidane with 31 goals scored.

The PSG striker, less inspired than usual in the first period, has indeed regained all his realism in the second.

Theo Hernandez, Kylian Mbappé and Didier Deschamps congratulate each other after France's victory over Denmark on November 26 in Doha as part of the 2022 World Cup.

When the spaces opened up, he regained his full vista and a combination with Hernandez allowed him to find the opening.

Giroud, 3rd attacking partner, once again weighed in but did not have the same performance as against Australia and, before being replaced by Thuram (63), did not have a real opportunity. to register this 52nd goal which would have allowed him to become the best director of the Blues.

The opener nevertheless caused the Danes to wake up, as against Tunisia (0-0) until then quite wait-and-see and disciplined, above all ready to exploit the opponent's fault.

Despite the great return of Varane, absent since October 22 and often useful until his exit (75), the tricolor defense, in which Koundé was also a starter, therefore ended up losing to a corner, one of the strengths of the Nordics, taken up by Christensen.

Rebalanced, the meeting could have tipped in their favor without a decisive intervention from Lloris (73rd) and it was when France seemed the most friable, that Mbappé, hit by a cross from Griezmann, very interesting in his new position as torchbearer, again came out of its box (86th).

The Dane Victor Nelson and the French Aurélien Rabiot in the fight, November 26 in Doha during the World Cup-2022 NATALIA KOLESNIKOVA AFP

The defending champion therefore has a 6th planetary victory in a row, which has only happened to him once in its long history.

The Danes, who had never been beaten in the second game of a World Cup, will now have to come out of their reserve if they want to avoid returning home prematurely.

So far, they've only been able to pack 30 minutes in their first two games and it's not unusual if they're down to just one point.