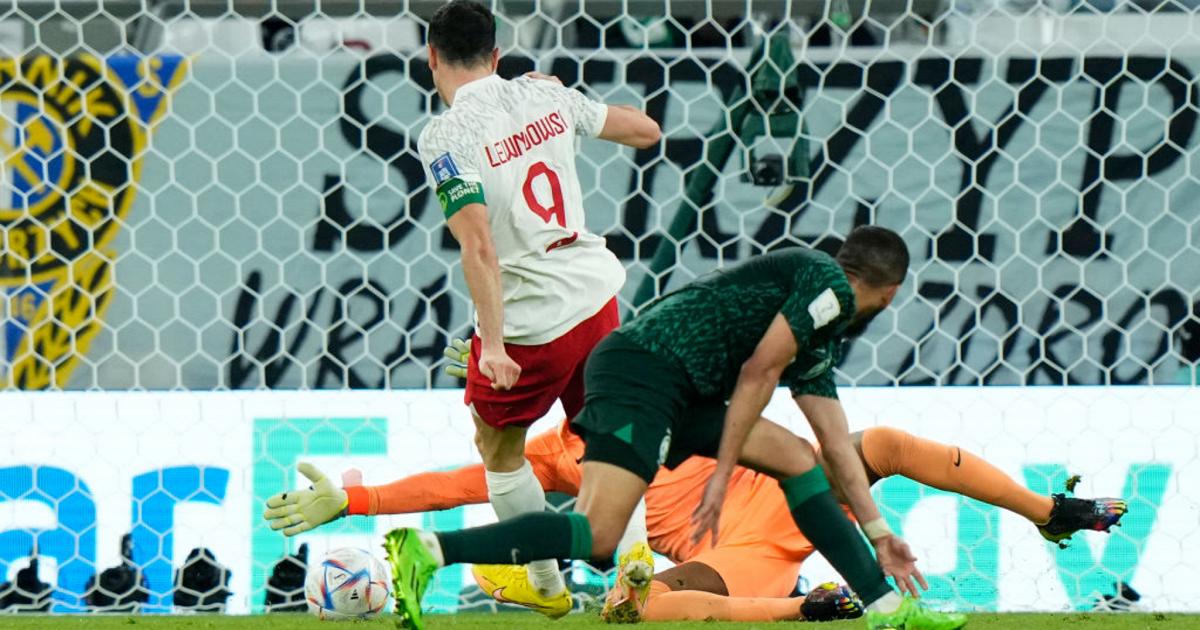 But the game of football always and only finds its epilogue in the penalty area.

And there Robert Lewandowski, Barcelona center forward, played his part better than all the others, then sealing the final result.

In the first half, a tight pressing, with many fouls, made the atmosphere tense.

Kiwior (15') and Cash (16') were booked for Poland, the latter for a bad intervention on Salem Al Dawasari, striker who had become a national hero after the winning goal against Argentina.

And after three minutes the third yellow card also arrives for the Poles, this time the yellow card is for Milik.

The Saudis dominate the match until what makes football the most beautiful and ruthless game happens: the goal that changes everything.

In the 39th minute Lewandowski, after being stopped by the opposing goalkeeper, serves backwards for Zielinski who powerfully places the ball into the net.

Comes recovery, 10 minutes established by the referee, and immediately a penalty is decreed for the Saudis who could start dreaming again.

Another blow for the greens.

The second half began marked by Saudi Arabia's attempts to retaliate.

In the 55th minute in the chaos in the Polish penalty area Al Dawsari tries a low shot but Szczesny comes out very well and saves his goal again, the other great opportunity for the Saudis comes in the 78th minute with a shot at the edge of the post by Al Malki from the edge of the area.

Despite the great effort of the "Green Falcons", Poland protected the partial result and scored the second goal in the 82nd minute through Lewandowski.

A mistake by the Arab defence, the Polish forward made no mistake in front of the opposing goalkeeper.

Lewandowski, who missed a penalty in Poland's draw with Mexico, appears visibly emotional today after finally finding the net.