Landslide in Ischia: parked cars dragged into the sea. Rescued a man overwhelmed by mud

Since yesterday afternoon, a pouring rain has been pouring into the Region, causing landslides, flooding and inconvenience 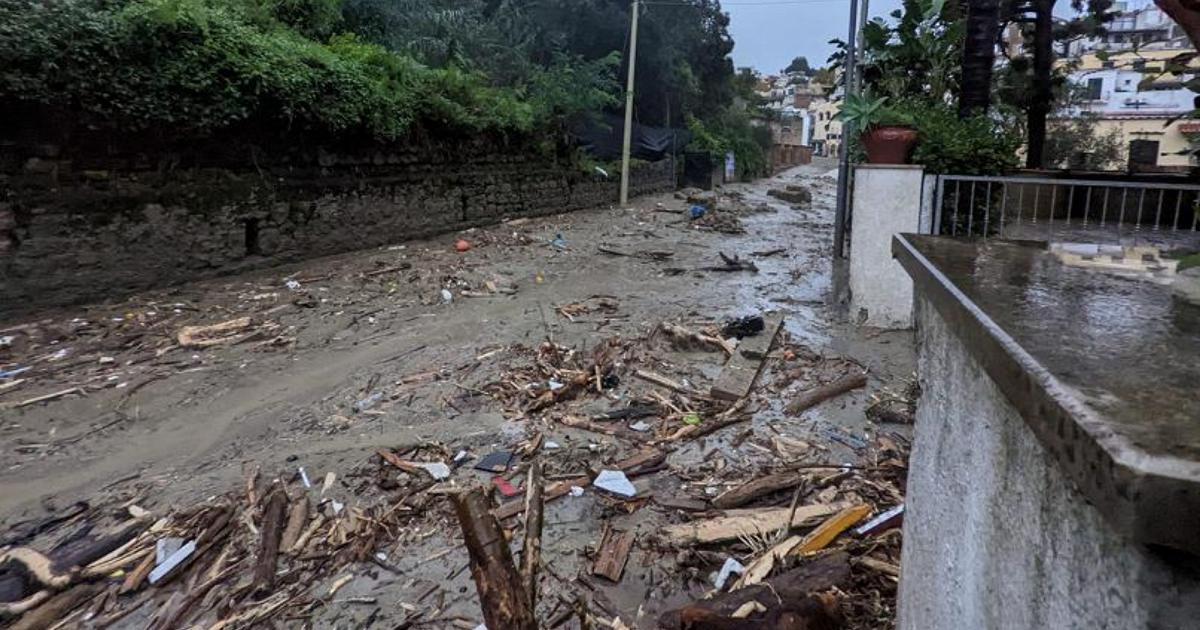 This morning, around 5, in Casamicciola Terme, on the island of Ischia, a landslide originated from the upper part of via Celario which reached the seafront in piazza Anna De Felice.

The landslide overwhelmed some parked cars dragging them to the sea.

There are currently no injuries or damage to homes.

The landslide has completely invaded the upper part of Casamicciola and originates in the locality of Pulletriello, on the slopes of Mount Epomeo.

Mud and debris destroyed the parking lot at the Gradone.

Firefighters, law enforcement, civil protection and volunteers are at work.

Also due to the landslide, a man was swept away by the mud.

Thanks to the intervention of the rescuers, the Carabinieri, the Civil Protection and the Fire Brigade, the man was rescued.

Since yesterday afternoon, a pouring rain has been pouring into Campania, causing landslides, flooding and inconvenience.

On the island of Ischia, in the municipality of Casamicciola, there have been flooded houses in the foreground, mud in the streets, and cars dragged away, the port is impassable due to rough seas and strong winds.

There were dozens and dozens of reports to the police, the prefecture of Naples was also alerted.

From 21 last night on most of Campania there is an orange alert and it should last until 21 today.