Khamenei vows to "troublemakers" to pay the price and stresses: Negotiating with America will not end the protests

Iranian Supreme Leader Ali Khamenei confirmed today, Saturday, that negotiating with the United States will not end the unrest in his country for nearly two months, because Washington will always demand more. 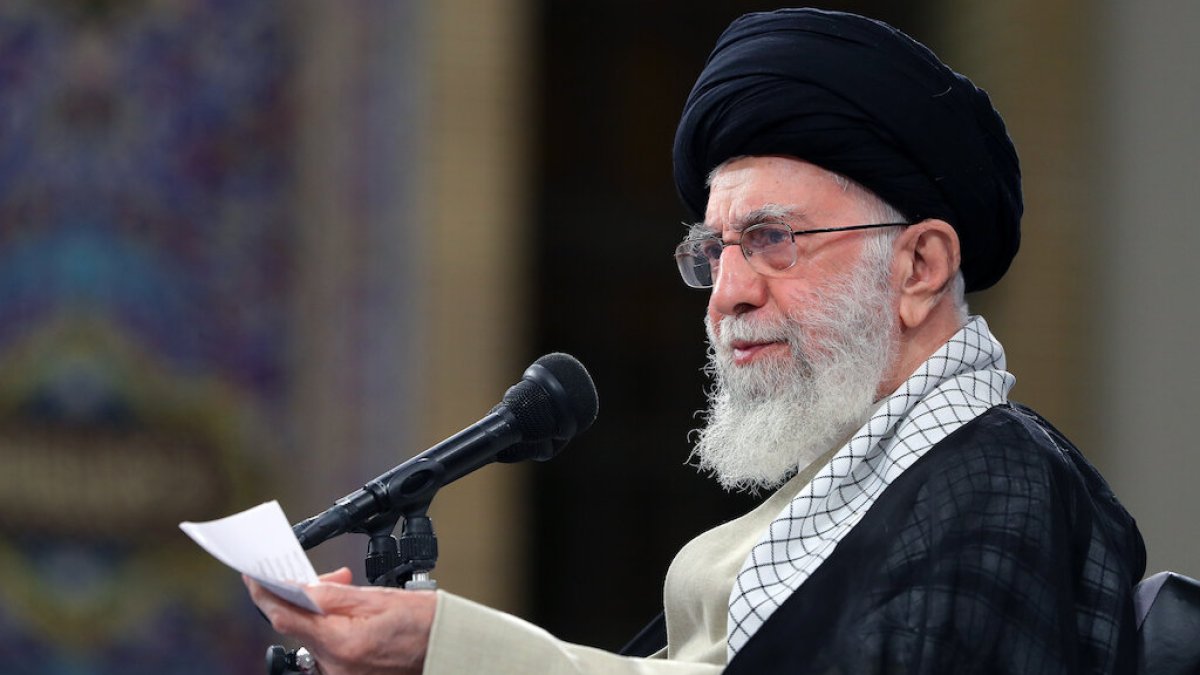 Iranian Supreme Leader Ali Khamenei confirmed today, Saturday, that negotiating with the United States will not end the turmoil that his country has been witnessing for nearly two months, because Washington will always demand more, indicating that what he described as the "enemy" has been seeking since the beginning of the Islamic revolution in Iran to thwart it.

And he said - in a speech broadcast on Iranian television - "Some people in newspapers and cyberspace tell us that it is enough to solve your problem with America and hear the people's voice to end the unrest," asking, "How do we solve the problem with America? Will the problem be solved by sitting, negotiating, and obtaining a commitment from America?"

And he replied, "No... negotiation will not solve our problem with America, because it is seeking to extract concessions from Iran."

Khamenei also described the protesters as rioters and agents, and promised them to pay the price, stressing that the volunteer Basij forces "sacrificed themselves in the riots" that erupted since last September, as he put it.

"They sacrificed their lives to protect the people from rioters... The presence of the Basij shows that the Islamic Revolution is fine," he added.

He also stressed that the West wants to overthrow the regime in Iran, but it will not be able to do so.

And he added, "The problem is not 4 rioters in the street, even if every rioter and every terrorist is punished. The battlefield is much wider than that. The main enemy is global arrogance," referring to the United States and its allies.

Voice of the People

It is noteworthy that the ongoing popular protests in Iran erupted on September 16, following the death of the young woman, Mahsa Amini (22 years), while she was in detention by what is known as the "morality police" for violating the strict dress code in the country.

The Iranian authorities condemn these protests, and consider them "riots" incited by the West, specifically the United States.

The Human Rights Activists News Agency (Hrana) stated that as of Friday, 448 protesters, including 63 children, had been killed during the protests, adding that 57 security forces were also killed, in addition to the arrest of about 18,170 people.

The Iranian authorities did not give an official number of protesters killed, but a senior official said on Thursday that 50 police forces had died in the unrest.

On the other hand, Iran's Fars News Agency, which is affiliated with the government, was hacked on Friday against the background of the ongoing protests across the country, local media reported.

"A group of hackers made the website of Fars News Agency unavailable for a few moments," Tasnim Agency noted.

Fars News Agency is one of the main sources of information disseminated by the state on the protests in Iran.

The agency indicated today, Saturday, that "users' access" to its website was "disrupted" after "a complex hacking and cyber attack that was carried out (yesterday) Friday," according to a statement it posted on its Telegram channel.

She explained that "cyberattacks against Fars Agency are launched on a daily basis from several countries, including the occupied territories (Palestine)."