In China, large protests have broken out against the country's harsh corona policy. While the rest of the world relaxed the restrictions against the coronavirus, the Chinese government is sticking to its strict zero tolerance. In the city of Urumqi, residents have taken to the streets and are shouting "open the gates". 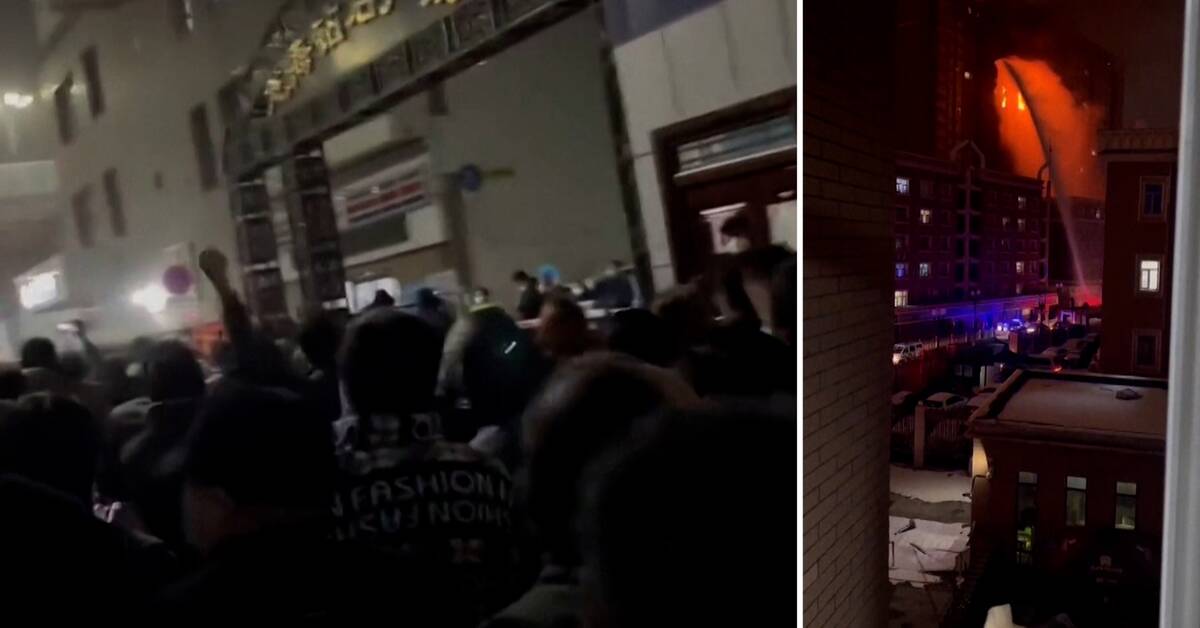 The Chinese's dissatisfaction with the corona restrictions is escalating after ten people died in an apartment fire.

Videos circulated on social media show how firefighters are unable to reach the fire with their hoses due to obstacles that are supposed to stop residents from leaving the house.

Chinese authorities deny that the restrictions would have made the rescue work more difficult.

Dali Yang, a political scientist at the University of Chicago, believes that the authorities' statements fueled public anger.

- During the first two years of covid, people trusted the government to make the right decisions to keep them safe from the virus.

Now the people are increasingly questioning and not as willing to follow orders, Yang told Reuters.

China is experiencing one of the worst outbreaks of the pandemic, with around 30,000 new infections per day.

The protests have spread throughout the country and seem to have had an effect.

On Saturday, local authorities promised to ease the curfew.

See more about the major protests in the video above.