The controversy of the Only yes is yes continues to be the hot topic of the week. The reduction in sentences for rapists and the tense situation between the Ministry of Equality and some... 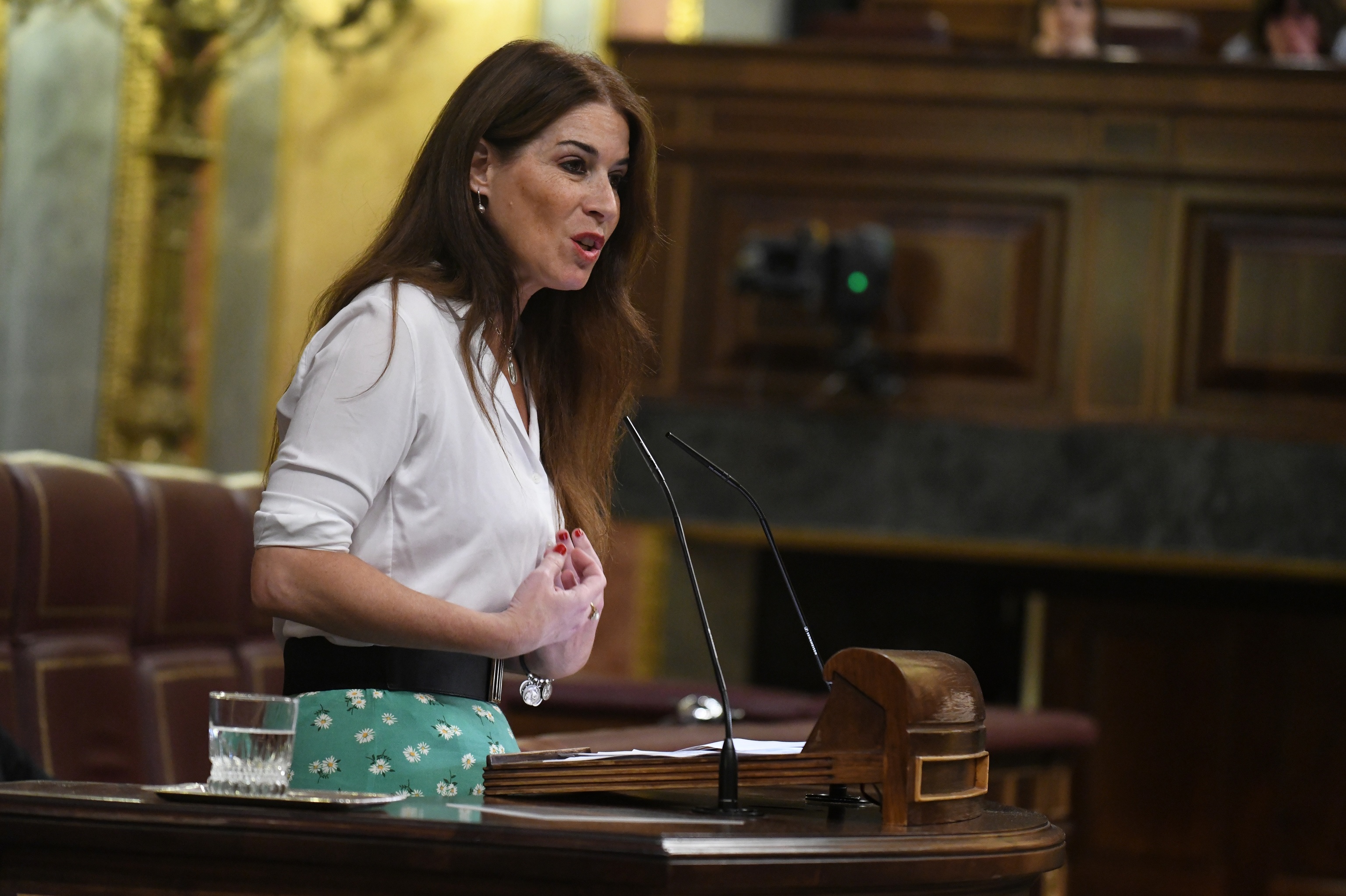 The controversy of the

Only yes is yes

continues to be the hot topic of the week.

The reduction in sentences for rapists and the

tense situation between the Ministry of Equality and some judges,

whom Irene Montero has described and dismissed as "sexist" and "not applying the norm well",

political tensions and voices against.

However, one of the critics of this reform has exceeded the limits of rudeness for being especially hurtful and belligerent.

"The only merit you have is having studied Pablo Iglesias in depth," a Vox congresswoman hitherto unpopular snapped at Montero, making the aforementioned sob in plenary session.

These words came from

a deputy from the green group for Madrid, whose pulse did not tremble when it came to vilifying the Minister again, this time through Twitter, where she subscribed to what was said.

From her party they also supported her intervention

in the Chamber and highlighted "the manliness" of her partner.

WHO IS CARLA TOSCANO?

Although hers was not a well-known face until these days, Carla Toscano de Balbín represents one of Santiago Abascal's bets in Congress.

She was born in Madrid 45 years ago, she graduated in Law from the Complutense University of Madrid and has a master's degree in Applied Linguistics to the teaching of Spanish.

, she is a spokesperson for the Commission on Gender Violence,

her job being to monitor and analyze all the state agreements that are taken on this matter.

It is precisely her anti-

that has led her to the position within the party in which she stands today.

Contrary to abortion, euthanasia and laws against gender violence, she usually expresses her opinions in a very emphatic way, both in her writings and in her explosions.

"We women want equality, without quotas or privileges for being women

and presumption of innocence for our children, boyfriends or husbands," she said in a message addressed to journalist Julia Otero and Irene Montero.

Also when it comes to dressing,

Toscano has a semiotic that is not only clear, but often very direct

Proof of this are their t-shirts with messages, many of which read phrases such as

"I love Patriarchy ("I love the patriarchy"), "Feminist lagrimas"

("Feminist tears") , "Stop feminazis" or "Stop false complaints". This outfit is usually worn on days that upset her especially, such as March 8, a date for her only means

"working and being a mother"

. For other occasions, she usually chooses more clothing elegant or rock or youth t-shirts from groups like Guns N' Roses or labels like Marvel.

Another of the great assets that Toscano has to connect with its public and make itself distinguished,

is to be very active and open on social networks.

"for the truth, good and beauty".

In her posts, often controversial, she often shares everyday thoughts and situations in which she always makes decisions that make her proud.

In one of her stories, she boasted

of having crossed out the word "gender" from a blood work sheet.

"Gender does not exist in people," she claimed.

"Happy 1936. And save the leftovers from today's dinner, you are going to need them," he

issued on his Twitter as a New Year's greeting.

Long before the commented song

interpreted by some people as a desire to return to the Civil War and by others out of fear of the return of a similar war conflict.

When it comes to

Donald Trump, even going so far as to wear a T-shirt supporting the former US president in 2020.

Beyond the political, Carla Toscano defines herself as a proud mother of two children and as a devout Catholic who likes to congratulate and celebrate all possible saint festivities.

She is a big fan of La Legión, religious pictorial and sculptural art, and

in her spare time she likes to read poetry.

She usually shares images of her favorite verses by Emily Dickinson or TS Eliot, Lope de Vega or even García Lorca, although the latter means that she is highly criticized

She is also passionate about classic cinema.

Resident in Madrid, in his last declaration of assets,

there is a two-story house in Jerez de la Frontera and 37.7%

of six farms in Asturias.

However, the congresswoman is very discreet with her privacy and that of her children,

whom she shows on networks, but always with her face covered.

Although she usually shares some family pictures or memories of her, little is known about her home life beyond the fact that within the family there is another special member:

As for her social life, she seems to be a close friend of Ignacio Garriga, current general secretary of Vox in succession to Ortega Smith.

In the past, she has engaged in a verbal battle with

Begoña Villacís over the parental pin.

She is also controversial among right-wing people like Macarena Olona, ​​who made her words ugly,

regretting that they overshadowed her criticism of Montero

Others condemn what was said, but they also remember the day that Iglesias spoke to him in the same way about Ana Botella.